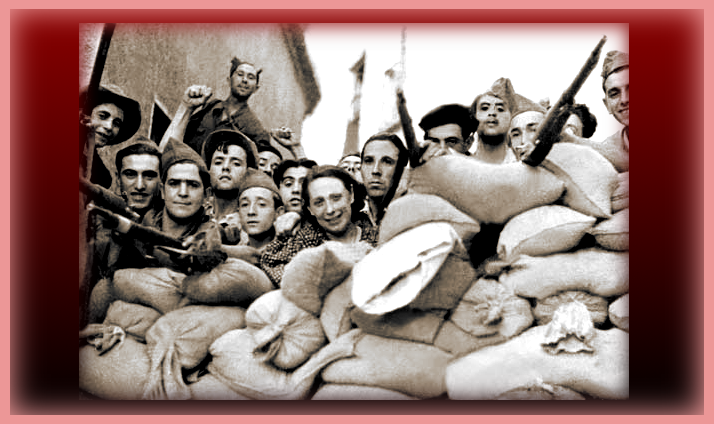 The Spanish Civil War (1936-1939) is one of the most important events of the early 20. century – and so much is ignored and so many lies circulate about it.

The reason is simple. In Spain the different factions of the ruling class have a lot to hide and the survivors are passing away. The existence of a self-organised working class, mainly influenced by anarchism, its courage and lucidity and the role that they played should be hidden at any cost.

Thus years of terror followed by years of “social peace” have covered a generation of fighters with obscurity and silence. Being the threads of the collective experience cut off it is time to re-write the history offering a version which glorify the current establishment. An army of journalist and academics have been mobilised.

The truth is that on July the19th of 1936, after the fascist military coup, the State collapsed. Then a revolutionary working class, mature after years of struggle, expelled the army from many areas of the country. Workers took control of their lives and enacted the most far-reaching experience of self-management that has ever happened. Neither the fascists nor the self called democratic or communist countries could allow this dangerous example to prosper.

Eventually the Spanish Revolution failed both due by its enemies and its own mistakes. Today, almost 80 years after, our intention is not to create a myth that is beautiful but harmless. We want to recover this part of the history of the Spanish revolutionaires which is the history of all freedom lovers and, of course, pay tribute to those who gave their lives for the emancipation of humanity.

reblogged with thanks from.. http://www.brightonsolfed.org.uk/