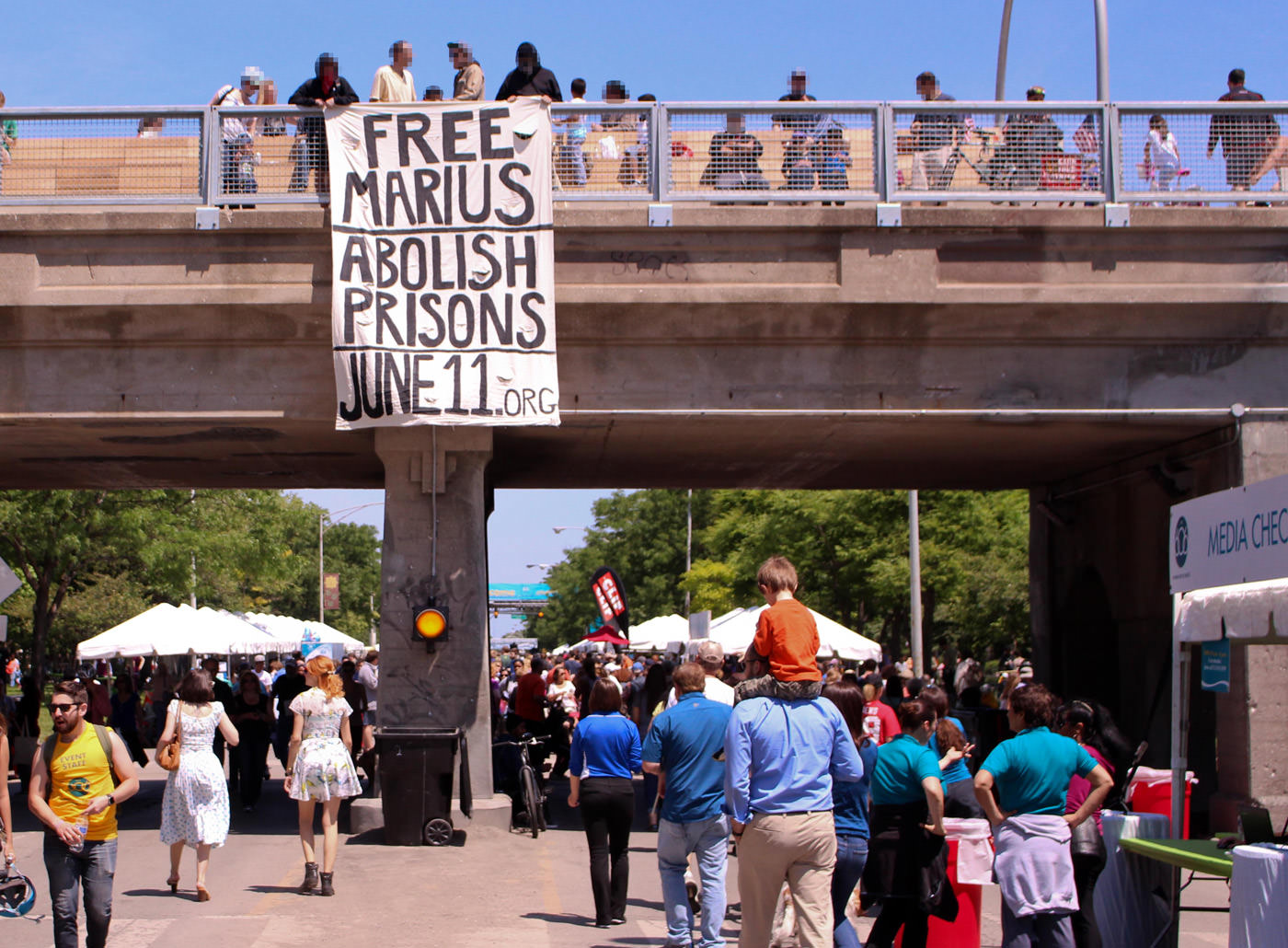 Each year, June 11th serves as a day for us to remember our longest imprisoned anarchist comrades through words, actions and ongoing material support.

In 2010, some people who care about Eric McDavid and Marius Mason met up to talk about what we could do to expand our solidarity with the two of them.

Our discussion grew to include the general state of anarchist prisoner solidarity in the United States, because we are all long-term anarchists and most of whom have relationships with many prisoners (including non-anarchists).

We found that Marius and Eric bore the brunt of ineffective prisoner solidarity. At our first gathering, we laid out typical prisoner support efforts. These centered on getting people out of jail and exchanging letters.

These all fall short of meeting Marius, Eric and other long-term prisoners’ needs and desires. We have known many prisoners who have no hope of getting out early and desire something more than what these efforts, however hard to define that something more is. 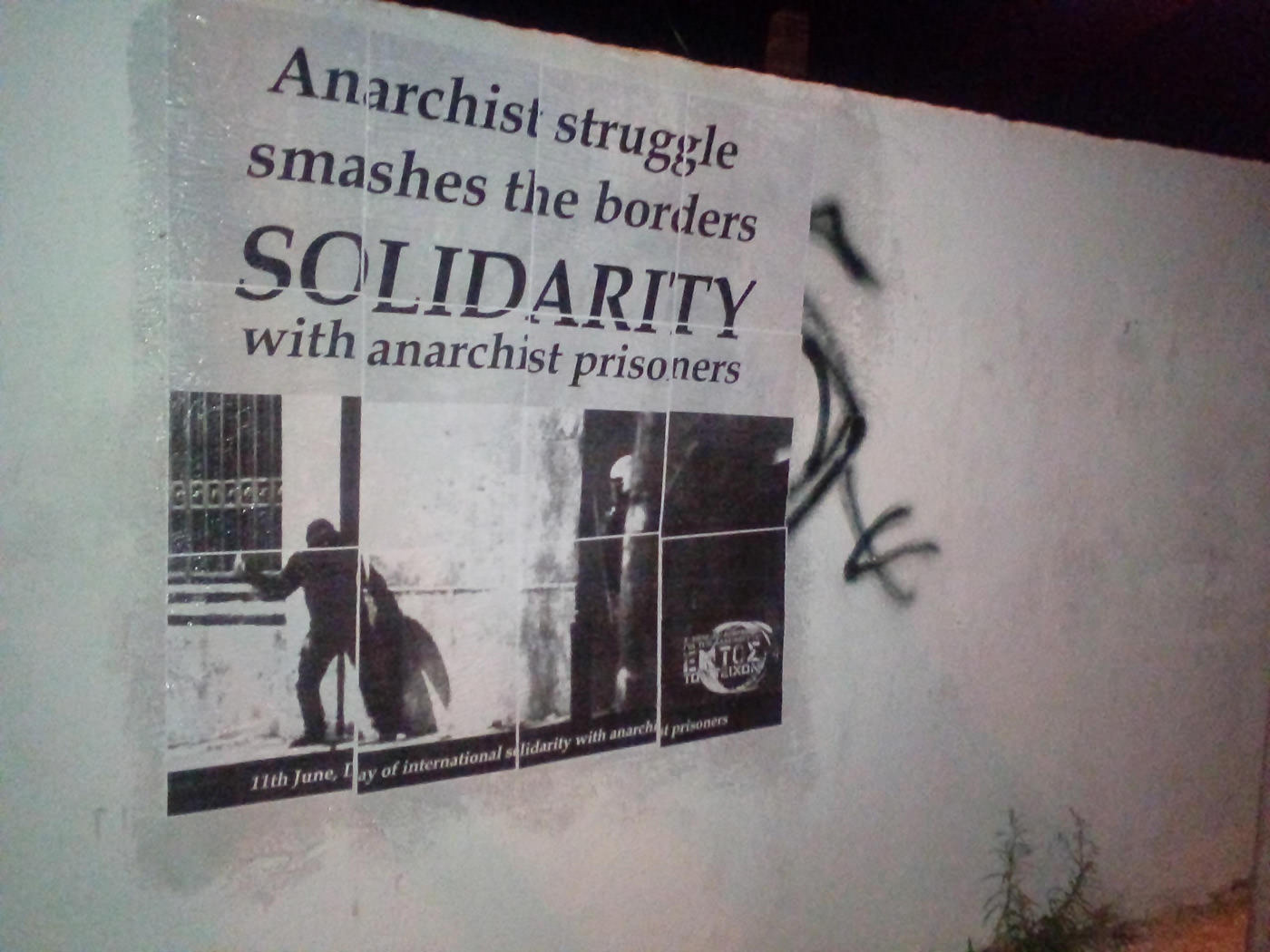 As our conversations grew, we also became concerned that many people around the world expressed solidarity for Marius and Eric readily and vigorously, but we in the US rarely returned support for international long-term anarchist prisoners.

Of course, we were not the first to come to these realizations. Many people have and continue to put hard work into tailoring their projects to better support prisoners and maintain relationships across barbed fences; we decided that June 11th would be our own collective try.

That date had previously been a day of solidarity with Jeff Luers, a former anarchist eco-prisoner. He agreed that we should renew the tradition, and we set to work.

We name Eric and Marius in specific, because we have relationships with them. At a basic level, we wanted to grow extensively their access to material support, and to make sure (intensively) that their names are not forgotten.

Furthermore, we want to help them stay connected to the people and projects they care about, so as impede the State’s attempt to isolate them emotionally and politically, as well as physically. [2]

The distinction “long-term” is not an arbitrary one. The focus that lots of prisoner support strategies successfully address is support of people in jail for short periods of time: best of all if only for a few days, then support typically tampers off after a few months, and then concentrates among very few people over the course of several years.

By the time the ten year mark hits, if no hope of getting out early stands, it seems possible for our friends in prison to be actually forgotten — not by their immediate loved ones, but by the larger milieus and movements among whom our prisoners count themselves.

We will not allow that to ever happen to Eric or Marius. While they are imprisoned, and afterwards as they adjust to outside life, we intend that they shall have every possible comfort and opportunity for conflict they could wish.

But our dreams are even larger than that: we intend to get them out of prison.

By which we mean that we intend to build such a swell of solidarity through attack against and contempt for prison that the State knows it must release them. This is our perspective, strategy and vision, one component of which cannot be cleaved from the others. We are uncompromising as we are anarchists. 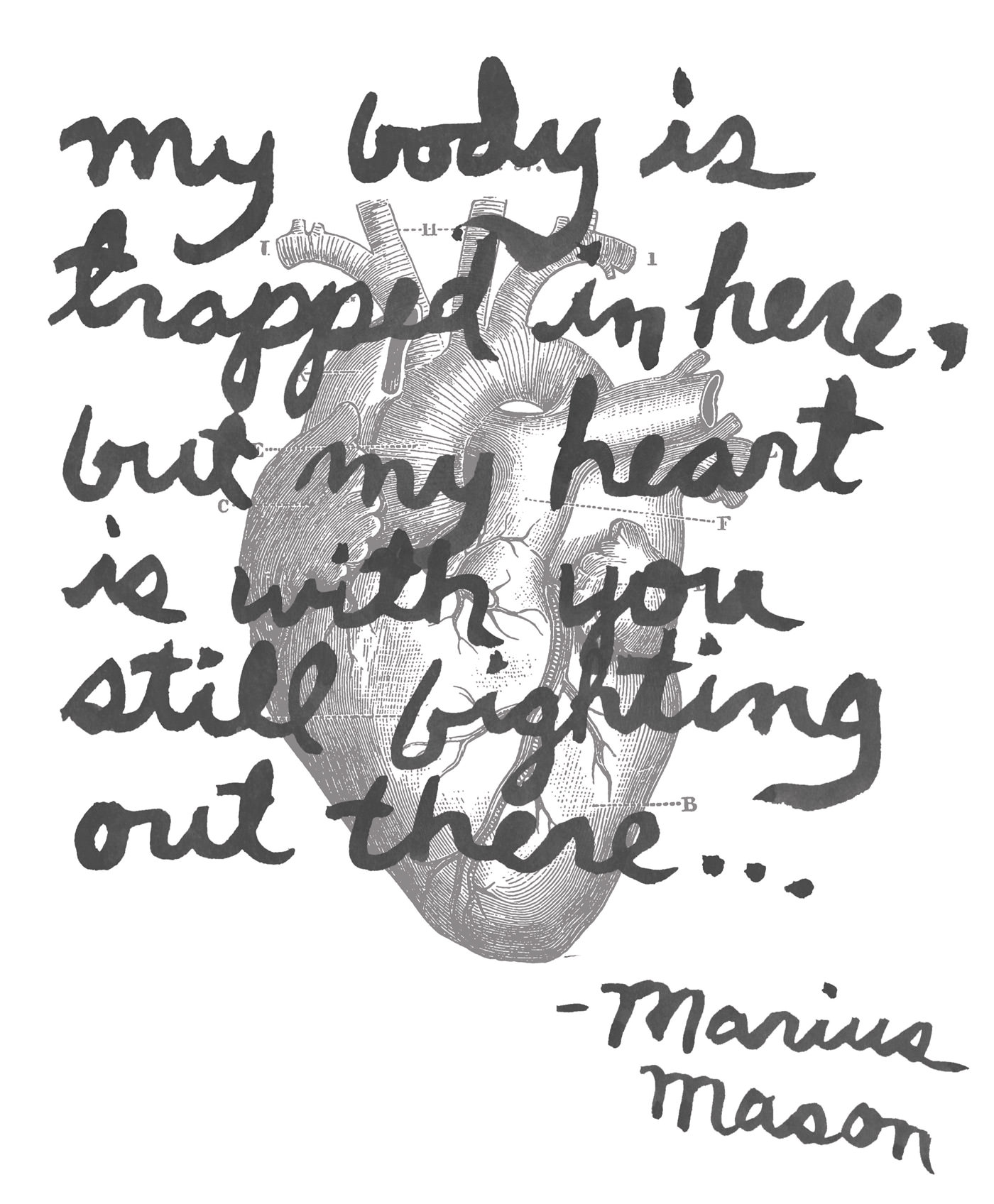 June 11th is the day of solidarity with long-term anarchist prisoners. This is not meant to exclude fighters for the earth and animals, because the ravagers of the earth, animals and humans are overlapping forces.

While some may insist on creating a binary between these two currents of struggle, we do not. Marius and Eric are both of those things, so are many (most?) long-term anarchist prisoners, so are most people working on this project. Our antagonism includes, and is larger than, thwarting the despoilers of the earth and enslavers of animals. We are against all of society.

Communication, Reflection and the Future

Of course, there are practical considerations that make our project difficult. For the most part, organizers of June 11th feel that we should not communicate directly with Marius or Eric about the project, though some of us have maintained our personal relationships with them. 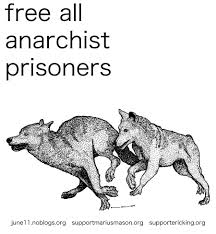 More than anything, we don’t want to endanger them, to make their lives in prison harder or more restrictive than they already are. Just like we wish for their contributions in all projects, we wish for more of their guidance on this project’s direction.

Unfortunately, due to state-controlled mediation, there are times when we can only regret the lack of intimacy in our communication.

That said we are no one in particular. While we feel responsible for the decisions that we make in framing and promoting this day, we do not desire any corresponding power and recognition that often comes from working on a well-known project. 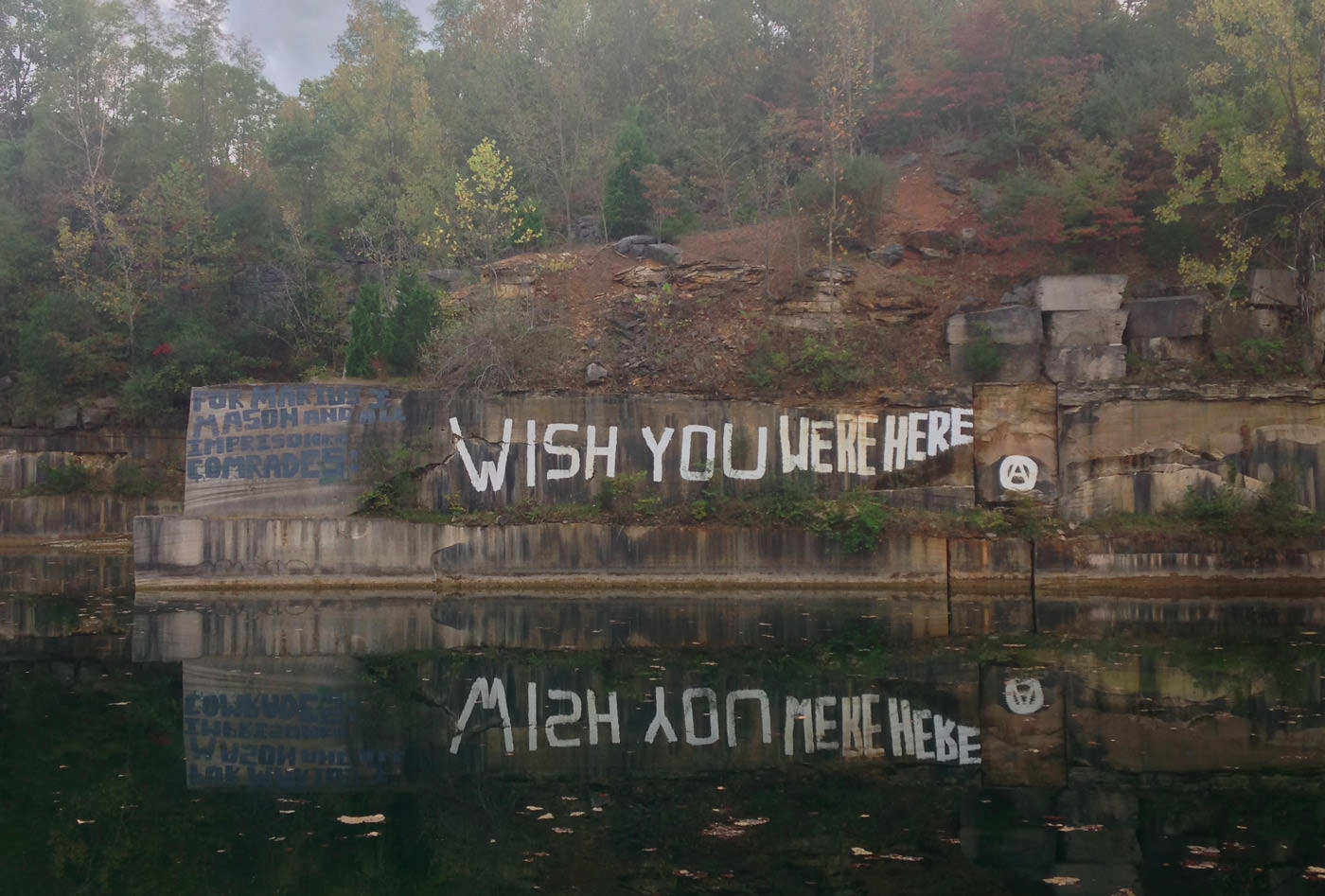 Our intention for June 11th solidarity is to encourage autonomous action, and we hope that the letters and money that prisoners receive from this day, and whatever word of other events that reaches them, are welcome.

On this basis, our project has succeeded in many ways. Each year, thousands of dollars are raised by June 11th events for Marius and Eric, as well as for other prisoners; as far as we know, June 11th is the largest source of material support for Eric and Marius. 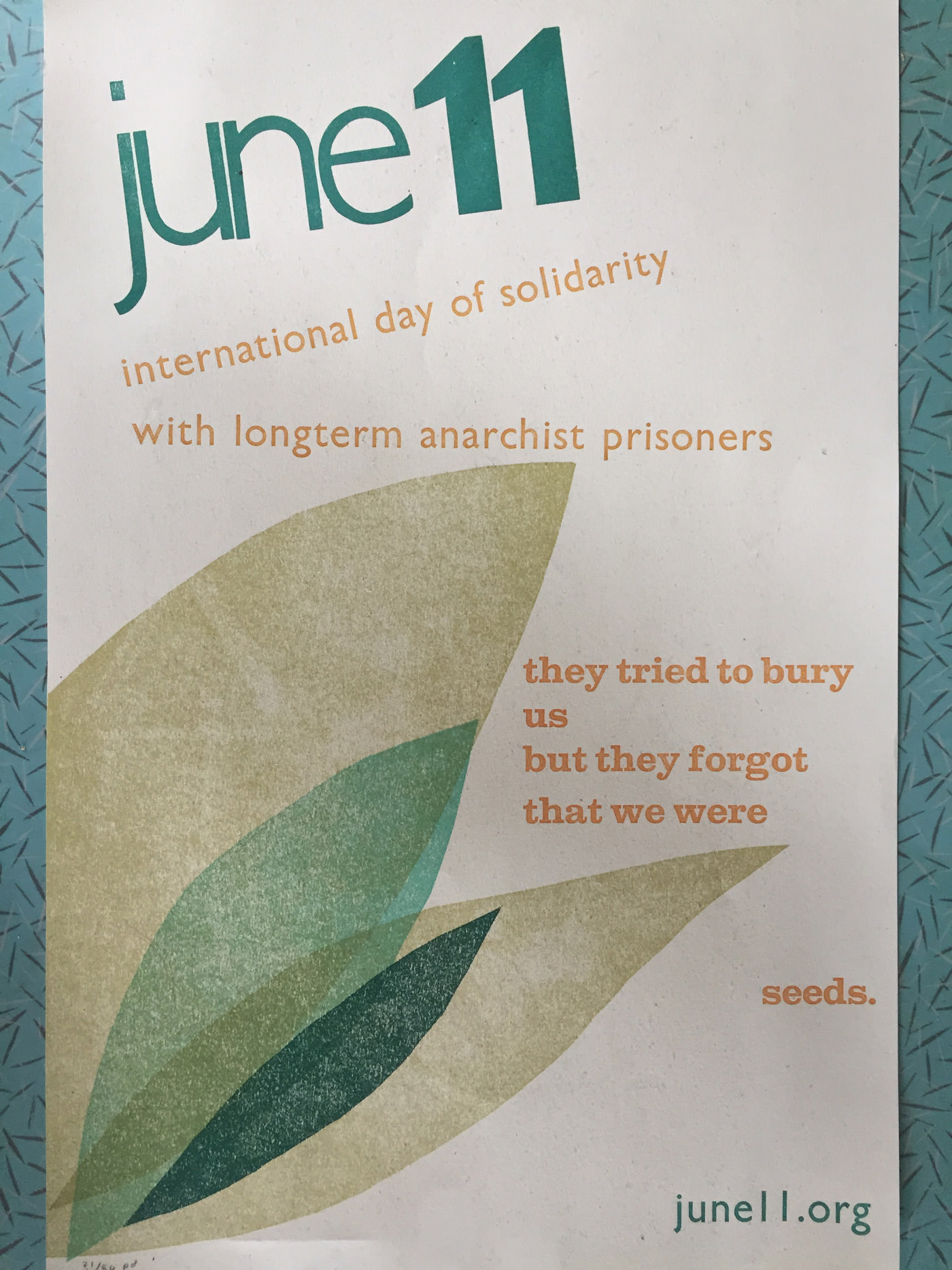 Even more importantly, their names remain fresh in the minds of anarchists and fellow travelers, where it might have otherwise been erased by the action of time and our quick-passing generations.

We have distributed endless amounts of propaganda, toured the US, seen hundreds of events from all over the world, and heard of many brave and effective attacks.

For 13 years, anarchists and environmentalists have observed June 11 as a day of action to mobilize around our imprisoned comrades. 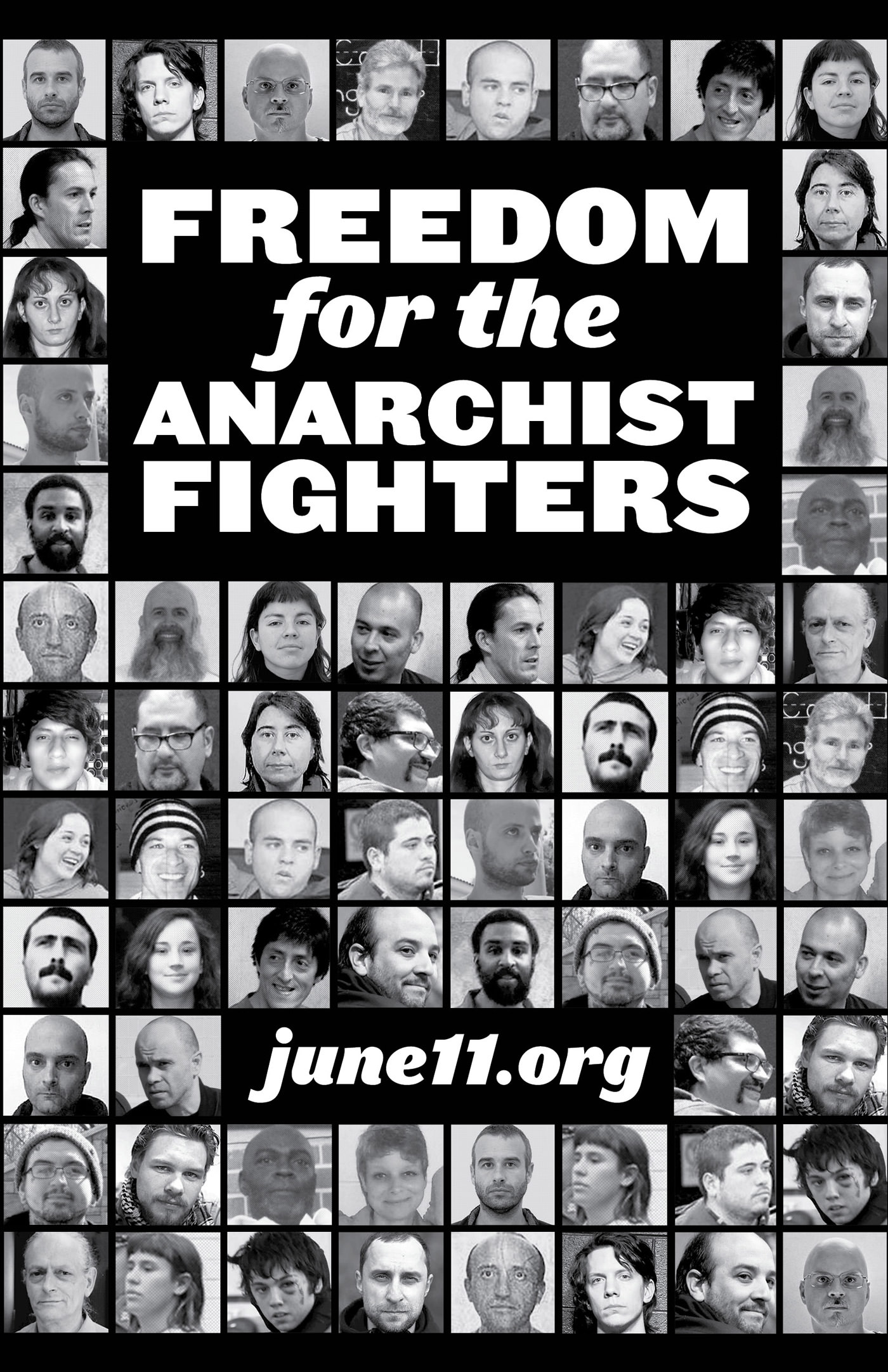 note: some of these  comrades are now FREE

Over that time, the pace of revolt has quickened, with so many uprisings, clashes, and anarchist attacks that it is difficult to count all of them—not to mention all the indictments, raids, mass arrests, grand juries, and deaths. In this constantly shifting terrain, it’s easy to lose track of the origins of our traditions.

Our goal here is to trace a short history of June 11 as a small contribution to the global rhythm of revolt. At the end, we’ve included a timeline illustrating how many people around the world have contributed to the momentum around June 11.

One thought on “June 11th.. Day to Support Marius, Eric and all Long-Term Anarchist Prisoners”