(GAZA CITY, Gaza.) #GreatReturnMarch #IDF shot six local journalists have suffered injuries according to unconfirmed reports while covering the second week of the Palestinian protest in Gaza, media has reported citing the ‘ ‘ Palestinian Journalists Syndicate ‘ and 992 were also injured.

from #AceNewsDesk – Apr.07: Editor says Palestinians burn tires to blind #IDF but it did not help to prevent more killings and injuries on Friday as the Palestinian Health Ministry in the Gaza Strip has confirmed that Israeli soldiers killed, Friday, seven Palestinians, including one child, and injured 992 others, in several parts of the coastal region. 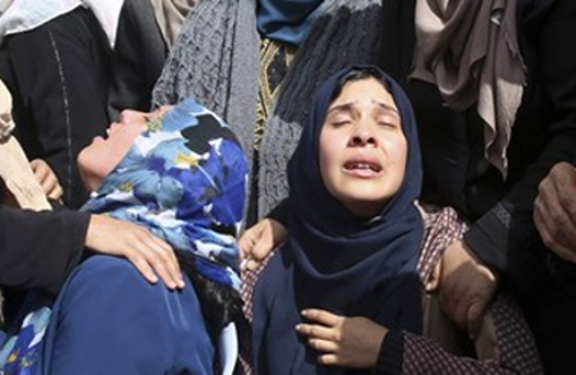 Dr. Ashraf al-Qedra, spokesperson of the Health Ministry in Gaza, said the soldiers shot 1070 Palestinians, 551 of them were rushed to the make-shift clinics on Palestinian lands hundreds of meters away from the border fence. END_OF_DOCUMENT_TOKEN_TO_BE_REPLACED

Susan Abulhawa is a Palestinian writer and the author of the international bestselling novel, Mornings in Jenin (Bloomsbury 2010). She is also the founder of Playgrounds for Palestine, an NGO for children.

by Susan Abulhawa  from Al Jazeera with thanks         When I was a little girl, like many women of my generation who grew up watching American television shows (even if they were dubbed in Arabic), I used to twirl and twirl, trying to attain super powers like Wonder Woman. I would twitch my nose to magically transform my surroundings, like Samantha from Bewitched.

These female characters were exceptions among the docile housewives, the efficient secretaries, and damsels in distress that pervaded the popular media of my time. Wonder Woman and Samantha had the power to change their lives, even if that power had to remain hidden, forever a secret. END_OF_DOCUMENT_TOKEN_TO_BE_REPLACED

Two sailing boats, Amal and Zaytouna, with 11 women on board each, sailed off on Wednesday evening under the banner “The Women’s Boat to Gaza”.

“We are carrying food and medicine on the boat that will be distributed to Gazans upon arrival,” Zohar Chamberlain Regev, a spokeswoman of the initiative, told Al Jazeera. 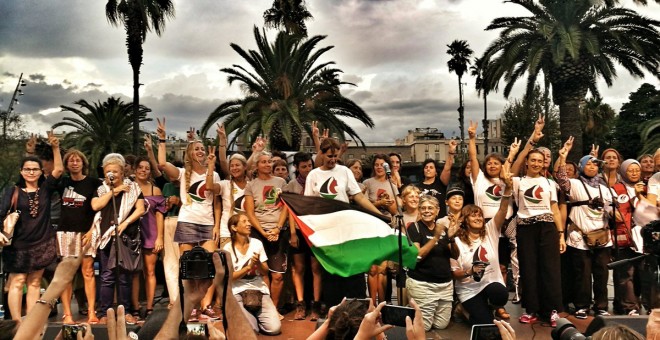 “But mainly we are carrying a message of hope and solidarity, because we think Gazans want that most of all.”

She said she had high hopes that the flotilla would not be stopped by the Israeli navy and reach the destination. END_OF_DOCUMENT_TOKEN_TO_BE_REPLACED

”This was about standing up for humanity. People lose their lives there daily. We see incidences of small children being jailed by Israeli soldiers. Land is stolen, homes are stolen and people are basically living in a prison. If this happened in any other country in the world there would be an outcry. It’s not a war, it’s apartheid and it’s barbaric”.

Why Celtic fans showed solidarity with the people of Palestine

shared from GLASGOW LIVE with thanks

Martin Milligan, one of the supporters involved in last night’s protest at Celtic Park writes for Glasgow Live explaining exactly why they took a stand.

‘Football against apartheid’ was displayed across flags

Last night hundreds of Celtic fans showed their support with the people of Palestine, flying flags inside the ground and protesting outside the stadium. END_OF_DOCUMENT_TOKEN_TO_BE_REPLACED 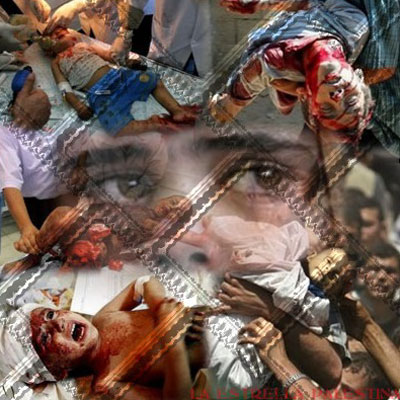 END_OF_DOCUMENT_TOKEN_TO_BE_REPLACED

‘‘The nation State takes advantage of our nationalist feelings to concentrate corruption, control  and money. The religious nation state is 10 times worse, guaranteeing totalitarian control by psychotic power freaks… Then there is the religious state claiming to be  the ‘Chosen Race’ and just one ethnic group, like Israel, which is a recipe for fascist genocide” 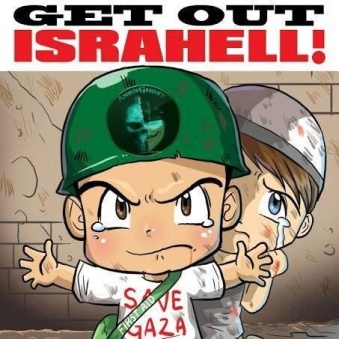 Hacker group Anonymous has  taken down the website of the Israeli secret service Mossad in protest of Israel’s military incursion in Gaza. The ‘hacktivists’ have already targeted a number of organizations in their mission to stop the “genocide.”

Mossad’s website went offline at around 00:40 GMT and is still down at the time of writing. The Israeli government has yet to make any comment on the supposed hack attack.

Anonymous launched a hacking campaign against Israel coinciding with the beginning of Operation Protective Edge on July 7. END_OF_DOCUMENT_TOKEN_TO_BE_REPLACED

There has been a recent crackdown on graffiti artists prior to the 2012 Olympics in London.Here are 2 new pieces by “Team Banksy“, featuring his personal take on the games. END_OF_DOCUMENT_TOKEN_TO_BE_REPLACED