statement, brushing it aside as just a “psychological action.”Later in the day, the Turkish military crossed into Syrian territory at the border town of Jarablus Several convoys of Ankara’s armored personnel carriers were seen making their way through streets.

Reported troop entry into Manbij comes after Kurdish YPG asked for government help in preventing a ‘Turkish invasion’. But a senior Kurdish

official, Ilham Ahmed, reportedly told AP that government troops have arrived but not yet entered the city.The military declaration came moments after the People’s Protection Unit, or YPG, made an appeal to P.resident Bashar al-Assad‘s government to prevent a “Turkish invasion”.

Thousands of Turkish paid jihadi mercenaries had gathered on the Manbij border backed by the 500,000 strong Turkish army, but can now only proceed risking a Turkish war with Syria. “The aim is to ward off a Turkish offensive,” Ahmed said. “If the Turks’ excuse is the [Kurdish fighters], they will leave their posts to the government,” she said.  Syria said no autonomy offer has been offered to the YPG, but they did not make demands that they disarm, as happened in Afrin. The US still has two posts around Manbij but they are due to pull out. Erdogan furiously  called the announcement a ‘False Psyop’ but Turkey will now  have to make new plans to continue its genocidal plot to expand the ´’Ottoman Empire’.

Trump’s abrupt decision to pull troops out of Syria has effectively given Ankara the green light to push into the remaining Kurdish-controlled areas in northern Syria.

After a long bloody siege Manbij was liberated from ISIS terror in 2016. Now with Trump’s sellout/betrayal and Russian and Syrian permission, the neo-fascist expanding Erdogan regime is letting loose its paid jihadi gangs to destroy the Manbij revolution, enslave women as before, and open the way for a real genocide in eastern Rojava.
Following the US decision to withdraw troops from Syria, the Turkish state has increased invasion attempts targeting Kurds. Massive invasion preparations are well advanced around Manbij area which will be a relatively easy target when the small US presence clears out.
Manbij is not even a Kurdish majority town and a unique independent multi ethnic and gender equal Council was set up after the SDF liberated it from ISIS  and successfully runs the area despite the Turkish blockade. END_OF_DOCUMENT_TOKEN_TO_BE_REPLACED

via SCF   By Abdullah Bozkurt

Two front aid groups that operate in Turkey’s southeastern border provinces near Syria, led by known militants of al-Qaeda and the Islamic State in Iraq and the Levant (ISIL), have been allowed to keep collecting new recruits to fight for armed jihadist causes in the permissive environment created by the Islamist government of President Recep Tayyip Erdoğan.

A high-profile Turkish al-Qaeda operative identified as Aytaç Polat has been involved in several charity outfits to mask his jihadist activities and appears to be untouchable despite the fact that his front association was named in court proceedings as an operation that sends fighters to Syria for enlistment with armed radical groups.

END_OF_DOCUMENT_TOKEN_TO_BE_REPLACED

Kino Gabriel, Christian spokesman of the SDF: The priority, now, is Efrîn ..   August 13, 2018  from kurdiscat.
The Syrian Democratic Forces spokesman (SDF) has denied that military units of his militia are moving to Idlib to collaborate with the Arab Syrian Army (SAA). “The liberation of Efrîn remains our priority. We are making plans and preparations for its release. ” Gabriel is part of the Syrian Military Council (MFS), Syrian Christian militia integrated into the SDF. END_OF_DOCUMENT_TOKEN_TO_BE_REPLACED

The report below on the women’s revolution in Manbij was written before their betrayal by the USA.  The Trump/Erdogan ‘roadmap’ plans to ‘hand over’ to the FSA jihadist terrorist mercenaries sponsored by Turkey the cities of  Manbij, Raqqa the ISIS capital and other areas where ISIS was heroically expelled despite heavy losses by the SDF, which includes the YPG/YPJ .

The agreement says that Turkey and the US  will ”jointly guarantee security”.  It looks like the city of Manbij, liberated from IS terror after a long and bloody fight, the first and shining example of the revolutionary ideals of Rojava applied to a multi ethnic area, will be attacked by Erdogan’s hired jihadi FSA, with US consent.

After liberation a new Manbij Council was set up, with women and all races and religions fairly represented, and it has prospered and gained popularity despite a near total blockade by Turkey. The Kurdish YPG/YPJ withdrew already in 2016 leaving security to the new Manbij Military Council, now they have also withdrawn their ‘advisors’ from that council, leaving Turkey no excuse for a direct attack.)

But Erdogan needs no excuse as seen in his genocidal invasion of Afrin and dozens of other war crimes. The USA, while claiming to stand for democracy, has sold out the only democratic revolution in the whole of the middle east in order to placate an evil mass murdering dictator and allow him to set up another repressive jihadi protectorate. END_OF_DOCUMENT_TOKEN_TO_BE_REPLACED

“The Erdogan government has taken the colonial ambitions of the Turkish state to a whole new level. Now the goal is to destroy all the achievements of the Kurds in the south and west of Kurdistan. If he can not achieve his purpose, then he will seek to encircle the Kurdish territories and drown them. END_OF_DOCUMENT_TOKEN_TO_BE_REPLACED 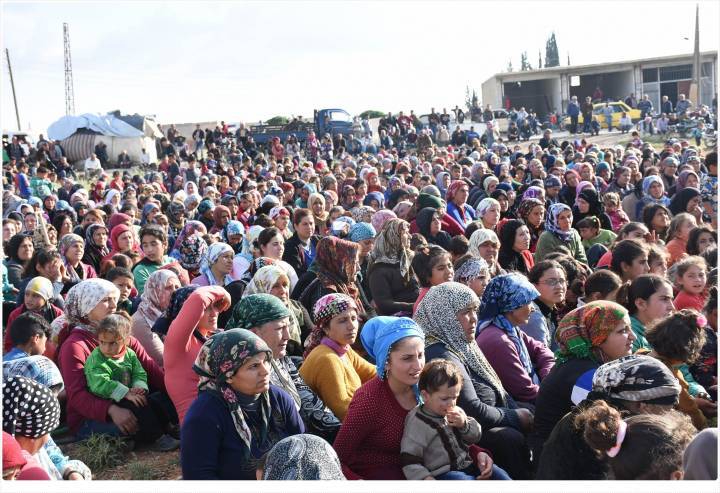 At the solidarity encounter END_OF_DOCUMENT_TOKEN_TO_BE_REPLACED

After 97 days of resistance against the second largest army of NATO, hundreds of thousands of people from the Afrín canton are still displaced and face difficult conditions. END_OF_DOCUMENT_TOKEN_TO_BE_REPLACED

Defend the Women’s Revolution: Bandages for Shengal and Afrin

Plan C is working with groups all over Europe to support the women’s military units in both Rojava and Shengal by funding “Celox” hemostatic dressings. The invasion of Afrin and the potential invasion of Shengal is the continuation of decades of oppressive, genocidal policies against the Kurds by the Turkish state.

But the revolution isn’t over and support is needed now more than ever. Bandages will go where they are most needed, we suspect Shengal will be attacked next but bandages will also be sent to Afrin. We are sending bandages to Shengal so that if it is invaded and borders closed there is already a supply.

Since its establishment the revolutionary project taking place in Northern Syria, the Democratic Federation of Northern Syria (DFNS) otherwise known as Rojava, has been under attack from all sides. Whilst fighting a successful campaign against ISIS it’s international enemies have attempted to strangle it with embargoes. END_OF_DOCUMENT_TOKEN_TO_BE_REPLACED

With the defeat of the IS in Syria and especially after the liberation of Raqqa in October 2017, the Turkish state intensified its threats and attacks on the Democratic Confederation of Northern Syria. On this background the Turkish occupation war on Afrin started on the 20th January 2018 violating international law and the sovereignty of its neighbour country.

The Turkish army has launched this war in cooperation with jihadist groups of the FSA ranks. Many of them are former Al-Qaida or IS members. Since the beginning of March, all districts and the city centre of Afrin had been under heavy bombardments, shelling and drone surveillance by the Turkish army targeting especially civilians.

#BreakSilenceOnAfrin One of the hundreds of former ISIS fighters who fled to Turkey, recruited as “FSA” and now is attacking Afrin together with turks. This is turkey’s war on Kurds.

On March 18th more than 200,000 people left the town centre and were evacuated in order to avoid a physical genocide. Since then the majority of refugees are staying in the Shehba region without security guarantees or international support.

In this new phase, the confrontation between the international powers and their interests is increasing all over Syria.

After 78 days of resistance against Turkish occupation war, hundreds of thousands of people from Afrin Canton are still displaced and facing difficult conditions. The Turkish army and its jihadist allies are implementing ethnic cleansing, assimilation and colonisation policies, making preparations to add the region Afrin de-facto to Turkey’s state territory.

At the same time thousands of jihadists have been transferred from Goutha to Afrin to create demographic changes and install an Islamic-Turkish order.

The resistance of YPG-YPJ forces in the all districts of Canton Afrin carries on, as well as the resistance of the displaced people from Afrin in Sherawa and Shehba region.

Civilians run for cover from explosions in the city of Afrin in northern Syria on March 18, 2018, after Turkish forces and their rebel allies took control of the Kurdish-majority city.

Turkey has extended it threats now towards Til Rifat/Shehba region, Minbij and Shingal. Moreover, the tension between the two blocks Russia-Turkey-Iran and the US lead International Coalition are growing.

The conditions of Afrin’s people displaced in Shehba region are still very precarious and insecure. However, works to build camps and to organised delivery of supplies and humanitarian aid are organised by the Democratic Self-administrations of Northern Syria and the Kurdish Red Crescent. END_OF_DOCUMENT_TOKEN_TO_BE_REPLACED