“The Erdogan government has taken the colonial ambitions of the Turkish state to a whole new level. Now the goal is to destroy all the achievements of the Kurds in the south and west of Kurdistan. If he can not achieve his purpose, then he will seek to encircle the Kurdish territories and drown them.

Erdogan started the latest aggression in the Kurdish region of Turkey

The Erdogan government broke off the peace negotiations and resumed its aggression through the security forces in Bakur (the Kurdish region of Turkey). It unleashed a wave of brutal repression and atrocities, including the siege of dozens of cities, causing thousands of deaths, hundreds of thousands of displaced people and the unconstitutional imprisonment of hundreds of democratically elected local representatives and Kurdish parliamentarians, in addition to imprisoning thousands of activists .

Illegal bombing and invasion of Afrin, in northern Syria, by the Turkish State

Recently the military aggression has spread, crossing the border of the Syrian territory. The Turkish state has bombed and illegally invaded Afrin, a Kurdish majority region that had been an oasis of peace in the midst of a country torn by war, a place of refuge and bastion of the democratic confederal project. This criminal invasion has caused hundreds of deaths and another wave of mass displacement of people. The most alarming are indications of plans for a large-scale ethnic cleansing of the Kurds.

Recently, the genocidal attack against the Kurds in Turkey and Syria has intensified further, through aerial bombardments. There are growing signs of an imminent large-scale invasion of Kurdish-Iraqi territories, in a new attempt to encircle and strangle the only area of ​​freedom in the region.

The heroic resistance of Kobane against the assassins of the Daesh supposed a point of historical inflection. The tenacious will of the Kurdish liberation movement to fight for its democratic confederal project became a focus of worldwide attention. This project offers the only viable alternative to the current spiral of violence and tyranny that engulfs the Middle East. 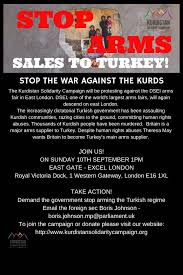 The Turkish state has responded with fury to the spread of the confederal democratic flame. Following the victory of Kobane, he has completely isolated the widely respected leader of the Kurdish liberation movement, Abdullah Öcalan, whose imprisonment in inhumane conditions on the island of Imrali is approaching his twentieth year. This forced silencing of Öcalan since March 2015 has been a crucial step taken by the Turkish State in its declaration of total war against the Kurds.

Break the silence against the invasion of Kurdistan by Turkey

In the Afrin invasion, Russia opened the airspace of Syria to the Turkish air force and the dominant international forces (the USA and the EU) remained silent. A similar silence is maintained during the attacks on southern Kurdistan. International complicity leaves the Kurds vulnerable to massacres anywhere in Kurdistan. 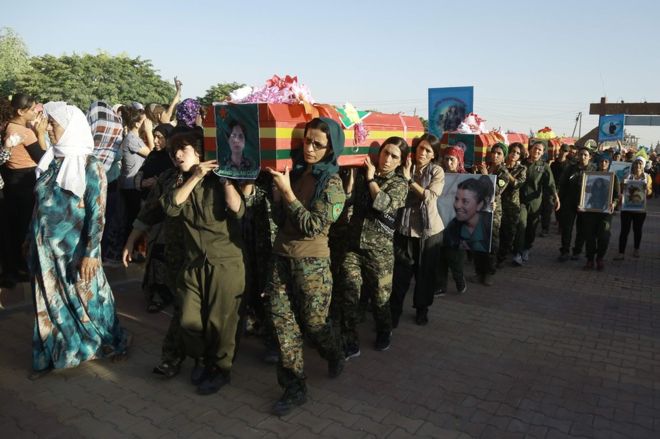 We call on all governments and international alliances (the UN, NATO, the European Union, the Arab League), as well as the democratic peoples of the world, to oppose Turkish aggression.

We call on all political parties, human rights organizations, trade unions, activists and international institutions to support the struggle for the freedom of Kurdistan.

To this end, we announce May 26, 2018 as a Global Day of Action against the Turkish invasion of Rojava (northern Syria) and Basur (northern Iraq).

To join, send name of the organization, group or association to:         Kurdish.women.movement@gmail.com