Reporter Carey Gillam has the story (The Guardian, 5/22): “At the age of 46, DeWayne Johnson is not ready to die. But with cancer spread through most of his body, doctors say he probably has just months to live. Now Johnson, a husband and father of three in California, hopes to survive long enough to make Monsanto take the blame for his fate.” END_OF_DOCUMENT_TOKEN_TO_BE_REPLACED

***A WARNING FOR THE SENSITIVE: THERE WILL BE EXTREMELY GRAPHIC VIDEOS AND PHOTOS BELOW OF THE EFFECTS ON CHILDREN OF AGENT ORANGE. END_OF_DOCUMENT_TOKEN_TO_BE_REPLACED 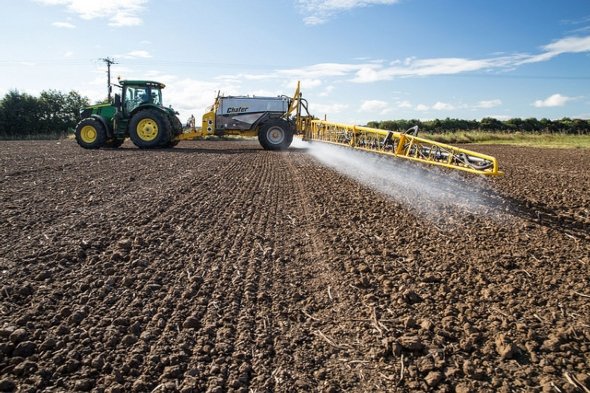 END_OF_DOCUMENT_TOKEN_TO_BE_REPLACED

Do you ever walk through someone’s home and take note of items that could potentially be hazardous to their health? I know I do! I don’t mean to judge, but I can’t help but notice when people have fluoride-filled toothpaste sitting on their bathroom counters or chemical-ridden cleaners hiding in their cabinets. But, what if some of these items are sitting in your own home?

Most people have toxic products linked to cancer in every corner of their homes, often without even realizing it. It’s not like the labels of these products all have a huge warning sign that reads, “I can cause cancer!” 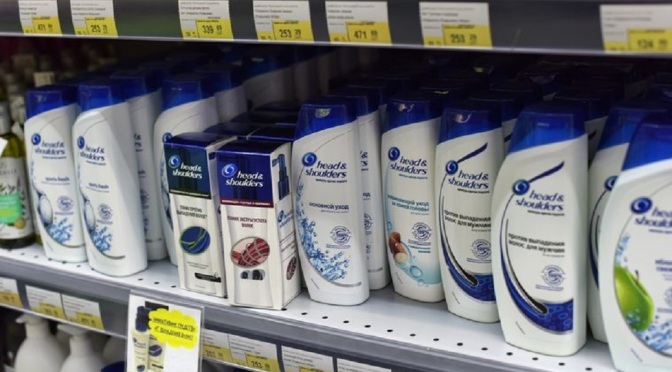 Nevertheless, whether people knowingly purchase these cancer-causing products or not, we need to educate one another on their potential harmful effects.

The following list highlights some of the most popular products found in North American homes that are linked to cancer:

One of the most common items hiding in most people’s homes are chemical-ridden hair products, particularly shampoos and conditioners. Some of the typical chemicals within conventional shampoos include sodium lauryl sulfate (SLS), parfum/fragrance, parabens, synthetic colours, and more.

Parabens are a known carcinogen, as they’re directly associated with different types of cancer; for example, one study found that 99% of breast cancer tissues tested had parabens in them. Some common ingredients in parfum/synthetic fragrances are benzene derivatives, aldehydes, phthalates, and many other toxins associated with cancer, birth defects, nervous-system disorders, and allergies. END_OF_DOCUMENT_TOKEN_TO_BE_REPLACED 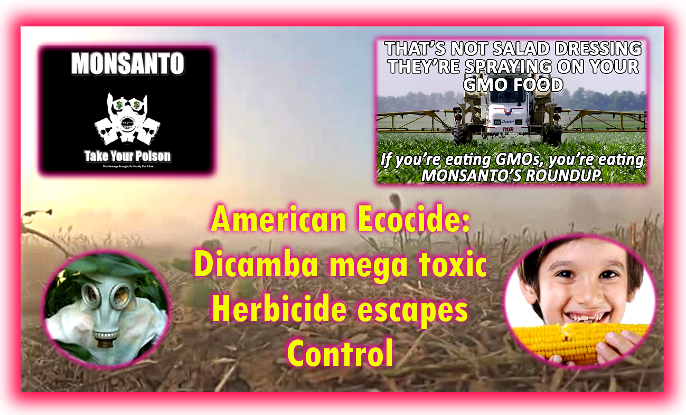 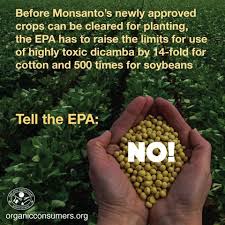 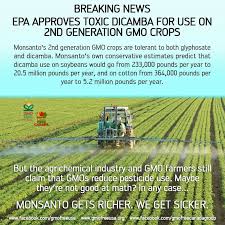 Government officials and manufacturers Monsanto and BASF deny the charge, saying the system worked as Congress designed it. END_OF_DOCUMENT_TOKEN_TO_BE_REPLACED

Like Loading...
In Europe millions have come out against Monsanto’s top selling, cancer causing, herbicide Roundup, forcing the pro-business European Commission  to ban it, only to then slip in a clause giving it 2 years more at least. But several countries and hundreds of Cities and Local Councils have already prohibited glyphosate spraying and now the movement has spread to Canada with the focus that wildlife is also being decimated.

by: Daniel Barker shared with thanks from Natural News

Canada’s New Brunswick province has lately become a center of controversy regarding the use of Monsanto’s Roundup herbicide, and the latest revelations involve the decline of deer populations due to widespread spraying of glyphosate – the active ingredient in Roundup.

Environmentalist groups are calling for a ban on the use of glyphosate for “forest management” purposes, after it was revealed that deer populations in the province have been reduced by half since 2007.

Groups such as Greenpeace and “Stop Spraying New Brunswick” are also demanding a review of “for industry and by industry” provincial forest management strategies, which appear to be largely focused on creating more timber for pulp mills, with little regard for the environment or taxpayers who are footing the bill for the spraying – whether they like it or not. END_OF_DOCUMENT_TOKEN_TO_BE_REPLACED

by: L.J. Devon, Staff Writer at Natural News. shared with thanks

The dominance of GMOs in agriculture today is not based on their free market success. GMOs are prevalent because governments around the world subsidize these seeds, forcing small holders to introduce them. In this way, governments routinely assist biotech corporations in the takeover of a nations’ agriculture and farmer’s seed sovereignty. Of course, it’s all done under the guise of “feeding the world!” But this couldn’t be further from the truth.

In fact, observations in Africa have found that smallholders in South Africa are actually burdened by genetically modified maize, which was forced on them through government program interventions starting in 2001. A paper in the South African Journal of Science by researchers Klara Fischer, Johnnie van den Berg and Charles Mutengwa found that South African smallholders would benefit more from a diverse selection of seed that is suitable to various growing conditions and changing pest pressures. END_OF_DOCUMENT_TOKEN_TO_BE_REPLACED

It’s easy to demonstrate (see below) that this is  a campaign of lies.  ‘Golden Rice’ has been a total flop, still doesn’t exist and so hasn’t even been presented for legalisation, never mind blocked.

But the damage is done.. GMO big money allies with the right wing popular media and gullible celebs to broadcast the populist message, repeated forever in the media and in homes and bars worldwide ..that ‘stupid reactionary greens are causing millions of deaths by blocking GMO ‘miracle rice’.

By the same token if anti-GMO activists had the same money and influence they could send a true and proven  message.. That by allowing and promoting GMO crops designed to work with the ‘probably carcinogenic’ glyphosate weedkiller the industry is profiting from a crime against humanity and nature, no less than a huge and continuing massacre worldwide, and has been knowingly doing so for decades! .

by Claire Robinson. shared from The Ecologist with thanks

Greenpeace is being criticized for blocking GMO golden rice – even though the crop is years away from being ready, reports Claire Robinson

A new pro-GMO propaganda campaign has been launched in which, in the words of a Washington Post article, “more then 100 Nobel laureates have signed a letter urging Greenpeace to end its opposition to genetically modified organisms (GMOs). END_OF_DOCUMENT_TOKEN_TO_BE_REPLACED

”All in all this is adding up to a refreshing popular revolt against the GMO death industry. Hooray for those of us who wish to live”. 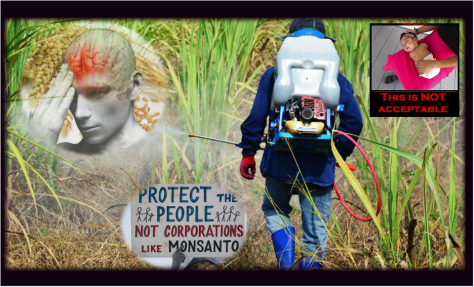 This dramatic and encouraging developments suggest that for the first time the power of GMO agrochemical giants like Monsanto and Syngenta, Dow and DuPont, BASF, Bayer could undergo a devastating defeat.

Were this to happen, it could well be the death knell for the misbegotten Rockefeller Foundation Genetic Manipulation project that has destroyed much of Western farmland and poisoned hundreds of millions of GMO fed farm animals and humans.