By Lorenzo Serna,  at Unicorn Riot   shared with thanks 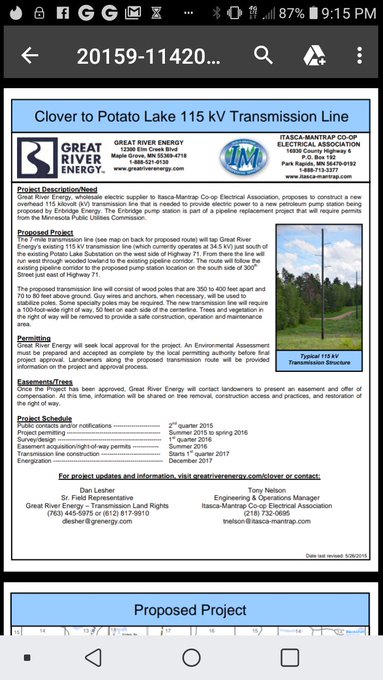 The water protectors attached themselves with lock boxes to machinery in a non violent direct action that stopped construction of power lines being built for Line 3. While the lockdown was occurring, @ResistLine3, a twitter account that describes itself as, “Direct action to stop the Line 3 tar sands pipeline. #StopLine3″,shared copies of the permit applications of the construction project shut down by the water protectors direct action.

Application for permit from Great River Energy to build a transition line to power @Enbridge Line 3 pump station. Work on this site has been shut down for over 4 hours! #StopLine3

The language in the permits states that the the power lines are for Enbridge’s proposed project that’s part of a replacement project.

“115 kilovolt transmission line that is needed to provide electric power to a new petroleum pump station being proposed by Enbridge Energy. The Enbridge pump station is part of a pipeline replacement project.“

That proposed pump-station is intended to be attached to the new tar sands Line 3 pipeline that as of Monday morning is no longer approved in Minnesota.

While water protectors took action to shut down Line 3 construction, the paper war continued in the state as the Minnesota Court of Appeals agreed with a coalition of tribes, indigenous rights groups and environmental groups with an opinion which stated,

“We agree that the FEIS [Final Environmental Impact Statement] is inadequate because it does not address the potential impact of an oil spill into the Lake Superior watershed. Accordingly, we reverse the commission’s adequacy determination and remand for further proceedings consistent with this decision.“

Enbridge stated their disappointment in a post on their website but also pointed out that the court had sided with them on eight of the nine disputes. Enbridge ended their response post by saying,

“We are in the process of a detailed analysis of the court’s decision and will consult with the MPUC and other state agencies about next steps.“

A press release from the Ginew collective which describes itself as a, “a grassroots, frontlines effort led by indigenous women to protect Anishinaabe territory from the destruction of Enbridge’s Line 3 tar sands project,” gave statements on why the three water protectors took action.

“Enbridge pretends to follow the process while it is busy bulldozing through our forests and wetlands,”

“This is a years-long plan to send more dirty tar sands through Minnesota, don’t be fooled into thinking they won’t destroy as much as they can while they wait for their final state permits,”

“This is a step towards decolonization, Enbridge is carving up the planet and our government doesn’t care. Today it’s my turn to put my body between the planet I want to protect and the attacks against our water, our climate, and Native sovereignty.”

They’re free!! These are the three water protectors who stood up for the planet yesterday by locking themselves to machinery to stop its operation in building line 3. We are so thankful that they are out of jail and back with their friends and comrades. However they still will have legal and court costs in the coming weeks. Please donate to their legal support fund here paypal.me/nfldal3 .

To support more actions like this to stop the black snake Line 3, donate to https://bit.ly/stoppipeline3

The Ginew collective’s statement also pointed out that this ongoing construction continues despite Enbridge not having water crossing permits,

“Minnesota has not issued the Minnesota Pollution Control Agency (MPCA) or DNR permits required for Line 3 construction across wetlands or water crossings. Minnesota announced the 401 water quality certification process will not be complete until fall 2019.“

These actions and decisions are just the latest in a ongoing resistance in Minnesota against Enbridge’s tar sands oil project. This latest direct action, comes on the heels of years of multifaceted resistance in court rooms and in the forests of Minnesota to #StopLine3.

By Lorenzo Serna,  at Unicorn Riot

MidCat/STEP gas pipeline between France and Spain was just cancelled!

People power has won another victory against fossil fuels: the MidCat/STEP gas pipeline between France and Spain was just cancelled!

Yesterday the French and Spanish energy agencies announced that the pipeline, which was meant to link the two countries, was scrapped. The controversial fossil fuel project would have damaged communities and the environment, and was terrible news for the climate.

This is a HUGE win for the local communities in Catalonia and France, who have been campaigning and protesting for years. END_OF_DOCUMENT_TOKEN_TO_BE_REPLACED 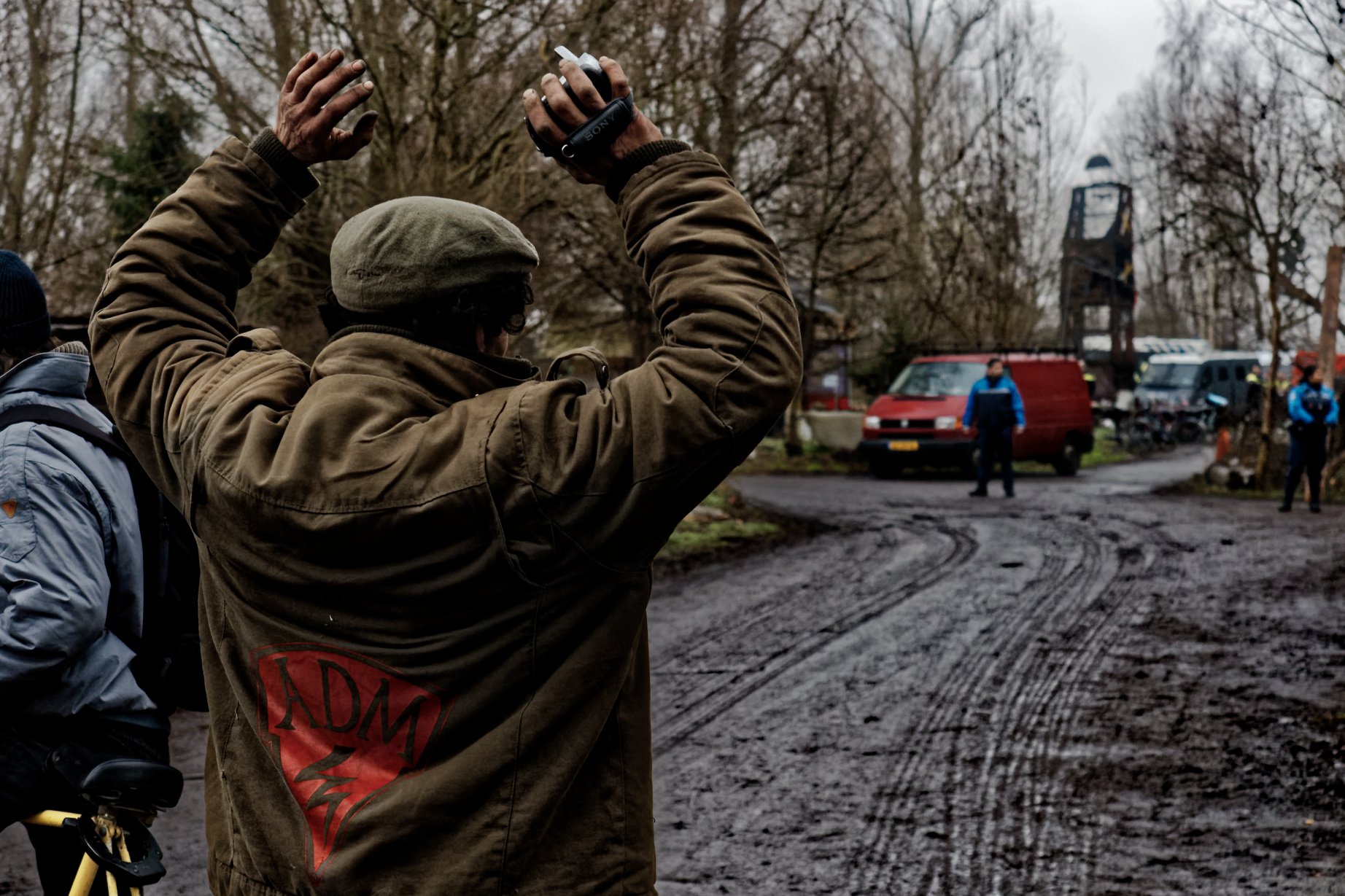 The ADM eviction has started on Nonday morning, 7 january 2019. Time line, pictures, videos and more news are to be found on Indymedia Nederland.

No statement at the moment about this eviction on the ADM website. More news to follow as soon as possible…

Noise demo for our friends that are still in jail (tuesday 8 january 14:00u)

All of them have employed the techniques of classic fascism: demonizing political opponents and the media, rhetoric endorsing violence, stoking chauvinistic nationalism, scapegoating marginalized people. END_OF_DOCUMENT_TOKEN_TO_BE_REPLACED

Sam Dallyn reports on a digital currency setting up new, cooperative alternatives to currency systems which hand over power to unelected central bankers.

Cryptocurrencies like Bitcoin have earned a deserved reputation as a murky world of bubbles, wasteful energy consumption, pump and dump schemes, and volatile price rises and drops.

Yet the possibility that a cryptocurrency could offer opportunities to create radical alternative finance outside of capitalism and central banks has gained real credence. One cryptocurrency that could present a genuine exception to the story of cryptocurrencies as tools for financial speculation: FairCoin and FairCoop, the international cooperative movement that supports it.

FairCoin was created in 2014 as an eco-friendly, post-capitalist cryptocurrency, its ideals and principles emerged largely from the Catalan Integral Cooperative (CIC) in Spain, which is a radically autonomous network of cooperatives and social movements based in Catalonia that uses the social currency, Ecos. END_OF_DOCUMENT_TOKEN_TO_BE_REPLACED

Together with groups and partners, including #GasdownFrackdown, we called for action targeting banks for their role in financing fossil fuels. Here are some of the highlights:

55 seconds of collective energy. 7000 participants from all over Switzerland. 2 strong messages: the time has come for ambitious action on climate change. The SNB must divest from fossil fuels. #ClimateAction pic.twitter.com/tKC5at6Q8x Activists reading out their demands in the Barclays Oxford branch.

Activists carrying pipeline pieces that read “Gas is as natural as mass extinction”.

Banner drops, rallies, & conferences, from Germany to Bali to South Africa! & only the beginning of #GasdownFrackdown!
In solidarity with the struggle against gas, an ally in Italy closes his account w. @intesasanpaolo bank!
The fight is global, but so is our solidarity! pic.twitter.com/ImL60wLMDW

Feel inspired by what others have been doing? It’s not too late to take action this week: Find all the information you need in our Step by Step Action Guide. Follow us on Twitter to always hear about the latest actions.

Hambacher Forest: Another day is over in this tough, weeks-long eviction by police and state machinery for the profits of RWE and their coal lobby.After the destruction of Oaktown, Gallien, Cozytown, Beechtown and Kleingartenverein, Lorien is the last major occupation that is still fought for. For days, the police there tried to evict the people from their tree houses

Call out for a decentralised day of action on Sun. September 30: Hambi stays! #HambiBleibt/We do not want a coal phase-out by 2038 nor 2030, rather we want to get out of coal immediately. We need to get out of this globally devastating dirty energy that has no future…  ……

END_OF_DOCUMENT_TOKEN_TO_BE_REPLACED On 7 continents, in 95 countries, with 900+ actions, people worldwide demanded real climate action from their local leaders.

People worldwide displayed the growing strength and diversity of the climate movement.

Together they showed the world what real climate leadership looks like. People everywhere are turning away from the age of fossil fuels and it’s time for politicians to follow. There’s no time to lose.

In 2018 the world experienced unprecedented climate impacts. From catastrophic heatwaves and devastating droughts to deadly wildfires and extreme storms — the world saw the first glimpses of what the future could be without urgent action to solve the climate crisis. …. 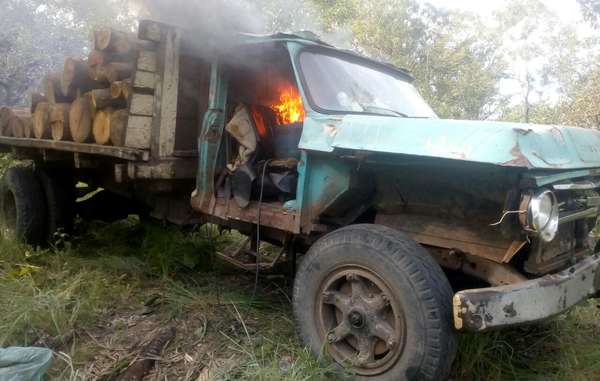 shared with thanks from Survival International   A leader of an Amazon tribe acclaimed for its environmental defenders has been killed, the latest in a series of deaths among the tribe. The body of Jorginho Guajajara was found near a river in the Brazilian state of Maranhão. He was a leader of the Guajajara people, acclaimed internationally for their work as the ‘Guardians of the Amazon’ in the most threatened region in the entire Amazon. END_OF_DOCUMENT_TOKEN_TO_BE_REPLACED