All of them have employed the techniques of classic fascism: demonizing political opponents and the media, rhetoric endorsing violence, stoking chauvinistic nationalism, scapegoating marginalized people.

All them possess a disgruntled, demoralized, yet loyal base of supporters, and regularly connect with them through rallies that ridicule or bully those who dissent or disagree from their position.massive dam break on the Doce RiverAll of them manipulate information to spread confusion, false information or to obfuscate facts. But the most important thing these men share in common is their eagerness to wed corporate and state power, the hallmark of fascist governance.

All of them sit atop treasure troves of “exploitable resources” and it is for this reason alone that they are lauded among the global capitalist elite. 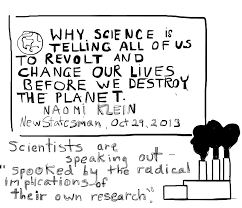 Case in point, Bolsonaro received a lavish endorsement from the Wall Street Journal, the essential mouthpiece for the 1%. This should come as no surprise since their primary readership is the moneyed elite whose coffers only stand to burst with more spoils of the earth from this latest political disaster.

But there are similar sentiments elsewhere. The financial newspaper Handelsblatt reported that German business leaders are “unfazed” by Bolsonaro’s election and are even “hopeful.”

Even the Canadian Broadcasting Corporation (CBC), a media outlet that is supposed to be public, had the gall to suggest that this victory might be just what the Canadian economy needs. Of course, this “Canadian economy” is comprised of the wealthy mining and logging sectors alone which have already devastated vast swaths of Central and South America.

Indeed, there are scores of multinational companies that must be salivating over the prospect of legalized looting they will be allowed to do under a Bolsonaro government. And they understand that they will likely get a pass for inevitable disasters.

Companies like BHP, the Anglo-Australian mining company that is responsible for a massive dam break on the Doce River in 2015 that killed at least 17 people, displaced thousands, and polluted the river and beaches along the Atlantic coast. It was one of biggest environmental disasters in Brazil’s history.

To the 1% Bolsonaro’s sexism, racism and homophobia are a non-issue.

His pining for the days of military dictatorship, endorsement of torture, or the slaughter of political opponents aren’t of concern either. On the contrary, these are minor footnotes on their blood soaked ledgers. While they might prefer a more polished figurehead to give inclusive sounding speeches that preserve the status quo of global capitalism with a pleasing face, they are completely fine with an outright fascist at the helm too.

Look at the corporate leaders who have met with and gushed over India’s Modi to get an idea how this works. Given this, why would the complete destruction of the Amazon rainforest give them pause?

To them this region of astounding biodiversity is a treasure trove of capital investment and extraction.

The Amazon rainforest loses an area the size of Costa Rica every year due to deforestation from the palm oil, soy, logging and beef industries. Illegal extraction activities, too, have defiled river ways and assaulted indigenous peoples on their ancestral lands. 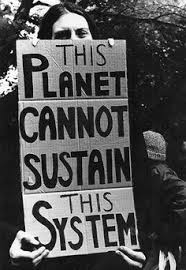 Indeed, the neoliberal economic policies of prior governments and championed by the liberal status quo had not prevented the ongoing destruction of the region or protected indigenous peoples.

In fact they aided corporations who sought profits over the planet or people. But Bolsonaro stands to step up the carnage and open indigenous lands and areas that are now protected from the incursions of big industry.

From the Athabasca to Standing Rock to the Niger Delta to the Amazon and beyond, the earth and its peoples are under attack. Those who are leading this assault are without conscience or rationality. 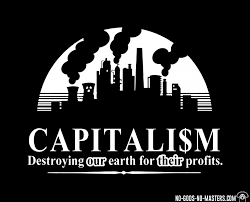 They are apathetic to the existential crisis we face as a species because they sincerely believe they can buy their way to higher ground; and they are virtually untouchable by the rule of law which in most cases has been constructed to protect their interests.

They are a supranational capitalist class whose power lies in the dictatorship of money. But while they wield great power, they are not all powerful.

As the late Ursula LeGuin reminded us, “any power can be resisted,” and this truth is no more urgent to understand and take hold of than at this moment in history. But resistance cannot come from the status quo establishment.

After all, this is the same machine that produced fascists like Trump and Bolsonaro in the first place.

Resistance must be radical and it must be global because, given the circumstances and our collective predicament, only a radical paradigm shift offers a chance of creating a different world than the dystopic one we are seeing unfold before us.

2 thoughts on “Fascist Capitalists Triumph! Resist in every Possible Way”