from Bob Henson  ·shared with thanks.   August 1, 2018,     The intense heat that has waxed and waned across various parts of Europe this summer is on the move once again, and residents of Spain and Portugal need to be prepared.

Temperatures could approach or exceed all-time highs across parts of the Iberian Peninsula from Thursday to Saturday.

A ridge of high pressure that’s been lodged over and near northern Scandinavia will be eroding later this week, as a separate ridge builds northward from Africa and a trough approaches Europe from the northwest.

This pattern will pull hot, dry air from Algeria and Morocco into the Iberian Peninsula (Spain and Portugal), along with some Saharan dust. By the weekend, a building surface high across Ireland and Britain will help push the scorching air mass back southward across the higher terrain of central Iberia. This will lead to downslope flow across parts of Portugal and southwest Spain that could heat the air even further. 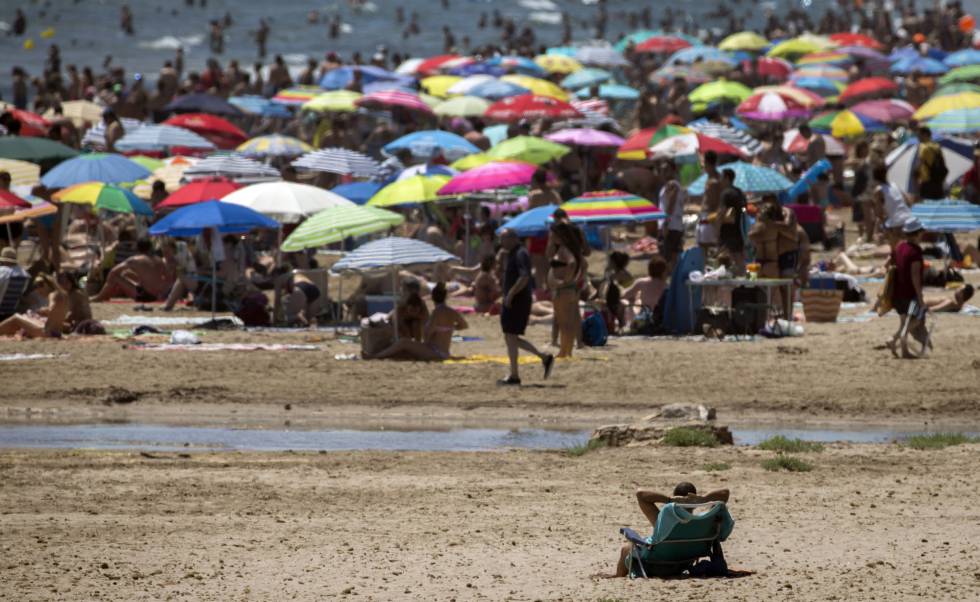 The expected pattern is so extreme that the surface-temperature predictions of forecast models have to be approached with a grain of salt. Such models often struggle when trying to get a handle on the most unusual situations, especially when surface temperatures have a chance of going “superadiabatic.” END_OF_DOCUMENT_TOKEN_TO_BE_REPLACED

climate talks are condemned to failure… like all the others

by Steffen Böhm..  Even if the world celebrates a Paris climate deal on December 11, the process will still have to be regarded as failure. Let me explain why.

The basic reason is that the unequal distribution of carbon emissions is not even on its agenda. The historical responsibility of the West is not on the table, nor is a method of national carbon accounting that looks at how the emissions a country consumes rather than produces.

Instead, what is on the table are expanded and new mechanisms that will allow the rich, Western countries to outsource their emission cuts so they can paint themselves green.

When the figures are in, 2015 is likely to be the warmest year on recordand we’ve just reached 1℃ temperature rise since the industrial revolution, halfway to the 2℃ widely agreed to be the upper safe limit of global warming. It’s the fastest surface temperature increase in the world’s known geological history. We are now entering “uncharted territory”.

The dangers of global warming have been known – even to oil company executives – since at least the early 1980s. Yet, despite 25 years of UN-led climate talks, the world is burning more fossil fuels than ever.

This is not simply the fault of big emerging economies such as China, India or Brazil. Instead, what we are dealing with is the fundamental failure of neoliberal capitalism, the world’s dominant economic system, to confront its hunger for exponential growth that is only made possible by the unique energy density of fossil fuels such as coal, oil and gas. END_OF_DOCUMENT_TOKEN_TO_BE_REPLACED

On Friday 15th August at 8am, bailiffs will make their first attempt to evict Grow Heathrow (previously here and here). Four and a half years after the abandoned greenhouses in the middle of Heathrow Airport’s proposed third runway were occupied by local residents together with activists, Heathrow villagers are organising again to resist airport expansion that’s ruled out by climate science.

Residents of the 700+ homes a third runway would destroy have asked to be trained to protect their own homes. On Thursday 14th, the day before the bailiffs visit, there will be talks and workshops on how to peacefully resist the eviction and on how ordinary people successfully shelved plans for a noisy third runway. At 8am on Friday 15th, hopefully you can help protect our home from the County Court bailiffs, ready to do the same for other homes threatened by airport expansion. Grow Heathrow has been described as the ‘heart of the village’ by BBC News and ‘inspirational’ by the local MP. We are still trying to buy the land instead of having bailiffs at our home.

END_OF_DOCUMENT_TOKEN_TO_BE_REPLACED


reblogged with thanks from:  http://revolution-news.com/anonymous-global-million-mask-march/

END_OF_DOCUMENT_TOKEN_TO_BE_REPLACED

Free As A Bird

All my nerves were screaming -‘You can’t fly.

It took me a few minutes, I mean, I was deep down in the depths of the deepest depression.

I couldn’t quite snap back into normal life. I just held onto Macker and cried and closed my eyes. END_OF_DOCUMENT_TOKEN_TO_BE_REPLACED

-‘Have you ever heard of Shari Paba?’-

-‘Your friend! This useless pile of pus and pigshit!’- She was pointing at the disheveled Damo. -‘How could you choose this for your friend!?’-

If I live long enough I can tell my grandkids I missed the Revolution because I was at home babysitting Moonbeam.

As if a revolution happens just like that. But it was a watershed, the army being openly humiliated instead of destroying our goods depots, and the soldiers coming over that evening.

Because all the police began to follow suit, country stations were already allied with us, now more were publicly declaring for the Pools Federation.                  ref 8.Collapse of Capitalism END_OF_DOCUMENT_TOKEN_TO_BE_REPLACED

Course I remember, we showed them our shit-on routine..

It was just after Macker arrived. END_OF_DOCUMENT_TOKEN_TO_BE_REPLACED