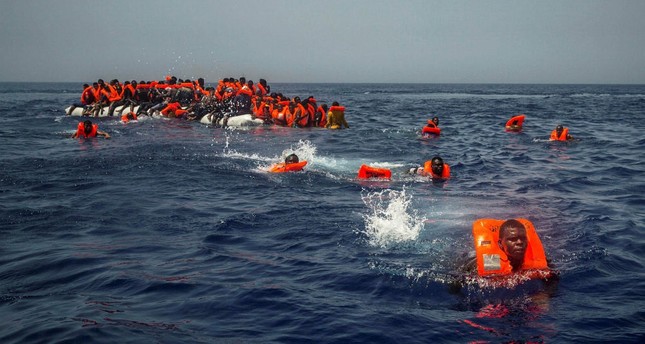 Anyone who obstructs rescue services is liable to prosecution, nobody would intentionally block an ambulance – but that is exactly what is happening: rescue ships are being blocked, with deadly consequences.

According to UNHCR, another boat accident occurred yesterday, 114 people are missing. It is already the third since rescue ships have been blocked in Malta, on Sunday at least 63 people drowned, Friday there were over 100 including 3 babies.

The weeks before, several hundred people had already drowned. According to the IOM, this June is with 629 the deadliest in 5 years, although only half as many people have arrived in Italy. Mortality in June is at record levels and is directly related to the prevention of sea rescue. END_OF_DOCUMENT_TOKEN_TO_BE_REPLACED 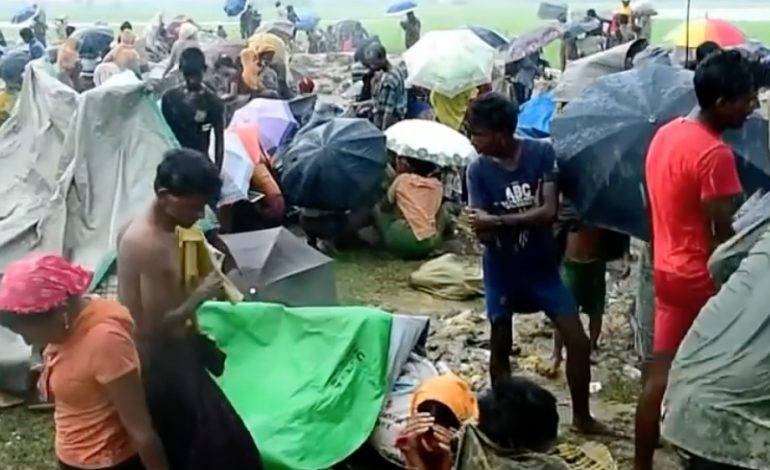 by  Tom Coburg     A video preview of a new Levellers single reminds us all of the perils faced by millions of refugees. And of our responsibility to assist them. It also coincides with news that Australia is reportedly attempting to permanently separate the families of refugees, held illegally.

The single, “The Shame”, includes the lyrics:

Did you sleep well in bed, safe, warm and cosy. Do you hope someone finds a solution overnight?… Ah, you’d like to help, but sadly you haven’t the time.

An example of Australian racism from Nauru

Computer engineer Arash Shirmohamadi is one of several refugees who, reportedly, are subject to this cruel practice by Australia. In 2013, after fleeing persecution in Iran because of his Baha’i faith, he was forced by Australia to go to the tiny Pacific island of Nauru. Since then he has attempted suicide, and suffers seizures and paralysis.

Arash Shirmohamadi, an Iranian refugee held on Nauru for four years, has never seen or held his infant daughter. END_OF_DOCUMENT_TOKEN_TO_BE_REPLACED

Solidarity with We Are Here.

The residents of the Nienoord 2 (squatted since April 17th 2017) received the police letter announcing their eviction: Friday morning 17 November 9:00, their property must be “left empty”. The general meeting of Sunday November 12th has permanently decided: The inhabitants will not leave the house voluntarily.

END_OF_DOCUMENT_TOKEN_TO_BE_REPLACED

[Migratory Genocide] Melilla: Seven women killed in a  covered up ‘hot-pursuit’ Deportation by the Guardia Civil. Woman who revealed tragedy got a death threat and is being sued by Military Police

By Kaos. (en castellano abajo)    According to the NGO Walking the Frontiers (Caminando Fronteras ) , due to the Civil Guard blockade, the Navy towed the boat in a “precarious” way to return it to Morocco and at that moment the boat overturned and the seven women died.

According to the Moroccan Human Rights Association, the total death toll is 14.

Seven women were killed last Thursday in a ‘hot-pursuit’deportation by the Guardia Civil when they tried to reach Melilla by boat, according to the NGO Walking in Borders ( Caminando Fronteras ). The accident happened when a boat full of 45 people, arrived at Spanish waters and the Civil Guard blocked the passage to them.  continues below…

Just 2 weeks before breaking the news Helena received a death threat, with the words –you are upsetting the authorities (see below in Spanish)– as part of a violent campaign against her and other Human Rights defenders. After denouncing the intimidation HERE they received written support from over 500 associations HERE!

After a short time the Moroccan Navy arrived at the place where the boat was and some people decided to jump into the water and swim to the beach so as not to be returned to their origin.

According to the NGO Walking the Borders, due to the blockade of the police, the Navy tied the boat in a “precarious” way to return it to Morocco and at that moment the boat overturned and the seven women died. END_OF_DOCUMENT_TOKEN_TO_BE_REPLACED

54 Saharawis are hunger strike at Barajas airport for not receiving asylum. Sahara was the Spanish colony of Western Sahara which they abandoned in 1975. It was illegally taken over by Morocco and has been in dispute ever since

54 Saharawis started a hunger strike after their asylum applications were rejected by the Spanish authorities./Ph. Eldiario

They had  applied for asylum in Spain ten days ago,  and the hunger strike is inside  Madrid-Barajas airport detention room, a spokesman of those affected told Eldiario Spanish online newspaper.

By Insurgente     The group started the hunger strike following the denial of the asylum request of 41 of the applicants and the return of one of them “by obligation,” the spokesman said.

“Many of them are students who prefer to be on hunger strike, even if they have a bad time and are arrested in Spain, rather than risking their lives and being returned to Algeria, where most are threatened,” Asman said.

They have been assigned a lawyer, without giving them the option of choosing counsel, and have been a translator of Moroccan origin, who did not specify the individual situations of the majority of asylum seekers.

Upon arrival in Barajas, foreigners not admitted as well as the asylum seekers are transferred to rooms authorized for this purpose that are located at terminals 1 and 4 of the facilities. They are owned by AENA, the airport authority,  and are guarded by the National Police and private security guards. 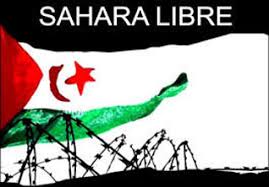 «We are 54 Saharawis who have been on hunger strike without food and without water», stated Saad Asman, one of the asylum seekers who raised worries regarding the health of some of people who started feeling dizzy as they suffer from diabetes. END_OF_DOCUMENT_TOKEN_TO_BE_REPLACED

Migrants have been injured crossing the north African border into the Spanish enclave of Ceuta.

Spain says the number of people crossing into the country via enclaves in north Africa has doubled in the last year.

RAZOR WIRE..CUTS YOUR HANDS OFF. these guys have crossed the Sahara, suffered beatings, imprisonment, robbery and some slavery…then stormed a 7 meter high double razor fence at night…  they are brave amazing people and my brothers.

Like Loading...
The July 19 Brigade is a project of international solidarity that we started a group of young social activists of Madrid. We are committed to the Kurdish cause and, in general, to the search for peace and social justice in the Middle East.

In their web page we can find an article on the peculiar situation of Makhmur, as well as a brief explanation of the project that they want to realize there:

“Once in Makhmur we will work hand in hand with organized civil society. We will provide support work in the refugee camp and carry out institutional work. We can see how the forms of popular organization work and experience democratic self-government in the first person.

In addition, daily we will monitor our activity via web and social networks. Also during the stay we will make interviews and a series of recordings and photo reports that will allow us to make a documentary on our return. END_OF_DOCUMENT_TOKEN_TO_BE_REPLACED

A victory for 105 migrant workers could be on the cards following their two-week occupation of Semmaris Tower in Paris demanding they and 23 other comrades be regularised and given full rights at work.

The sans-papiers (lacking ID papers), who are organised with section 94 of the CGT union (France), have been holed up on the ground floor at Rungis market in the Chevilly-Larue commune since March 13 in protest at the failure of authorities to deal with their claims for legal regularisation. END_OF_DOCUMENT_TOKEN_TO_BE_REPLACED