Since late 2016 the United States District Court for the Northern District of California has been hearing the case brought by a group of plaintiffs against Monsanto, claiming the firm falsified test results and refused to test the actual commercial mix sold as Roundup, a mix which contains far more deadly chemicals than glyphosate, especially when combined with glyphosate, in order to show its best-selling Roundup to be harmless in recommended doses and non-carcinogenic.

On June 30, 2017, attorneys from Baum, Hedlund, Aristei & Goldman, lawyers for the plaintiffs, released online court documents provided by Monsanto to the Court in the ongoing California case against Monsanto. Those Monsanto secret documents reveal the criminal company collusion to cover up the truth about its Roundup weed-killer. ……....

Roundup is far more than only glyphosate, as the email from Donna Farmer admits. Monsanto has deliberately turned the public and legal debate to focus only on glyphosate, as if the rest of their toxic cocktail was just some sugar candy.

Are their trade secret additives including chemicals such as formaldehyde? We don’t know. Do they include known carcinogens such as N-ethyl-NNG? We don’t know. Monsanto refuses to tell the public.

The Monsanto secret email exchanges, now public as a result of the California court case, reveal dramatically the collusion of senior US Government officials at the US Environmental Protection Agency (EPA) and Monsanto to conceal the fact that the EPA never was in possession of the other components of Roundup aside from glyphosate for 44 years.

Those ‘surfactants’ are mostly classified as “trade secret” by Monsanto and have not even been made known to the US Government agency responsible for guarding the environmental health of the population, the US Environmental Protection Agency (EPA), yet EPA officials have never made a public issue of the fact.

Among the Monsanto confidential emails released by attorneys in the California law suit on June 30, 2017 is one dated March 5, 2013. In it Monsanto admits internally, “We do not conduct sub-chronic, chronic or teratogenicity studies with our formulations.

The long-term exposure has been assessed according to the regulatory requirements in chronic and carcinogenicity studies conducted with the active ingredient glyphosate.” (emphasis added-w.e.). Teratogenic testing is testing to determine if a drug or chemical contains an agent that can disturb the development of the human embryo or fetus. Teratogens can halt the pregnancy or produce a congenital malformation or birth defect.

On its website, Monsanto gives a picture of serious compliance with government safety testing standards. It states, “Like all pesticides, glyphosate is routinely reviewed by regulatory authorities to ensure it can be used safely. In the U.S., that’s the job of the Environmental Protection Agency (EPA), and like other regulatory authorities around the world, the EPA’s process is comprehensive and based on the best available science.”

”Unfortunately the EPA has always been a tool serving the US Corporations with thousands of blatant cases of manipulation and corruption. This even before the Trump regime decreed the EPA lose every environmental power it can legally be deprived of, giving a free reign to toxic pollution, oil and gas projects and abolishing any climate change and crucial methane measurement and controls at the nearly 2 million fracking wells, half of them abandoned”..

Note that they are always very careful to say “glyphosate,” and not Roundup. ( has no one ever noticed this in 44 years?) As the California EPA and Monsanto email exchanges reveal, Monsanto is being sly here, as they have never in over 40 years given detailed information on all the additives or adjuvants contained today or earlier in its Roundup herbicide.

In simple English, Monsanto admits its fraud that it only used tests of the possible carcinogenicity of its so-called “active ingredient” glyphosate. Never did they submit tests of the true Roundup cocktail actually used commercially. The entire EU and US EPA “glyphosate debate” is a hoax, a nefarious fraud.

Independent scientific tests by toxicologists have revealed that it is precisely the added ingredients, the so-called surfactants or Roundup’s “formulations,” in chemical combination with the far less toxic glyphosate base, that are highly toxic and probable carcinogen.

In a peer-reviewed scientific paper published on February 26, 2016 in the International Journal of Environmental Research and Public Health, a team of toxicologists led by Gilles-Eric Séralini …..tested the most commonly used glyphosate-based herbicides including Monsanto Roundup. They tested the complete cocktail, including the co-formulants and formulations used in combination with the glyphosate.

Depending on the product, the tests revealed that glyphosate, in combination with co-formulants, could be up to 2000 times more toxic to cells than glyphosate alone. Yet Monsanto has never revealed its trade secret co-formulants, neither to the US Government as it is compelled to by law, nor to the public

Whatever the legal outcome of the California legal case, the plaintiffs and their attorneys at Baum, Hedlund, Aristei & Goldman have done a major service to mankind by releasing the confidential Monsanto documents…..

”Monsanto knew from the start, they did hundreds of studies we have never seen, many even before releasing Roundup in 1974. How many deaths have they knowingly caused for profit in 44 years? How much terrible human pain and suffering and how many ruined lives? This is predator capitalism in its essence. The truth is only just beginning to come out”.

F. William Engdahl is strategic risk consultant and lecturer, he holds a degree in politics from Princeton University and is a best-selling author on oil and geopolitics, exclusively for the online magazine “New Eastern Outlook”

Conservation tillage systems depend on having crop residues on the soil surface … A typical high residue cover crop should contain at least 4000 lb. biomass/A. ….. The roller-crimper is a viable way to kill cover crops without using herbicides.
This system not only eliminates toxic and carcinogenic spraying but also protects and improves the soil. the residue prevents runoff leaching nutrients, as well as wind erosion and sunshine drying and killing the thousands of organisms that make up a healthy soil. In addition the residue is quickly assimilated into the soil providing fertilizer and bacterial base.
The roller crimper system is sometimes used just to get the ‘organic’ or ‘ecological’ label and increase profits, without incorporating hedgerows, ponds, crop variation and woodland plots, as you can see in the huge field in the photo above.

A Cheap Effective Technology to Replace Roundup and Other Pesticides

Sep 14, 2015 – [3] The latest reliable figures from the US Geological Survey record 280 … implicate Monsanto on a massive cover-up and manipulation of scientific data from … If it were Monsanto’s data indicting itself about glyphosate’s toxicity, and if it …. [17] Monsanto’s study showing glyphosate activity in the eye may be ... 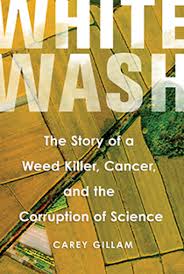 .”..Perhaps we might want to consider the atmosphere Monsanto faced after it first developed glyphosate in 1973 and prepare for EPA approval for the remainder of the decade.

”During the latter half of the 1970s, Monsanto’s leading products were under federal inquiry and public assault regarding safety. Dioxin had been banned. Safety concerns arose over its sweetener saccharin, and cyclamate was removed from the market.

The company’s attempts to get it’s new artificial sweetener aspartame confronted obstacles during FDA scientific review. Independent research had shown that aspartame caused brain tumors in mammals. And its best selling herbicide at the time, Lasso, was showing signs of carcinogenicity. Today Lasso is a restricted-use pesticide due to its oncogenicity.

With sales falling and future growth under threat, Monsanto faced a desperate need to launch a new and novel flagship product. Monsanto found itself banking its future on its new herbicide glyphosate. As we recently discovered, enormous amounts of research, analysis and hundreds of trials were conducted to learn as much as possible about the compound’s bioactivity in mammals and its potential health risks.

All of this research data, studies and reports were subsequently sealed as trade secrets upon submission to the EPA. For over thirty years it has sat in the EPA vaults…” 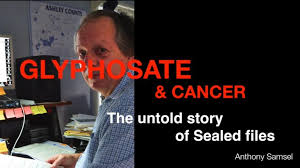 ….”Two laboratories Monsanto outsourced research to were caught and indicted for falsifying scientific data on glyphosate. . In 1978, the EPA busted Industrial Biotest Laboratories for rigging laboratory results; the company’s executives were found guilty for submitting fabricated data supporting glyphosate positively to the government. In 1991, another firm, Craven Labs, was found guilty on similar charges with 20 felony counts.[11]”

”During its years investigating glyphosate’s bioactivity, Monsanto conducted hundreds of trials on mice, rats, beagle dogs, rabbits and other life. Among the many cancers and diseases Monsanto’s own research found associated with glyphosate are:

from… Monsanto’s Sealed Documents Reveal the Truth Behind Roundup’s …