People don’t usually break societal barriers and disrupt the patriarchal order at funerals anywhere in the world, let alone in Pakistan. But on February 13, many women in Lahore, including myself, did just that by actively participating in a janaza, a Muslim funeral ritual, for the first time.

On that day, contrary to orthodox funeral traditions observed in Pakistan, we not only stood alongside men, we actually stood in front of them. Also, there were hardly any frowns directed at women who chose not to cover their heads.

The funeral that turned into a poignant display of women’s resistance in Pakistan was for Asma Jahangir, the country’s leading human rights lawyer. Even in her transition, Asma was guiding Pakistanis who always looked up to her, showing them how it is done. Her funeral was a staggering manifestation of her legacy, a radical send-off befitting a feminist icon.

It was subversive not only because thousands of men and women stood next to each other praying, but also because those men and women were Christians, Sikhs, Shia, Sunni and Ahmadi. In the southern city of Hyderabad, a group of women and men also said her funeral prayer, side by side, in absentia.

These gatherings were an expression of progressive solidarity which is normally not permitted in public spaces in Pakistan. Because unfortunately, we are a society where women can be killed for marrying out of choice, and the mentally unstable could be beaten to death by a mob in the name of religion. And the country’s human rights community is embattled.

Ammara Ahmad‏Verified account @ammarawrites 2h2 hours agoThe late Asma Jahangir was a lifelong opponent of enforced disappearances and waged a legal battle against them inside and outside of the court. She was also Raza Khan’s legal counsil. Today Raza’s friends gather at the Liberty Chowk in Lahore at 5, please join them. 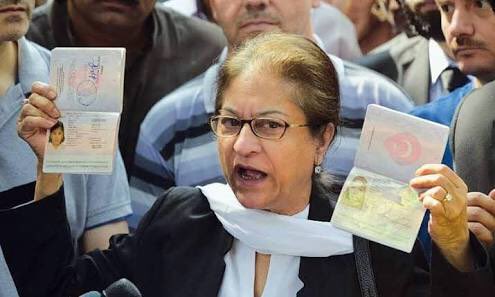 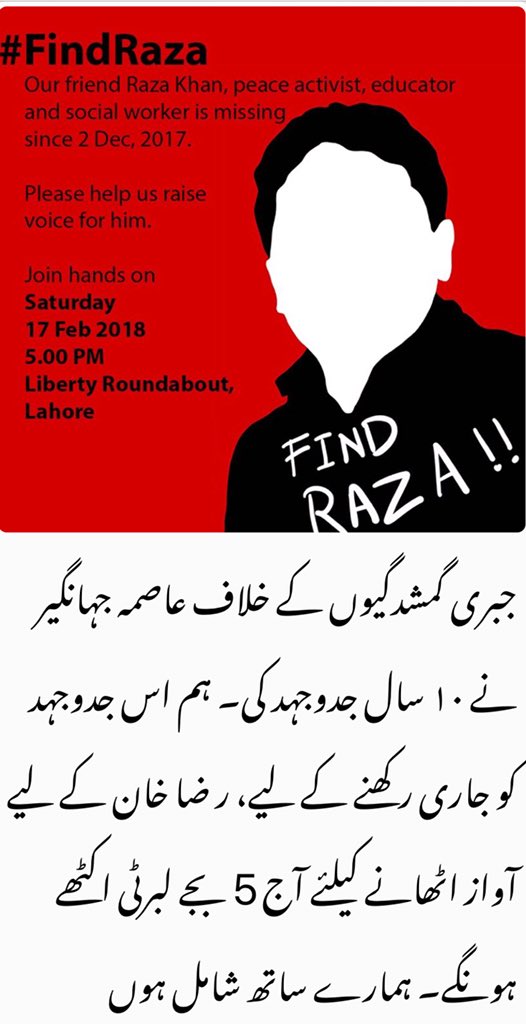 3 replies 5 retweets 17 likes
Since the news of Asma’s sudden death on February 11, we have been asking ourselves: Now that she is gone, who will stand up for us? Who will have our backs when and if we are confronted with the disqualification of another democratically elected prime minister? Who will fight for the downtrodden?
READ MORE

At her funeral there were lawyers, young and old, breaking down in sorrow. There was a burqa-clad acid attack survivor sobbing in a corner, an old woman with tears spilling down her cheeks asking aloud: “who will help us now?” An activist, grieving: “our mother is gone”. Father of peace activist Raza Khan, who was forcibly disappeared on December 2 last year, was also there. He looked lost when Asma’s body was taken for burial because she was Khan’s legal counsel. Christian groups were also at the funeral, carrying wreaths of roses because Asma was their defender.

Most of those who came to bid farewell had been touched by Asma’s courage at some point in their lives. Asma’s work in Pakistan and beyond is iconoclastic. She had been UN’s Special Rapporteur on extrajudicial, summary or arbitrary executions, and on the freedom of religion or belief. At the time of her death, she was the Special Rapporteur on the situation of human rights in Iran. Over the decades, she took on military dictators, religious extremists and violent misogynists both in court and on the streets. 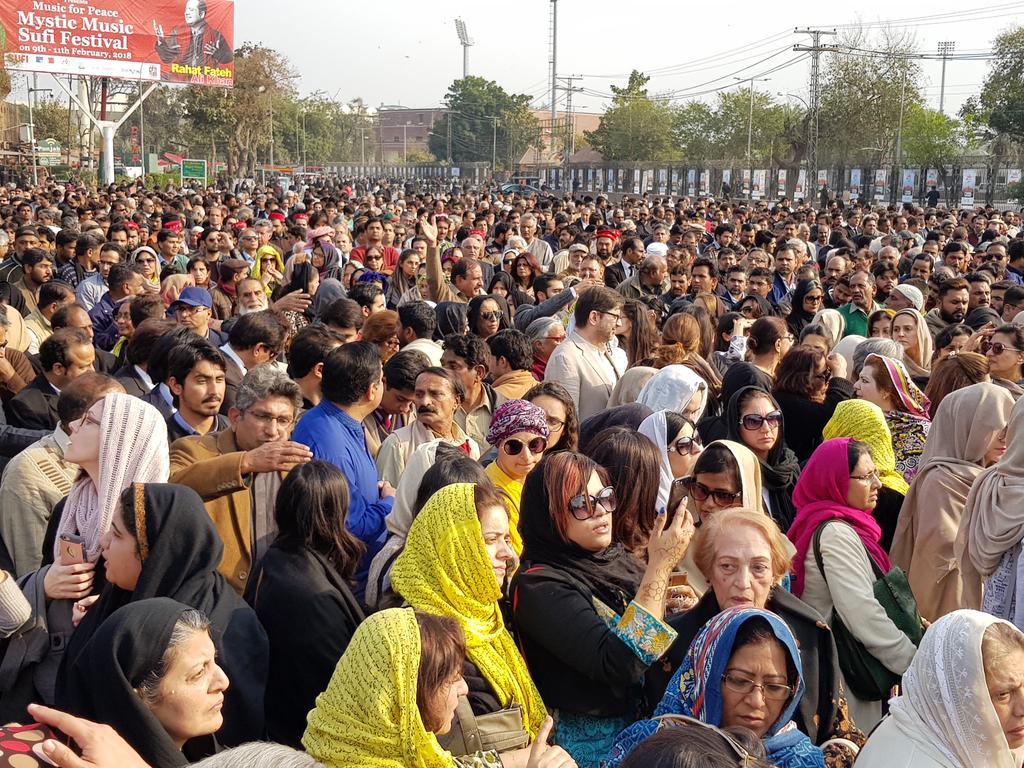 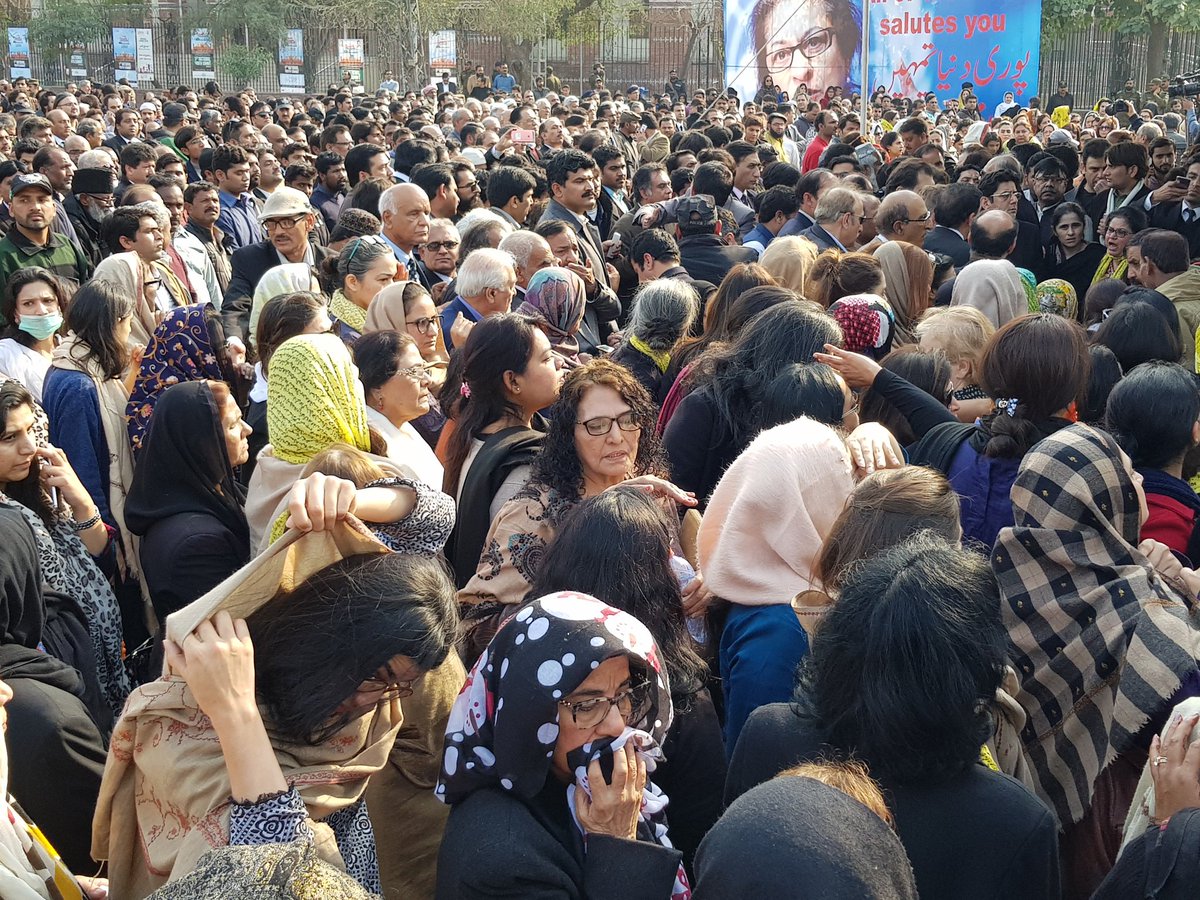 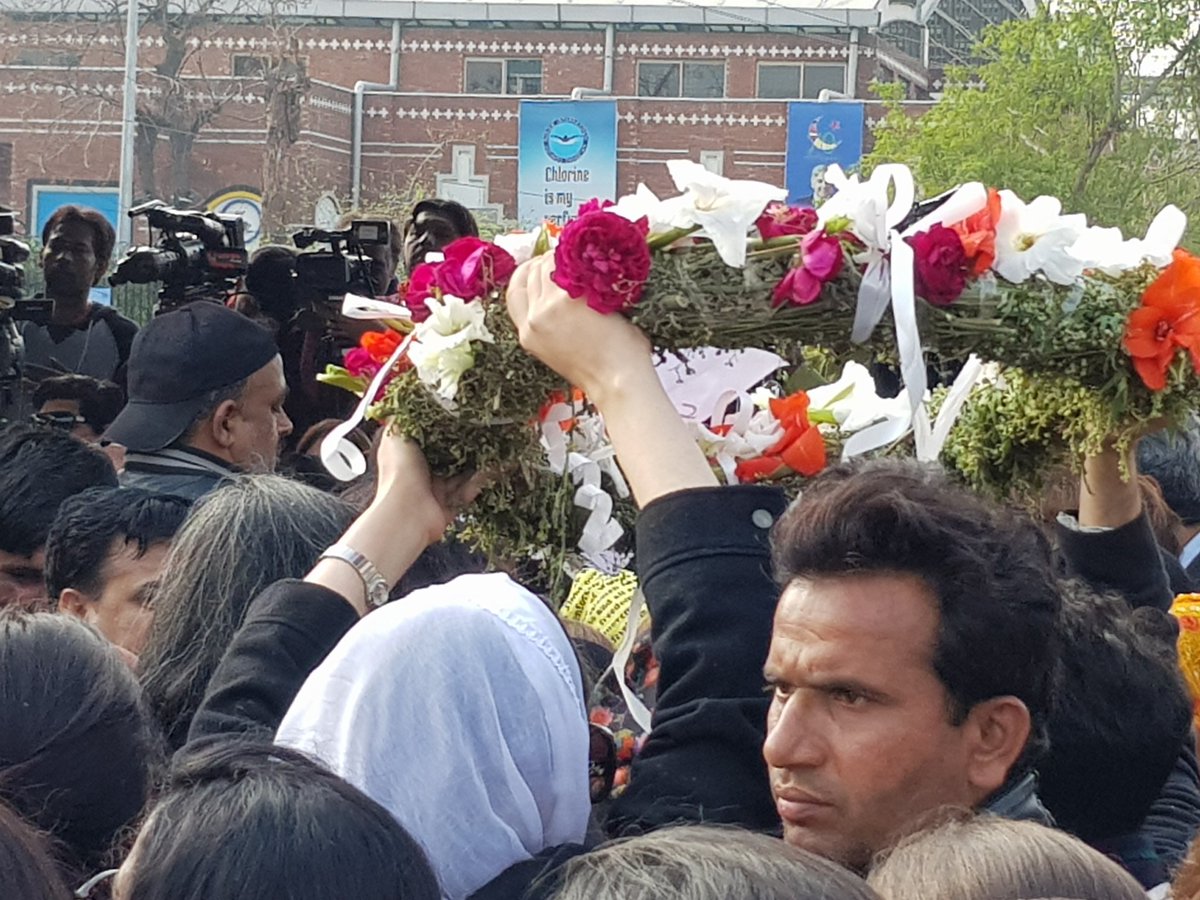 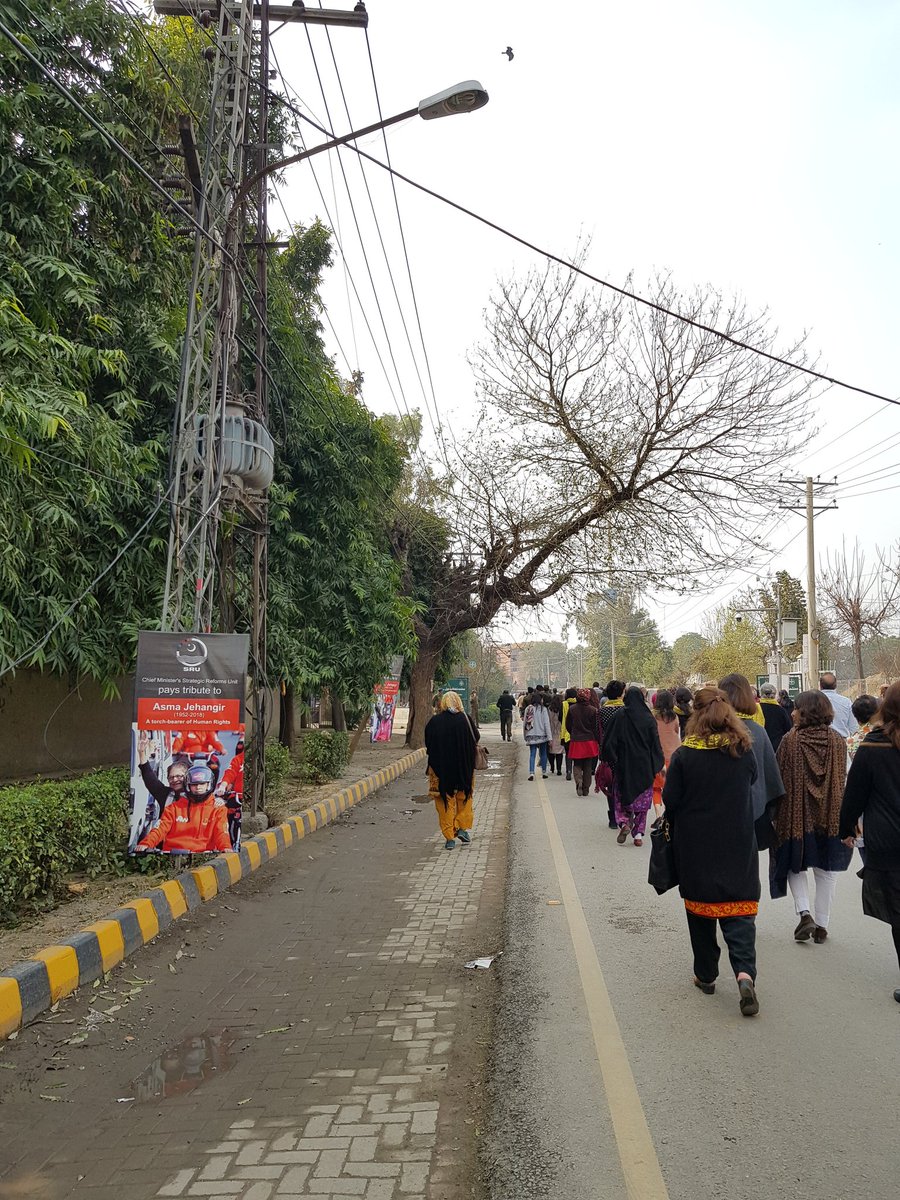 92 replies 614 retweets 1,294 likes
In Pakistan, human rights, and specifically women’s rights, are widely understood as a western concept introduced with the agenda of weakening local Islamic or cultural traditions. But this did not stop Asma from fighting for human rights within her own country.

Asma was one of the leaders of the Women’s Action Forum (WAF), which confronted General Zia-ul Haq’s Hudood Ordinance, which discriminated against women and religious minorities. She was also one of the founders of the Human Rights Commission of Pakistan – these platforms are at the forefront of human rights work in Pakistan to this day.

I discovered who Asma was through newspapers in the mid-1990s when I was still in school. A woman by the name of Saima Waheed had sought help from the Lahore-based legal aid clinic AGHS, run by Asma and her brilliant sister Hina Jillani. Saima was fighting for her right to live with her husband, whom she had chosen to marry against her family’s permission – an act violently opposed in Pakistan even today. Saima’s case led to the historic Supreme Court ruling which legally allowed Pakistani women to choose a life partner without permission of a guardian.

Hassam Tahir‏ @hassamt1 Feb 14The reason why your average Pakistani spill hates towards Asma Jahangir is she didn’t talk about the Sunni Male Punjabis of our country. She talked about Women, Ahmedis, Baloch, Pashtun, Transgenders. To the privileged, she did nothing                                  9 replies 34 retweets 72 likes

AGHS and its sister shelter for women, Dastak, provided safe havens for thousands of women over the years.  All these women, regardless of class and creed, received help for divorces, child custody or inheritance. AGHS and Dastak provided them with an escape from domestic violence. Impoverished women and children languishing in prisons have had their detentions reduced because AGHS paid their bail bonds.

Asma has been an inspiration for innumerable women who wanted to be lawyers, human rights defenders or simply active, empowered citizens of Pakistan. She led the way for thousands of Pakistanis who want political change. Many human rights victories in Pakistan and beyond were only possible because of her courage and determination. I believe, as Pakistani women, we understand our rights and aspire to make things better because of her and the questions she kept on asking.

She may be gone, but her legacy will live on in each and every one of us.

The views expressed in this article are the author’s own and do not necessarily reflect Al Jazeera’s editorial stance.

is an independent journalist and researcher based out of Pakistan.