Those in Turkey who bravely spoke out against the state’s invasion of Afrin have been met with heavy-handed repression. At least six hundred people have been jailed for opposing the war on Afrin since it began. Hundreds of detained dissidents have been charged with supporting terrorism by attending anti-war protests and spreading ‘terrorist propaganda’ on social media. Those prosecuted include eleven senior members of the Turkish Medical Association because the organization issued a statement critical of the war. 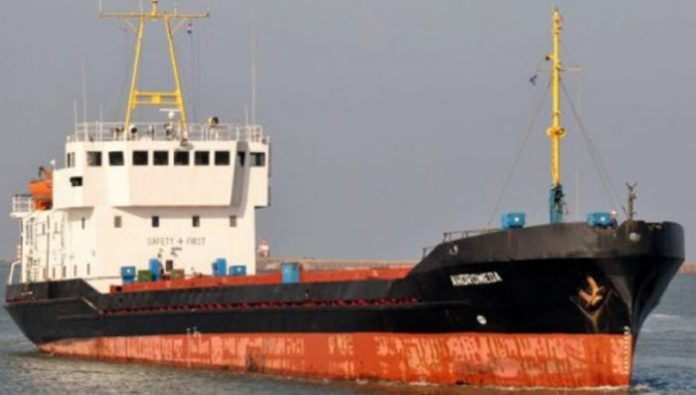 With yet another Libyan-bound ship carrying explosives from Turkey seized by the Greek coast guard on Jan. 10, 2018, the Islamist government of President Recep Tayyip Erdoğan has once again come under the renewed scrutiny of international monitors who are trying to cut off the flow of arms and ammunition to the war-torn country under the UN Security Council sanctions regime.

Speaking at a Security Council meeting on Jan. 22, 2018, Libyan representative to the UN Elmahdi S. Elmajerbi condemned the attempt to send explosives to Libya in the hold of a ship named the Andromeda and expressed hope that the Greek and Turkish governments would share the results of their investigations into these matters.

see also:  I revealed the truth about President Erdogan and Syria. For that, he had me jailed

from Kurdish Kat .. There are over 100.000 waiting to be tried by the inquisitorial courts of the Turkish regime. The vast majority of the prosecuted are for their ideology either from the left or for being Kurdish. The minimum sentence they face is 5 years in prison but on average they are sentenced to twelve years.

Turkish Islamic President Recep Tayyip Erdoğan has defined students who oppose the Turkish imperialist intervention on Efrîn (Kurdistan of Syria) as “communists, traitors and terrorists.” Since Erdogan came to power, , the number of imprisoned people have gone from 60,000 to 230,000, a spectacular figure considering that 38,000 common prisoners have been amnestied to clear prisons.  ..   from Kurdish Kat

Sara Kaya the Kurdish mayoress of Nusaybin city, was jailed in Solitary without trial

Trans people defy BanTurkish riot police have fired tear gas and plastic bullets after transgender rights activists gathered in Istanbul in defiance of a ban on marching. Several dozen activists turned up and were surrounded by police, after which scuffles began, with one man reportedly tearing up a gay rights banner.The march was banned in order to “safeguard security and public order”.

..’Erdogan is by now clearly mentally unfit to hold office. His  worsening paranoid schizophrenic symptoms, linked to his extreme megalomania has led him to force a civil war with the 18 million Kurdish minority, who were well embarked on a process  of peaceful integration. Gaining popularity and power in a controlled press by his xenophobic excesses his paranoid obsession with possible enemies has nevertheless let loose massive purges, torture, blackmail and invasions in Syria and Iraq that would make dictators like Pol Pot or Josef Stalin blush’.

SDF Women Send ISIS back to Hell in Raqqa

The Yazidi Womens Brigade joined the SDF alliance, and came to Raqqa to revenge their mass rape and slavery at the hands of Isis, then sponsored by Erdogan.