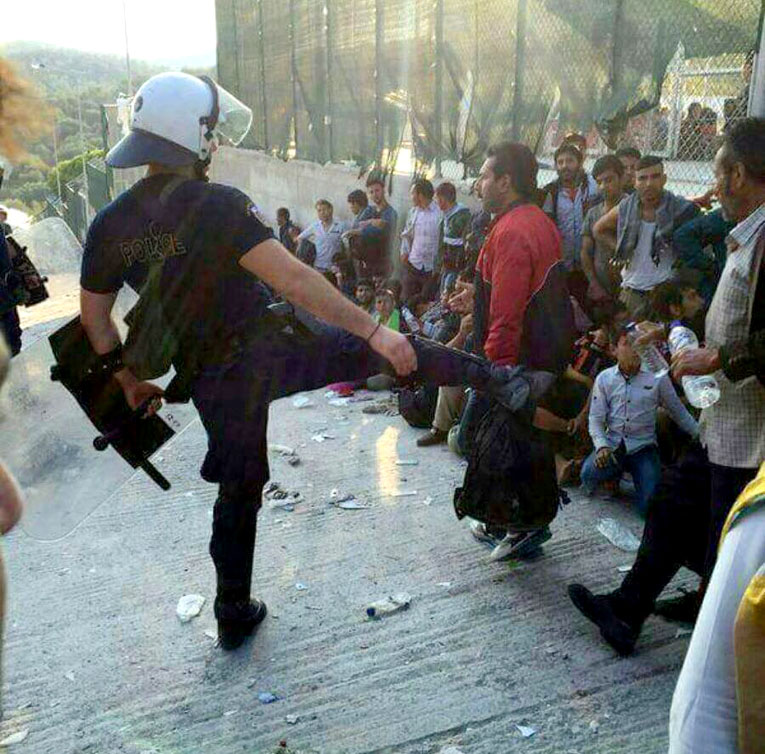 Abysmal conditions for thousands of refugees in ‘Moria 2.0’ camp

THOUSANDS of people are living in abysmal conditions in a new camp, which was built to replace Moria camp on the Greek island of Lesbos, after it was destroyed by fire last month.

According to the Greek Council for Refugees and Oxfam, conditions are even worse than in Moria, with little or no running water, no sewage management or treatment, limited health facilities and woefully inadequate shelter.

Almost 8,000 people – most of them families with children – have been moved to the new camp, which has been dubbed ‘Moria 2.0’ by residents. Many are living in flimsy tents, some of which are pitched just 20 metres from the sea and have already been flooded and battered by strong winds.