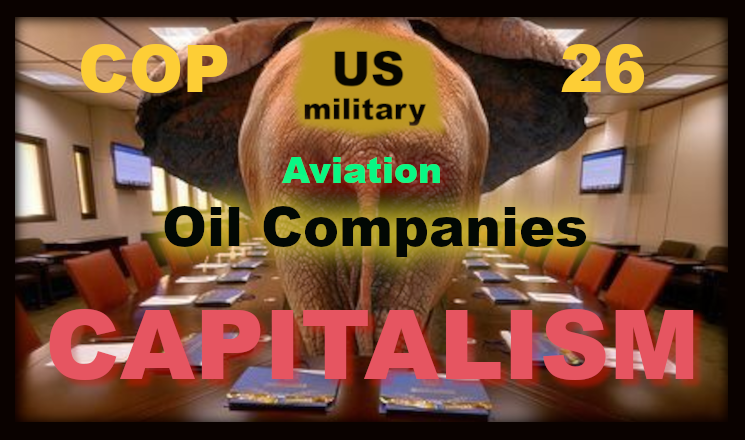 by David Swanson at Rise Up Times.. shared with thanks

The US military’s carbon bootprint is enormous. Like corporate supply chains, it relies upon an extensive global network of container ships, trucks and cargo planes to supply its operations with everything from bombs to humanitarian aid and hydrocarbon fuels. Our new study calculated the contribution of this vast infrastructure to climate change.

Greenhouse gas emission accounting usually focuses on how much energy and fuel civilians use. But recent work, including our own, shows that the US military is one of the largest polluters in history, consuming more liquid fuels and emitting more climate-changing gases than most medium-sized countries.

U.S. military emits more CO2 than most countries | Fun fact: The military’s fleet of Humvees get around 4 to 8 miles per gallon (2.5 liters per Km). That said, the military has been gradually reducing its oversized carbon footprint, even while it wages war in the …

If the US military were a country, its fuel usage alone would make it the 47th largest emitter of greenhouse gases in the world, sitting between Peru and Portugal.

It’s no coincidence that US military emissions tend to be overlooked in climate change studies.

It’s very difficult to get consistent data from the Pentagon and across US government departments.

In fact, the United States insisted on an exemption for reporting military emissions in the 1997 Kyoto Protocol. This loophole was closed by the Paris Accord.

Click here to subscribe to our climate action newsletter. Climate change is inevitable. Our response to it isn’t. Republish our articles for free, online or in print, under Creative Commons licence.

Harry Potter and the Secret of COP26, by David Swanson

“Blimey, Harry!” exclaimed Ronald Weasley, his face pressed to the window, peering out at the swiftly passing countryside as the glistening red Hogwarts Express belched coal smoke into the sky on its way north to Glasgow for the COP26 climate conference. “If the secret that you have to find is both known and unknown to all Muggles, then it follows that it’s known to a lot of us too. And it also follows” — Ron turned to face his friend seated across the small train compartment — “that we can let the Muggles worry about it themselves.”

“Merlin’s pants!” Hermione Granger broke in, closing The Complete List of Inscrutable Contradictions in Magical Fiction with a look of unbearable frustration. “If the Muggles are holding another conference to put up a feeble pretense of forestalling the destruction of all life on earth, and it’s the 26th one, and the 25 previous ones have had the opposite result of what was needed, then it actually follows,” — Hermione spoke slowly and clearly as if to a three-year-old — “that we can’t just let the Muggles worry about it, and it just might have some relevance to our future too, no matter what sort of imbecilic prats we decide to act like.”

Harry knew he needed to say something, but before he could, Ron was mumbling, with a mouth full of chocolate frogs, something about how he was sure Viktor Krum probably had the answer, considering how many oil wells his family owned.

“Enough!” said Harry, looking Hermione back into her seat, as she seemed ready to find some other compartment to sit in. “Let’s go over what we know, even if we’ve done it a hundred times before. At least we’ll be able to tell our children we tried, right?”

Ron grunted and nodded, and Hermione said quietly, “I’m not sure I’d bring children into a world full of people who couldn’t find their own posterior with two hands and an illuminated wand.” Harry took that as the most encouragement he was likely to get and proceeded.

“We know,” said Harry, “that the Muggles make these weak agreements and fail to keep them, right? And we’ve been through every possible way that they could strengthen them or abide by them, right?”

“Exhausting all possibilities,” said Hermione, “is never a certain claim, if you consider the five principles of Snufalargin the Snooty, first established in fifteen twenty . . . ”

“I know,” said Harry. “I mean, I don’t know, but just hear me out, OK? What if this secret, the secret that we were specifically instructed to find, both by the message in Hagrid’s sandwich and in the Morse Code sounds of the Knight Bus’s smashing of lampposts, is known and unknown because it’s not a way of strengthening the stupid climate agreements as they are but of adding something to them that’s missing, something so obvious that nobody can think of it.”

“A pearled what?” asked Ron, and Hermione ignored him.

“I thought of that,” said Hermione, “but what is left out of the agreements that would naturally be in them? I mean it has to be something enormous. It can’t be somebody’s little camp fire or gas station. It can’t be some little industry that got a special waiver. It has to be big enough to be worth a major bother, something worth all the fighting we’ve been through just to get this far, not to mention Ron’s . . . ”

Hermione hesitated, and Ron finished her sentence for her. “Right, not to mention my hair.” Ron slid back his hood and tipped his shiny bald head down at his friends.”

“Right,” broke in Harry. “Let’s get back to fighting.”

Ron and Hermione looked at him as if he’d lost his mind.

“No,” said Harry. “I don’t mean we should fight with each other. I mean, let’s think about the concept of fighting. We do it with little twigs in our hands. We consider 12 friends and a dog to be a major army. But how do the Muggles do it?”

“Merlin’s socks, Harry,” responded Hermione excitedly, “you might be onto something that’s been known and unknown even to us. We’re such superior beings in our imagination, yet we unquestioningly build an assumption of irredeemably evil others into everything, to the point where violence is so essentially normalized that we can’t actually observe it.”

“Excuse me,” said Ron, “could you please say that again in Parseltounge, because it would be easier to understand that way?”

“Right,” said Harry, ignoring Ron, “we declare Voldemort eternally and irredeemably evil and accept that I have no choice but to murder him, or at least get implausibly lucky and have him technically murder himself while I’m trying to do it, because we believe in prophecies and the categorizing of some beings as Dark and others as Light. But Muggles are all, I mean they’re all just Muggles, aren’t they? The best ones can do evil and the worst ones good. And yet they think the way we do even though they have no basis to do it.”

“And so” continued Hermione, “they needn’t fight if they choose not to fight, and the key to all of this is the question you asked before: How do they fight?”

“Oh,” said Ron, “I know this one. Lamely. I mean, pathetically actually. No disrespect to your parents, Hermione, but my grandmother’s grandmother’s pet slug could fight better than . . . ”

“Exactly,” Harry said to Hermione, continuing to ignore Ron. “They don’t fight with wands or as individuals. They fight with an enormous industry, one of the most profitable, one of the most destructive, one of the greatest consumers of petroleum and polluters of air and water and soil, a permanent machinery of endless war preparation so huge that its own momentum creates fighting, and so huge that it fades into the wallpaper.”

“And what,” Hermione almost shouted triumphantly, “has been quietly left out of all the climate agreements, all the Muggle plans for halting the destruction of the climate? One of the biggest ways that they destroy the climate: militaries! Some of the Muggles are paid to keep militaries out of the agreements, of course. And some of them honestly think wars are more important than preserving life on the planet. Some of them think there’s nothing really to worry about anyway. And most of them haven’t noticed what’s going on.”

Harry and Hermione looked at each other and then said in unison, “Yes!”