from stalkerzone.org August 6, 2022 Telegram via thefreeonline

The Russian regime saw from the start that Covid-19 hysteria could be a great way of controlling their unruly population.

Russia has always been an enthusiastic supporter of Covid vaccines, lockdowns, Covid passports. It even supported the murky WHO edicts and allowed western Covid ‘natural origin’ and safe vaccine ‘narratives’ despite its own vaccines being still banned in the West.

This is according to an officially published statement made on August 4 by the chief of the Radiation, Chemical and Biological Protection Forces (RCBPF), Lieutenant General Igor Kirillov . 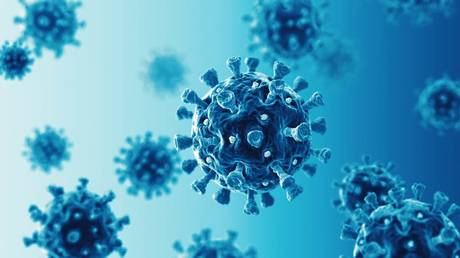 The posts shared below are ‘Russian Propaganda’ of course, but more importantly, they open up a veritable ‘Pandora’s Box’ : – indeed there are 100’s of suppressed peer reviewed studies testifying to a deadly Covid-19 and Covid Vaccine conspiracy.

Russian news agencies have a strong influence, where unbanned, in the already Covid-Skeptic developing world, where resistance is fast growing to the bandwagon of the elite controlled ‘Reset’.

US government may be complicit in emergence of Covid – Russia..Russia now suspects that USAID might have been directly responsible.

However the 2 articles below suggest that Russia’s motives for asserting a US source for Covid-19 are more domestically political, pointing to suspicions of subversive activities of western health companies in Russia, and, like China, accusing the US of biowarfare experiments, in their 46 biolabs in Ukraine and more elsewhere, including possible creation of diabolical ‘Race-Specific’ viruses and other illnesses.

read the full articles below… the second shorter one, is official from ‘Russia Today‘

4 mins ago NEW – August 6, 2022 Vladimir Vinnikov from stalkerzone.org shared with thanks

The statement made on August 4 by the chief of the Radiation, Chemical and Biological Protection Forces (RCBPF), Lieutenant General Igor Kirillov, that the COVID-19 pandemic is artificial and the United States may be involved in its occurrence, is very significant.

Study finds genetic code in Covid’s spike protein linked to Moderna …How did Moderna’s Patented Sequence End up in the Sars-Cov-2 virus? –  “Whoever designed it, used Moderna-patented genetically modified cell lines containing the complement of CTCCTCGGCGGGCACGTAG, to grow the virus”. “The sequence occurred in the part of the spike protein known as the furin cleavage site (FCS), a short sequence of amino acids that can improve the virus’ infectivity of human cells”. –Is this a coincidence as the MSM claims?

And not only from the actual medical point of view. In professional circles, both virological and epidemiological features of the causative agent of this infection have long been noted, which speak in favour of such a conclusion:

And not only from the actual medical point of view. In professional circles, both virological and epidemiological features of the causative agent of this infection have long been noted, which speak in favour of such a conclusion:

1) “gluing” the SARS-CoV-2 genome with a long fragment of the RNA of the AIDS virus, the probability of which is zero without the use of “genetic engineering” technologies;

2) extreme variability of SARS-CoV-2, new strains of which were recorded every two to three months and even more often, which is not typical for viruses in general and coronaviruses in particular;

3) the “focal” nature of the spread of COVID-19, which forms the unpredictability of the epidemiological picture of the disease.

Each of these features individually can still be explained by some natural causes, but all together – no longer. And, as the Strugatsky brothers also warned:

“If our house suddenly reeks of sulfur, we simply have no right to start speculating about molecular fluctuations — we must assume that the devil with horns has appeared somewhere, and take appropriate measures, including organising the production of holy water on an industrial scale.”

The fact that Russian military doctors have officially announced this topic only now, when the special military operation for the demilitarisation and denazification of Ukraine is taking place, and the Ministry of Health of the Russian Federation records a new increase in the incidence of COVID-19 in our country, speaks volumes.

First of all, about the fact that we have a certain “pandemic infrastructure” in our country and around the world for several years now, without dissecting and neutralising it, vaccination and other measures for the prevention and treatment of COVID-19 will be a fight against the consequences, and not with the cause of infection – if the production of new modifications of the coronavirus under the SARS-CoV-2 brand is somewhere on stream, and the infrastructure for their distribution is in place, then the method of combating this infection must be radically changed, no matter how much someone would like to leave everything as before.

This applies to the entire range of anti-pandemic measures, including interaction with the WHO. Or, if this is not the case and the Russian military doctors were mistaken, the statement of Lieutenant General Igor Kirillov will have to be disavowed, and in an official manner.

US should pay compensation if Covid-19 claim confirmed – Russia

But – and here we are already faced with the political aspect of this situation – it is clear that it was done for a reason.

Apparently, it is becoming impossible to combine military operations during the blockade against Ukrainian neo-nazis, who receive the support of the United States and its NATO allies, with the free hands of multinational pharmaceutical companies (so-called Big Pharma) on the territory of our country.

Moreover, the UAF troops who oppose the Russian army and the armed forces of the People’s Republics of Donbass, for the most part, are “under a chemical coat” carriers of a variety of dangerous infections that are quite exotic for this territory, “biological time bombs”, so even their mass surrender in fact means that the Kiev authorities are waging a biological war both against our country and against the population of Ukraine.

And since the “Kiev authorities” today are a euphemism for external administration of the territory of the country, this biological war is actually waged by the United States and its allies.

Apparently, the situation has reached the point where the “figure of silence” on this issue has already become unacceptable. It is very likely that the United States itself made a contribution here by the “Pelosi factor”, which upset the balance in Beijing’s relations with Washington.

It is possible that the Chinese leadership, in addition to other measures of response to the visit of the Speaker of the US House of Representatives to Taiwan, will raise the issue of the COVID-19 pandemic in a new way — officially and jointly with Russia, at the level of the WHO and the UN.

We remember how on February 21, before the start of the conference, the Russian president gathered the top political leadership of our country at an expanded meeting of the Security Council and asked each of those present to publicly (since the broadcast was conducted) determine their position on the recognition of the independence of the republics of Donbass. 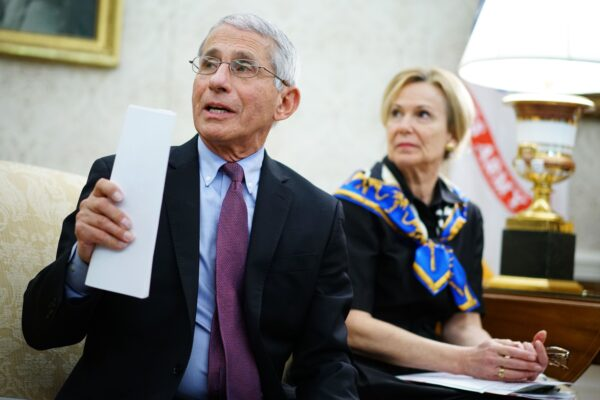 After everyone then, albeit not without hesitation, said “yes”, the situation turned into its current quality of an open conflict between Russia and the countries of the collective West (a military one — on the territory of Ukraine).

And over the past five-plus months, the countries of the collective West have not taken a single step to de-escalate this conflict — on the contrary, they have declared the need to “defeat Russia” by any means and at any cost, with the exception of a direct military clash (at least in words).

Everything else, including “proxy wars” involving other states like Ukraine, the covert use of biological weapons (which is what we are talking about here), or the promotion of internal division of the Russian Federation (with the support of the opposition of all sorts under the flag of “decolonisation”), is recognised as not only permissible, but also desirable.

Under these conditions, of course, the degree of mobilisation of the Russian state and Russian society should and will continue to increase.

Especially in the most potentially dangerous areas for our country.

from a major ‘Western-Banned’ news agency

US government may be complicit in emergence of Covid – Russia

Russia’s Defense Ministry says it’s investigating the possible role of the US Agency for International Development (USAID) in the creation of the Covid-19 virus.

In a press briefing on Thursday, the head of Russia’s Radiation, Chemical and Biological Defense Forces, Lieutenant-General Igor Kirillov, claimed that US-backed bio-laboratories in Ukraine had been conducting questionable research and clinical tests on Ukrainian citizens, and that “over 16,000 biological samples, including blood and serum samples, were exported from the territory of Ukraine to US and European countries.”

He went on to explain that a statement from Jason Crow, a member of the US House of Representatives Intelligence Committee, who warned Americans that their DNA samples could be used to create targeted biological weapons, caused Russia’s Defense Ministry to “take a fresh look” at the origins of the Covid pandemic.

“Taking into account the interest of the US administration in the study of narrowly targeted biological agents, such statements force us to take a fresh look at the causes of the novel coronavirus pandemic and the role of US military biologists in the emergence and spread of the Covid-19 pathogen,” Kirillov said.

Russia now suspects that USAID might have been directly responsible for the emergence of the Covid-19 virus, according to Kirillov, who pointed to a Lancet article by Columbia professor Jeffry Sachs, who suggested that the virus was likely created in a lab with the help of America’s latest achievements in the field of biotechnology.

Kirillov pointed out that since 2009, USAID had been funding a program known as ‘Predict’, conducting research into new coronaviruses which involved the capture of wild bats infected with such pathogens, and that one of the project’s contractors, Metabiota, had been known for its military biological activities on the territory of Ukraine.

In 2019, the agency shut down the ‘Predict’ program while the Johns Hopkins Center for Health Security coincidentally began studying the spread of a previously unknown coronavirus.

“The implementation of the COVID-19 development scenario and USAID’s emergency phasing out of the Predict program in 2019 suggest the deliberate nature of the pandemic and US involvement in its occurrence,” Kirillov said.

He added that the recent emergence of the monkeypox virus, as well as the US’s purported history of using biological agents against its enemies, has led Moscow to observe a “clear trend” of pathogens, which for whatever reason are of interest to the Pentagon, eventually turning into pandemics.

The US has repeatedly denied using biolabs in Ukraine to conduct military research and claims the “46 peaceful Ukrainian laboratories, health facilities and disease diagnostic sites” were used to assist Kiev in improving biological safety, security and disease surveillance for both human and animal health.

The exact origins of the Covid-19 virus have yet to be conclusively proven. However, the World Health Organization (WHO) stated in February 2021 that it was most likely transmitted from an animal, possibly a bat, to humans.