People fleeing Twitter have turned to Eugen Rochko’s alternative. He says social networks can support healthy debate—without any one person in control. Eugen Rochko looks exhausted. The 29-year-old German programmer is the founder of Mastodon, a distributed alternative to Twitter that has exploded in popularity in recent weeks as Elon Musk’s ownership of the platform has rained chaos on its users. […]

by Productivity Hub on November 21, 2022 via thefreeonline

People fleeing Twitter have turned to Eugen Rochko’s alternative. He says social networks can support healthy debate—without any one person in control.

Eugen Rochko looks exhausted. The 29-year-old German programmer is the founder of Mastodon, a distributed alternative to Twitter that has exploded in popularity in recent weeks as Elon Musk’s ownership of the platform has rained chaos on its users. 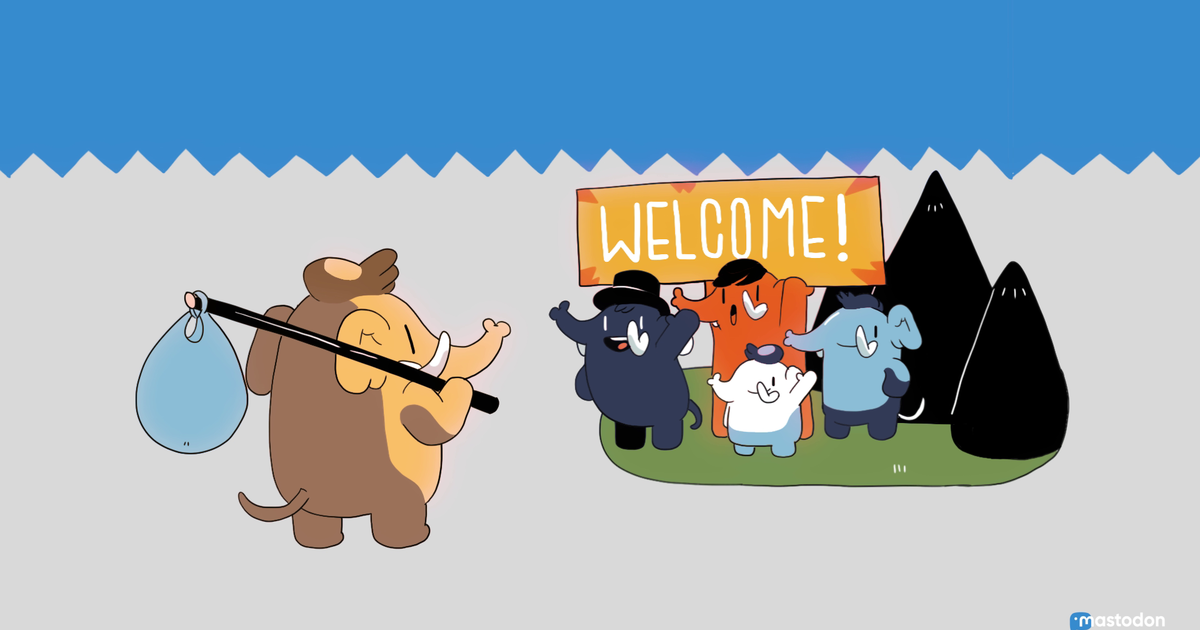 Rochko began developing Mastodon shortly after leaving university in 2016. He was a fan of Twitter but wanted to create a platform not controlled by any single company or person, reasoning that online communication is too important to be at the whim of commercial interests or CEOs. He believed that the lack of profit motive and canny design could discourage harassment and abuse, and provide users more control.

Instead of creating a single unified platform, the the protocol that Mastodon uses, called ActivityPub, allows anyone to use open-source software to boot up a server that hosts a Twitter-style community with its own rules.

Together those servers, and other, non-Mastodon ones, form a collective of interlinked communities dubbed the “Fediverse.” People can join a server that matches their interests and community standards, but also connect with users on other servers, or block all content from a particular server completely.

Twitter Users Flock to Other Platforms as the Elon Era BeginsNovember 3, 2022

Mastodon grew slowly after the first code was released in 2017, appealing mostly to free software enthusiasts.

Then Elon Musk took control of Twitter for $44 billion. His promises to weaken moderation, deep staff cuts, and chaotic changes to the platform turned many dedicated Twitter users off the platform.

In the past few weeks, Rochko says, some 800,000 new Mastodon accounts have been created, overwhelming popular servers and flooding existing users’ timelines with introductions, questions, and complaints from newbies.

Last year, donations to the nonprofit that runs Mastodon and where Rochko is CEO totaled 55,000 euros; it spent only 23,000 euros.

Since Musk took over Twitter, Rochko has been working long hours to keep his own server, Mastodon.Social, running, while also preparing a major upgrade to Mastodon, but he took time to videochat with WIRED from his home in Germany. The conversation has been edited for length and clarity.

Will Knight: What have the past couple of weeks been like?

Eugen Rochko: People probably want to hear that it’s been great—all this growth and success—but I would prefer to be watching from the sidelines. There is more work, there are more fires to put out. It’s incredibly stressful. I’m pulling 14-hour workdays, sleeping very little, and eating very little.

The whole story coincides with the process of releasing a new version of the Mastodon software. You have to put a lot of focus into that. And then suddenly, you also have to deal with responding to press inquiries and running social media accounts to take advantage of the opportunity.

Despite the challenges, is it gratifying to see that Mastodon is where people turning away from Twitter have headed?

Yeah, it was good and gratifying at an objective level. I would love to just lean back and just enjoy the fact that so many new people are using Mastodon, like Stephen Fry. Unfortunately, I don’t have time to lean back and enjoy that. There has been an increase in funds due to all the new Patreon donations in the past 10 days, it’s been unprecedented.

What did you make of Elon Musk poking fun of Mastodon in a recent tweet?

Honestly, it was really a good thing for us. It’s free advertising, and he’s just making a fool of himself. I could barely see the screenshot because the screen was so dirty, but I think he was making fun of somebody having trouble posting after signing up.

The thing is, the massive influx of new users obviously puts a lot of strain on this volunteer network. So you should not be surprised that people are struggling with the load. It is just a question of scale.

With more Mastodon servers springing up than ever, there are more and more options for people to join.

Although Mastodon has a lot of new users, many are finding it doesn’t have the features they were used to on Twitter. Are you listening to the complaints?

I am listening, but I am not eager to jump on new feature requests. We have our own plans and strategies and our conception of what Mastodon is.

All the new feedback is definitely flowing into our impression of what Mastodon is, what it needs, and where it’s going to go. Just not necessarily in an instant way, and maybe not in exactly the same way that somebody would ask for.

Is there anything in particular that you’ve heard that seems like a good idea?

A lot of requests don’t make sense, because people have not yet learned about the platform. Like “Why isn’t Mastodon a single server?” We’re not going to jump on the opportunity to undo all of the decentralization.

Another feature requested by users is quote tweets. It has been debated for years, and when Twitter introduced them, around the time I left the platform, I wasn’t a fan.

Even if it’s not always toxic, it can definitely tempt you to do what people call dunks. That being said, I don’t feel as strongly about that now, as I used to back then, and I’m definitely taking into account how often people ask for this feature. It’s not all set in stone.

Corporate social networks have struggled most when their communities got really large, into the hundreds of millions. Have you seen more toxicity or other problems as more people have joined Mastodon?

There’s a kind of self-selection going on where the people who join Mastodon are maybe more civil. But it should not be discounted that all the different servers, with their rules about hate speech and against harassment, are doing moderation work and acting as gatekeepers against bad actors. When you sign up on a server that has rules against, let’s say, racism, or transphobia, and then somebody else signs up on the server and starts posting something transphobic, then your moderator bans the person, and you don’t have to see them.

As more people join the platform, will it be more difficult for it to remain decentralized?

There are always certain centralization forces at play. It is more cost-efficient to have more users on one server. And people tend to gravitate to servers that are seen as more trustworthy. The choice of the server is often difficult for people—this is the one big difference between something like Twitter and something like Mastodon. How do people choose an email provider? They often go to Gmail because it’s the biggest one out there. But I’m not using Gmail, and I can still use email just fine. It is not an irredeemable situation. And there’s no single Mastodon server with the proportions of Gmail.

Won’t the cost go up significantly for those hosting Mastodon instances as the service gets more popular?

Yeah, the bigger a server grows, the more it costs to host, obviously. And when you are not interested in monetization or profit extraction, growing is actually, like, a negative thing. Now I’m gonna have to scale up and pay more for servers and stuff like that. But Mastodon and the Fediverse provide this ability to just spread the load over multiple different actors. I can just close registrations on my server, and the other servers and network will pick up the people who are trying to sign up right now.

What happens if someone wants to set up a Mastodon server that spews hate?

The administrator of a server can decide “no, I’m not going to receive these messages anymore” and create a block against another server. It usually happens in cases of spam or abuse or harassment.

Do you foresee managing the community becoming more difficult when you have more people joining, all with different opinions? Or is being host to a very wide range of views part of the original vision?

That’s the idea. There is no consensus, there is no single idea of what to moderate and what not to moderate. Some people are going to have different expectations of what they want to see or how strict they want to be about who talks to whom. The Fediverse provides different places where you can go and experience social media the way that you want to experience it. You can have a super safe space with very strict moderation; nobody has required you to compromise on anything whatsoever.

What can people do to help Mastodon if they like your ideas?

I would say contribute to the Patreon for the server that your account is on. These people who are running servers, they’re making it happen, and it’s them who should be receiving people’s support.

What if someone—say an impulsive billionaire—wanted to buy Mastodon or take control of it somehow?

The network is protected from something like that. The code is free, open-source software, and nobody can change the license or take it back retroactively, and all of the different servers are owned by other people. Somebody could buy Mastodon gGmbH [the German nonprofit that maintains the software] and with it the trademark and the servers we run—mastodon.social and mastodon.online—but it wouldn’t affect the Fediverse in any significant way.