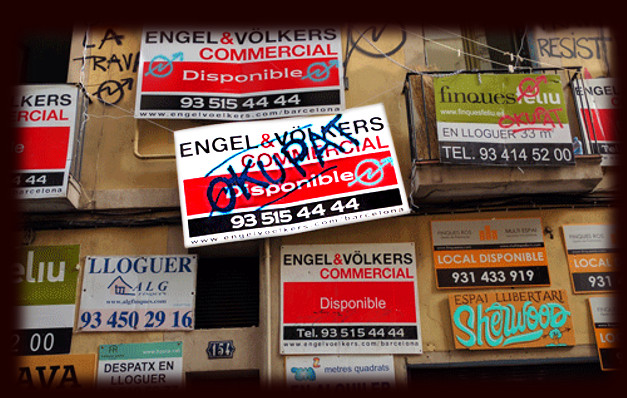 from La Directa  At 7 am, the eviction of the  Ca la Trava occupied center in the Gràcia neighborhood of Barcelona began. Early on, a helicopter was flying over the area and the Mossos Police deployed ten vans of the anti-riot unit.

One of the vehicles was equipped with stairs to access the building and a panoramic camera. The squatter launched warning rockets to convene a solidarity concentration on the crossing of Gràcia with Torrent de l’Olla street, and resisted in the building.

According to Ca la Trava, two people have been detained, information that has been confirmed by the police. From the Catalan police statement, they claimed that when they had access to the building there were nine people inside, two have only been identified and have left voluntarily. Four of the remainder were seized, two were charged for Resistance against The Authority and the other two were administratively sanctioned by the so-called gag law, the citizen security law 4/2015. 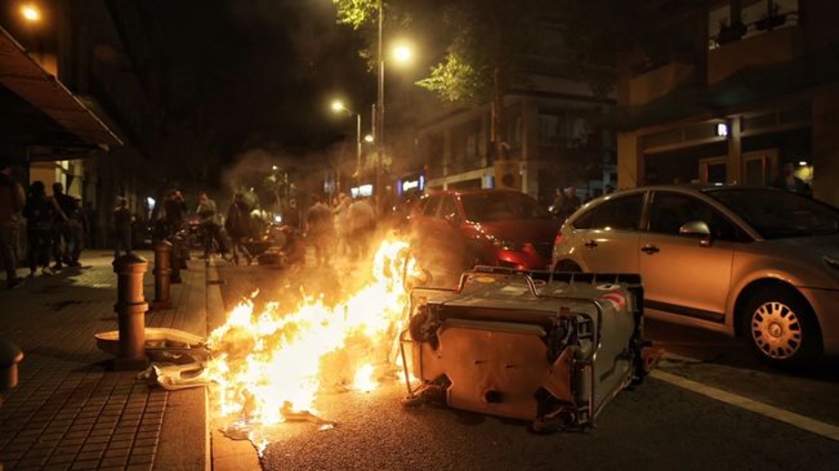