The news that WikiLeaks publisher Julian Assange has been indicted on 17 additional charges under the US Espionage Act and could be sentenced to up to 175 years in prison should concern all journalists, the world over.

Some, to their credit, have spoken out against the relentless persecution of the white-haired Australian truth-teller.

But it’s nothing compared to the outrage that could and should be stirred. Most journalists in the west have stayed as silent as Trappist monks with sore throats, or actually taken the side of the authorities acting against Assange.

Just imagine, as I discussed here if Julian was a Russian dissident, being treated in the same way by the Russian authorities. Then we’d be seeing column after column in ‘serious newspapers’ urging people to join the ‘Free Assange’ campaign. Celebrities would be falling over themselves to show their support. There’d be calls for yet more sanctions to be imposed on Russia, and to be maintained until the ‘political prisoner’ was released. But who so far has come out in defense of Assange, save for Pamela Anderson and Roger Waters? Where are the great ‘human rights defenders’?

Also on rt.com Assange may spend the rest of his life in jail, he’s got a ‘HANGING judge’ – CIA whistleblowerLest we forget, the dominant neocon/Establishment liberal narrative about Assange was that he was a cowardly creep who fled from ‘rape charges’ to hide in the Ecuadorian Embassy.

Assange’s fears about being extradited to the US – the real reason he took refuge in the Embassy – were laughed at.

In 2010 Assange stated: “The big risk, the risk we have always been concerned about, is onwards extradition to the United States. And that seems to be increasingly likely.”

Now that the indictments from the US have come, will those who rubbished Julian’s concerns have the good grace to admit they were wrong, and that his flight to the Ecuadorian Embassy was justified?

Among those who owe Assange an apology is Emma Arbuthnot, the senior district judge, who in February 2018 said she did not find Assange’s fears of extradition to the US were “reasonable.”

But they were, as yesterday’s events prove.

Regarding the Swedish angle, we know from leaked emails the pressure put on the Swedes by the British authorities not to drop the investigation into Assange. “Don’t you dare get cold feet!!!” the Swedes were told.

It’s hard to believe that similar exhortations weren’t made again following Assange’s removal from the Ecuadorian Embassy and lo and behold on Monday it was announced that prosecutors in Sweden have asked the courts to detain Assange in absentia as part of an investigation into rape allegations.

Of course rape allegations are serious. Yet how many ‘liberal’ commentators have been talking or writing of Assange being “charged with rape” or “fleeing rape charges” or even call him “a rapist”- when it wasn’t factually correct?  The old legal principle ‘innocent until proven guilty’ is thrown out of the window when Assange is concerned. It’s not just a case of ‘guilty as charged’, with Assange it’s ‘guilty even though there has been no charge’.

The great ‘crime’ of Julian – and the reason he’ll probably never be at liberty again, was to pull back the curtain to show us what was behind it.

To reveal what our governments, which we pay for, were doing in our name. He exposed Western war crimes. He showed us what was really going on. He published information which we, as taxpayers, had every right to know. He was Tobermory, the talking cat, in Saki’s classic short-story.

Yet while Assange languishes in jail, and faces the prospect of spending the rest of his life behind bars, those who planned the most heinous of war crimes, such as the illegal invasion of Iraq which led to the deaths of one million people and the rise of the genocidal death cult Islamic State (IS, formerly ISIS), go free.

Even if you think the founder of WikiLeaks should face some form of punishment or penalty for publishing leaked documents, you cannot honestly maintain that sentences of up to 175 years in jail are proportionate.

Assange is being destroyed to deter others from following in his path.

by Neil Clark @NeilClark66    Neil Clark is a journalist, writer, broadcaster and blogger. He has written for many newspapers and magazines in the UK and other countries . He is the co-founder of the Campaign For Public Ownership @PublicOwnership. His award winning blog can be found at https://neilclark66.blogspot.com 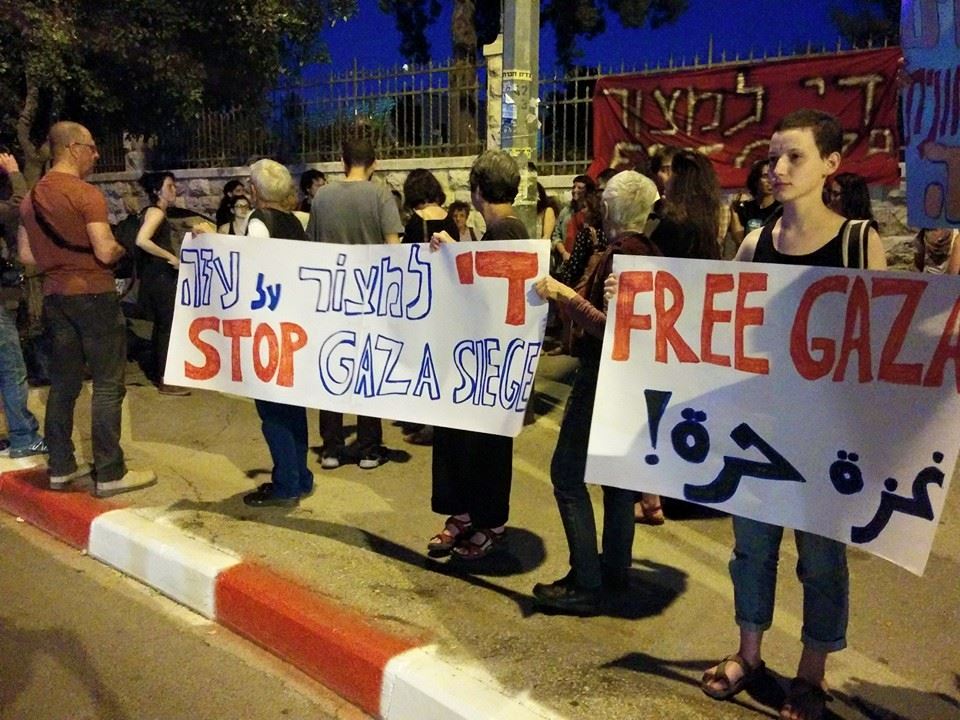 END_OF_DOCUMENT_TOKEN_TO_BE_REPLACED

Susan Abulhawa is a Palestinian writer and the author of the international bestselling novel, Mornings in Jenin (Bloomsbury 2010). She is also the founder of Playgrounds for Palestine, an NGO for children.

by Susan Abulhawa  from Al Jazeera with thanks         When I was a little girl, like many women of my generation who grew up watching American television shows (even if they were dubbed in Arabic), I used to twirl and twirl, trying to attain super powers like Wonder Woman. I would twitch my nose to magically transform my surroundings, like Samantha from Bewitched.

These female characters were exceptions among the docile housewives, the efficient secretaries, and damsels in distress that pervaded the popular media of my time. Wonder Woman and Samantha had the power to change their lives, even if that power had to remain hidden, forever a secret. END_OF_DOCUMENT_TOKEN_TO_BE_REPLACED