Andreas Weber’s “Biology of Wonder”: Aliveness as a Force of Evolution and the Commons

from:  David Bollier    When I met biologist and ecophilosopher Andreas Weber several years ago, I was amazed at his audacity in challenging the orthodoxies of Darwinism. He proposes that science study a very radical yet unexplained phenomenon — aliveness!  He rejects the neoDarwinian account of life as a collection of sophisticated, evolving machines, each relentlessly competing with maximum efficiency for supremacy in the laissez-faire market of nature.  (See Weber’s fantastic essay on “Enlivenment” for more on this theme.)

Drawing upon a rich body of scientific research, Weber outlines a different story of evolution, one in which living organisms are inherently expressive and creative in a struggle to both compete and cooperate. The heart of the evolutionary drama, Weber insists, is the quest of all living systems to express what they feel and experience, and adapt to the world — and change it! — as they develop their identities.

Except for a few essays and public talks, most of Weber’s writings are available only in his native German.  So it is a thrill that some of his core ideas have now been published in English. Check out his lyrical yet scientifically rigorous book,Biology of Wonder:  Aliveness, Consciousness and the Metamorophosis of Science, just published by New Society Publishers.  (Full disclosure requires me to mention my modest role in helping Andreas improve the “natural English” of his translation of his original German writings.)

Future historians will look back on this book as a landmark that consolidates and explains paradigm-shifting theories and research in the biological sciences. Biology of Wonderexplains how political thinkers like Locke, Hobbes and Adam Smith have provided a cultural framework that has affected biological inquiry, and how the standard Darwinian biological narrative, for its part, has projected its ideas about natural selection and organisms-as-machines on to our understanding of human societies.  Darwinism and “free markets” have grown up together.

This is now changing, as Weber explains:

Biology, which has made so many efforts to chase emotions

from nature since the 19th century, is rediscovering feeling as the foundation of life. Until now researchers, eager to discover the structure and behavior of organisms, had glossed over the problem of an organism’s interior reality. Today, however, biologists are learning innumerable new details about how an organism brings forth itself and its experiences, and are trying not only to dissect but to reimagine developmental pathways. They realize that the more technology allows us to study life on a micro-level, the stronger the evidence of life’s complexity and intelligence becomes.  Organisms are not clocks assembled from discrete, mechanical pieces; rather, they are unities held together by a mighty force: feeling what is good or bad for them.

In the grand narrative of evolution, the idea that feeling, emotions, morality and even spirituality might be consequential has long been dismissed.  Such experiences are generally regarded as trivial sideshows to the main act of the cosmos:  nasty, brutish competition as the inexorable vehicle of evolutionary progress.  Indeed, modern times have virtually combined the idea of “survival of the fittest” with our cultural ideas about the “free market economy.”

Weber’s astonishing claim, as a scientist, is that biology should not study living systems as if they were “tiny machines” more or less driven by genetic blueprints.  It should be the study of the feeling self.  There is ample evidence to back up this claim, Weber argues.  However, to recognize this evidence, biology must first shed some key premises of Enlightenment thought, and begin to see living systems through another lens.

Biology currently privileges the individual as the primary unit of

analysis, and it looks for clear cause-and-effect patterns. It regards the swirling ephemera of our internal feelings, consciousness and sense of meaning as forgettable phenomena:  irrational, invisible and transient. Because such feelings can’t be measured and because they are nonrational, it is assumed that they pale in comparison to the grand geo- and biophysical forces of the universe.

With poised assurance, Weber argues persuasively in Biology of Wonder that “subjective feeling [is] the fundamental moving force in all life, from the cellular level up to the complexity of the human organism.”  He explains:

We have understood human beings as biological machines that somehow and rather inexplicably entail some subjective “x factor” variously known as mind, spirit or soul. But now biology is discovering subjectivity as a fundamental principle throughout nature. It finds that even the most simple living 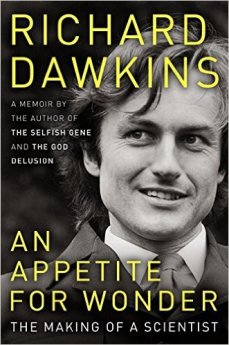 things — bacterial cells, fertilized eggs, nematodes in tidal flats — act according to values. Organisms value everything they encounter according to its meaning for the further coherence of their embodied self. Even the cell’s self-production, the continuous maintenance of a highly structured order, can only be understood if we perceive the cell as an actor that persistently follows a goal. I call this new viewpoint a “poetic ecology.” It is “poetic” because it regards feeling  and expression as necessary dimensions of the existential reality of organisms — not as epiphenomena, or as bias of the human observer, or as the ghost in the machine, but as aspects of the reality of living beings we cannot do without.

As Weber reframes the way in which we approach life – scientifically and personally – the book begins to acquire the force of a revelation.  He interweaves accessible accounts of biological research with his own poignant, first-person stories of encountering wolves, deep forests and other natural phenomena.  The reader quickly begins to realize:  Of course the dualism of the modern mind is reductive and misleading.  Of course we are all deeply interconnected and communicate in experiential, subjective ways – with each other and with the non-human world as well.

Weber asks us to take seriously – as a scientific fact – the idea that the natural world is not comprised of biological machines; it is a sensuous, pulsating web of living, creative agents.  Once we can dissolve the mental boundaries that presume to separate us from “nature” and segregate it as Other, we can begin to see that we live in a world of constant, dynamicrelationship with other living creatures — and with a living Earth.

The philosopher Thomas Berry put it well:  “The universe is the communion of subjects, not a collection of objects.”  Developing an environmental ethic is more than legislating new policies; it is about re-imagining humanity in the world itself.

The idea that our subjective feelings and experiences matter and that they are ecologically significant leads to some surprising conclusions.  Weber writes:

If feeling is a physical force and the expression of this feeling is a physical reality whose meaning motivates organisms to act, then we might understand living beings better if we imagine what is happening in the biosphere as, in a way, resembling artistic expression. This has another interesting consequence.  Art then is no longer what separates humans from nature, but rather it is life’s voice fully in us. Its message is not that beauty has no function. It is rather the essence of reality….Feeling is never invisible; it takes shape and manifests as form everywhere in nature. Nature can therefore be viewed as feeling unfurled, a living reality in front of us and amidst us.

This logic leads us to see the limits of Enlightenment ethics, which regards the individual, human and rational as supreme. Instead, we must start to recognize that sentient bodies have relationships with other sentient bodies, and that the subjective feelings of living organisms matter.  They are the basis for a new ecological ethics. “The feeling body is the ground zero of any morality, the origin of everything good and bad,” says Weber.

The implications Biology of Wonder for our understanding of the commons are profound.  If feeling is never invisible, and shapes and manifests itself everywhere in nature, then the commons may be the best way for us to rediscover our aliveness.  It is a way to make our relationships with each other more legible, and a way to recognize the importance of the whole.  As Weber puts it:

In the ecological commons a multitude of different individuals and diverse species stand in various relations with one another — competition and cooperation, partnership and predation, productivity and destruction. All these relations, however, follow one higher law: over the long run only behavior that allows for productivity of the whole ecosystem and that does not interrupt its self-production is amplified. The individual can realize itself only if the whole can realize itself. Ecological freedom obeys this form of necessity. The deeper the connections in the system become, the more creative niches it will afford for its individual members.

This ethic is already at work in a variety of commons. Ubuntu, a version of the open source program GNU/Linux, takes its name from a Nguni Bantu word that literally means “human-ness.”  It is also encapsulated in the phrase, “I am because we are.”

I can’t begin in a short blog post to do justice to the rich, provocative insights of this important book.  While Biology of Wonder is chock-full of fascinating scientific findings and Weber’s own “biopoetic” sensibilities, he wears his scholarship lightly and does not veer into a soggy sentimentality. He is a champion for a new type of science — a science that frankly acknowledges the importance of first-person subjectivity. A serious empiricism demands nothing less.

This highly original meditation on the nature of life itself is at once poetic and scientific — which is the very point. May Biology of Wonder help break down the walls of misunderstanding within our embodied selves.

reblogged with thanks from:  David Bollier