U.S. signed a nuke deal with N Korea; then totally trashed it 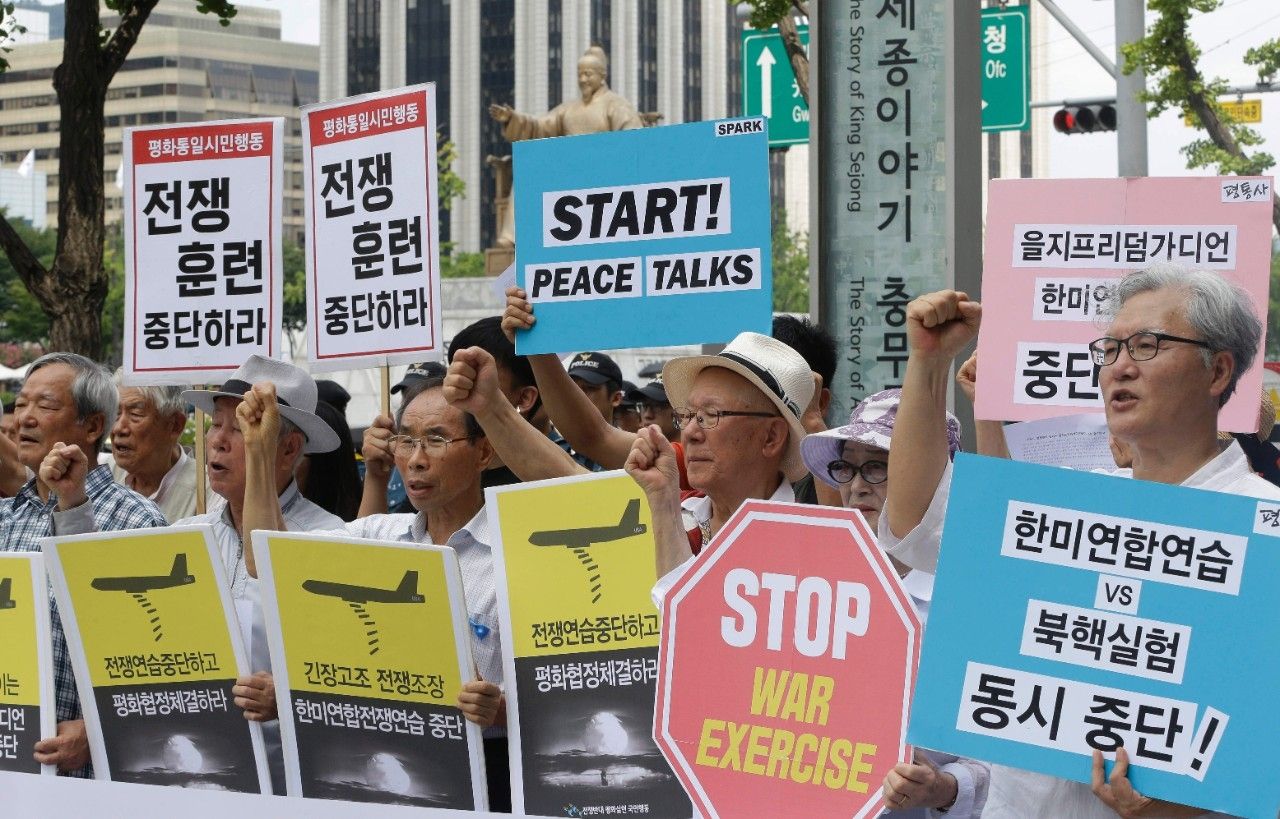 …  by michaellee, shared with thanks       If the Trump administration is to avoid spiralling into a nuclear confrontation with North Korea, it needs to understand what North Korea wants and why it behaves the way it does..

‘The North Korean leaders believe, with ample evidence, that they are in a desperate survival race against a rogue superpower which has destroyed a whole series of countries (recently Iraq, Libya, Yemen..) using its military power to try and reassert its dwindling economic hegemony’. The US has 28,500 troops in 11 US military bases in South Korea

… Under the terms of the 1994 framework, North Korea agreed to freeze and ultimately dismantle its nuclear programme in exchange for “the full normalisation of political and economic relations with the United States”. This meant four things:

The US has arrogantly  broken every single clause of the agreement

The light-water reactors were never built. The US-led consortium tasked with constructing them was in severe debt; senators accused Clinton of understating their cost while overstating how much US allies would contribute to funding them. Hawkish Republicans in Congress derided the framework for supposedly rewarding aggressive behaviour. END_OF_DOCUMENT_TOKEN_TO_BE_REPLACED 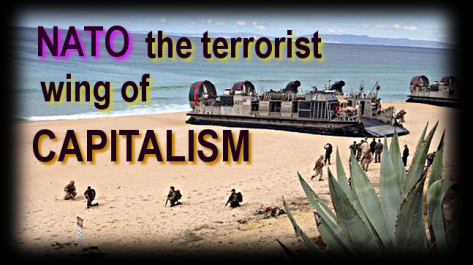 shared from   Insurrection News      On 24 and 25 May, most of the world’s most powerful leaders will meet to discuss war and arming at the NATO summit. Today, NATO has become the weaponized arm of defending the interests of Western capitalism throughout the world and not a factor of security for Europe as we were sold  in the context of Cold War.

We call on all the ungovernable in Europe and elsewhere to join the antimilitarist and anti-capitalist bloc from 5 pm at the Gare du Nord. The next day, at the NATO summit, a “blockage” to disrupt as much as possible the rendezvous of the great powers is also being organized by some associations.

To finance death and suffering, capitalist nations are leading at least two other wars on the rest of the world. A social war is waged within each frontier to make the poorest pay for both the whips that keep them in the rank of exploited but also the massacres of the populations and looting of resources of the countries they call under- developed, constituting a second devastating external economic war.

END_OF_DOCUMENT_TOKEN_TO_BE_REPLACED

Like Loading...
WITH death by nuclear fire back at the top of everyone’s ‘shit I’m afraid of right now’ lists, many people have started thinking about preparing for survival in a scorched, post-apocalyptic wasteland.
If you’re unsure as to what you should ‘pack’ for your journey into the unknown, then allow WWN to walk you through 5 things every Irish person should have in their bunker…
1) Drink
Life in a nuclear fallout shelter is zero craic, unless you get yourself well oiled. Remember; space is limited, so don’t stow cans. Spirits are a far more concentrated, effective way to get yourself shit-faced and ignore the scrabblings of the damned as they try to claw their way in.
2) Iodine pills
The government sent them to you, you threw them in the drawer with the old birthday cards and the Nokia chargers.. now’s the time to put them iodine-ey bad boys to use! Put them in your bunker so you can neck them swiftly when the time comes. END_OF_DOCUMENT_TOKEN_TO_BE_REPLACED

by   Lawrence Wittner  36 Comments      In recent weeks, the people of the world have been treated to yet another display of the kind of nuclear insanity that has broken out periodically ever since 1945 and the dawn of the nuclear era.

“The fact that both Trump and Kim are being ‘messed with’ despite their possession of very powerful armed forces, including nuclear weapons, seems to have eluded both men, who continue their deadly game of nuclear threat and bluster.” 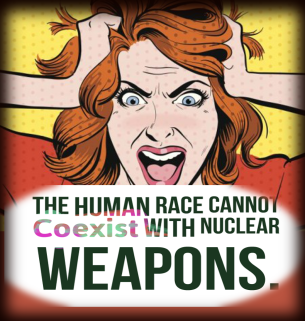 On April 11, Donald Trump, irked by North Korea’s continued tests of nuclear weapons and missiles, tweeted that “North Korea is looking for trouble.” If China does not “help,” then “we will solve the problem without them.”

North Korean leader Kim Jong Un responded by announcing that, in the event of a U.S. military attack, his country would not scruple at launching a nuclear strike at U.S. forces. In turn, Trump declared: “We are sending an armada, very powerful. We have submarines, very powerful, far more powerful than the aircraft carrier. We have the best military people on earth.” END_OF_DOCUMENT_TOKEN_TO_BE_REPLACED

By James Holbrooks at theantimedia.org   shared with thanks

Beijing — Following comments made by White House spokesman Sean Spicer on Monday in which he said the United States would absolutely protect its interests in the South China Sea, the Asian superpower has fired back through its state-run media — going so far as to suggest China should beef up its nuclear arsenal in the face of Donald Trump’s presidency.

As reported by the newswire service Agence-France Presse (AFP) on Tuesday, “In recent days, Chinese social media has carried pictures purporting to show an advanced intercontinental ballistic missile system deployed in the Northeast.”

That missile system, the Dongfeng-41, was described by China’s state-run Global Times in a Tuesday editorial as “a nuclear solid-fuel road-mobile” system with “a range of 14,000 kilometers and a payload of 10-12 nuclear warheads” that can “target anywhere in the world” and is “widely considered one the most advanced intercontinental ballistic missiles.” END_OF_DOCUMENT_TOKEN_TO_BE_REPLACED

from  Friends of TFC with thanks

United States (SCF) – The National Nuclear Security Administration (NNSA) has authorized the B61-12 warhead life-extension program (LEP) to enter the production-engineering phase – the final one prior to actual production. 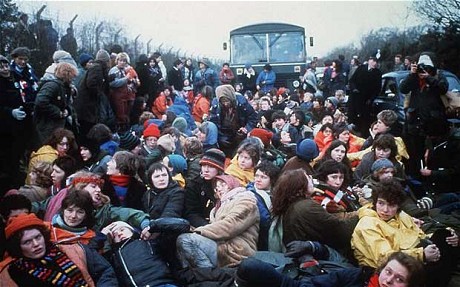 Established by Congress in 2000, the NNSA is a semi-autonomous agency within the Department of Energy. While the Defense Department manages the delivery systems of the nuclear force, the agency has oversight over the development, maintenance and disposal of nuclear warheads.

The implementation of the program runs contrary to President Obama’s stated pledge not to create any new nuclear weapons or ones with new military capabilities.

END_OF_DOCUMENT_TOKEN_TO_BE_REPLACED

Predator Capitalism is war by other methods, but for the US those methods are fast running out.

The great scam of imposing the US dollar as a reserve and oil buying currency is falling apart as countries refuse to comply. So the gigantic debts run up by the USA by these means will finally become real and unpayable, causing a total crash. 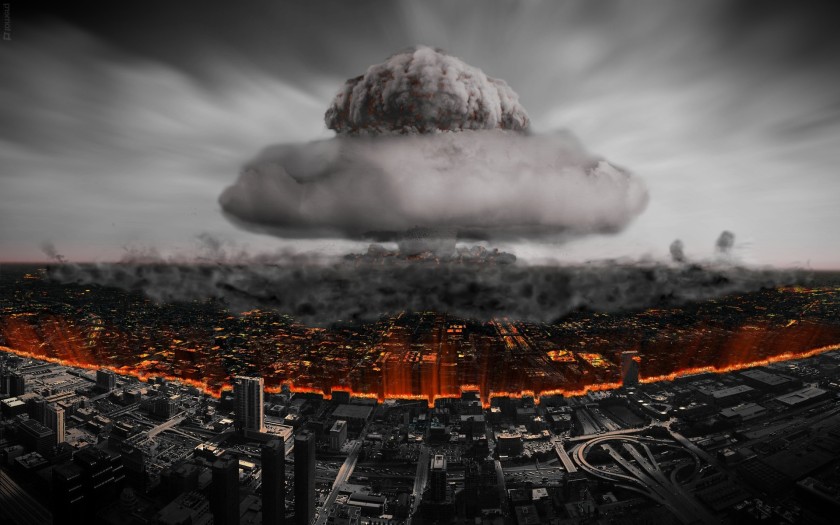 The world economy is now like a juggler forced to throw up more and more balls into the air.

But the cocky billionaires running the US have one Ace left.. military force..  and are not averse to new wars to boost production and bully the world into line… Starting with Russia..

The lunatic logic of capitalist North America, after engineering a coup in Ukraine that will let them bring their nukes up to the Russian border,  seems to be..  BACK DOWN AND SELL YOUR OIL IN DOLLARS.. OR WE BLOW UP THE WORLD

The ultimate logic of Predator Capitalism is the annihalation of you and me. of human life on Earth, but even this is seen as a financial opportunity. billion dollar underground bunkers are  apparently selling like hot cakes to the 0.1%

continued  below. .. Nuclear Bullies face off in Ukraine

Every day the war in Ukraine gets more deadly and threatens to spiral into world war, sponsored by nuclear bullies Russia and the US. Both blocs are desperate to claw back economic advantage as the capitalist system totters to collapse under its absurd logic of infinite growth, terminal greed and conflict.

”The drums of war are beating on the BBC and other mass media,” writes Oliver Tickell – in The Ecologist  ” naked propaganda about fictitious ‘Russian aggression’ intended to soften us up for a war that could wipe out life on Earth. We must refuse to fall for the endlessly repeated lies, and tell our politicians that our highest priority of all is peace.”_drums_of_nuclear war

From the start the ‘Ukraine Revolution’ was suspicious, how many of the groups involved had been receiving US funding for years and years? Now Obama himself  has admitted on CNN that there was a ‘US brokered transition’ and that the US will directly supply arms to the new Ukraine government.