La Directa    This Tuesday, January 8, the Casa Àfrica space in Marià Aguiló street, in the Poblenou district of Barcelona, ​​celebrated with a breakfast and lunch solidarity that the eviction of the building, scheduled for that same day has been temporarily stopped .

The expulsion aimed to put about twenty young people on the street,   who come from several countries of Africa (Morocco, Guinea, Cameroon, Côte d’Ivoire and Gambia) and who they have no place to live, after having being attended by the Red Cross and the Service of Attention to the Immigrants, Migrants and Refugees (SAIER) of the City council of Barcelona. 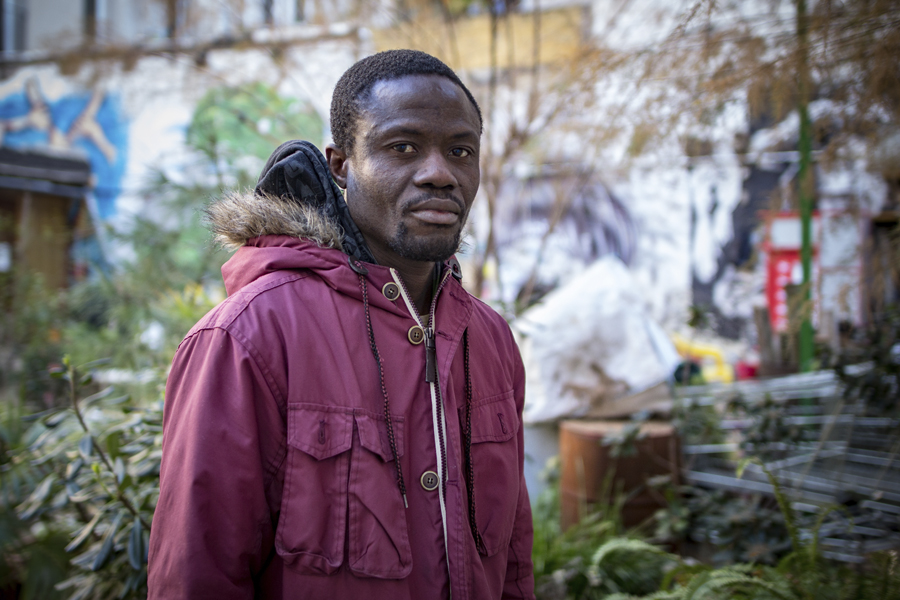 At the moment, two vulnerability reports signed by the same council, the group Apropemos and the Association of Neighbors of Poblenou have taken effect in the courts to delay the eviction.

by Clara Macau | @ ClaraM_18 at   La Directa
Some of Photos by Sira Esclasans and Victor Serri.  translation by The Free

Casa Àfrica is the new name given to the property that, from 2007 to 2018, has hosted the Self-managed Okupied Social Center La Teixidora (CSOA), between evictions.The squatters assembly has organised that it be given over to homeless arriving immigrants and asylum seekers

The building is a house of the beginning of the century with a modernist façade that served as the nucleus of the cultural activities of the Federal Republican Center until 1939. Then it was handed over to the Falange fascist party and fiinally went to  a family from Poblenou barrio. Today, it is owned by Poblenou Federals Society 1922 S.L., a subsidiary of real estate company One Peking Road S.L. Despite the mediation efforts of the Barcelona City Council, the firm has not yet come to negotiate with the current occupants.

CIEs: The Spanish Guantánamo   According to the Spanish Government, a Center for the Internment of Foreigners (CIE) is a non-penitentiary public institution where foreigners are subject to expulsion from the national territory, in short, places of detention for foreigners who, as they usually say , “Have no papers”. However, in practice, and due to lack of regulation and legal regulations, are administrative prisons whose conditions of stay are tougher than the prison itself, where people are interned that without having committed any crime are subjected to a regime Of life harder than those incarcerated accused of a crime.

In addition to the solidarity breakfast and lunch, the support platform for Casa Àfrica has called for a demonstration on Friday 11 in defense of the rights of migrants, an announcement that currently has the support of about 150 col Schools, including the Manters Syndicate or the CIE.

Those responsible for La Teixidora wanted to close their activities on the Marià Aguiló street farm last October, when they contacted the group of activists Emergencia Frontera Sud (EFS). “This summer many people arrived with the Red Cross buses to Barcelona and we were overwhelmed. Finding this house meant that twenty people did not have to sleep in the street, “explains one of the members of the group.

Emergencia Frontera Sur is a citizen network of activists that carries out support and support for migrants. This means that they stay close to the newcomers until they manage to have a stable situation at the place of reception

In Barcelona, ​​they pick them up at the North Station when they arrive on the Red Cross buses, they welcome them at home, they give them information about the resources they have to eat, sleep, shower themselves, accompany them to do bureaucratic Procedures for managing the asylum application and trying to give them legal assistance.

According to the data provided by Barcelona City Council and the Red Cross, in 2018 4,758 people arrived in Barcelona from the southern border of Spain. In summer, the City Council authorized 500 new spaces in an emergency organisation to provide basic assistance advice to migrants. “This  was launched in August,” says an EFS member, “but in July many people arrived that could not be treated.” 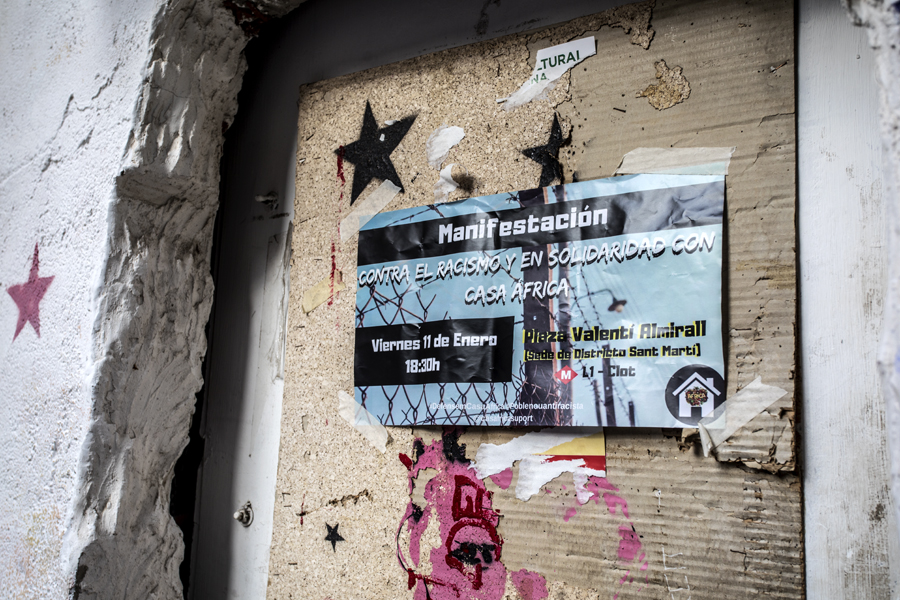 Most of the occupants of Casa Àfrica are asylum seekers, or they already have the procedures begun to request it. They are listed on the waiting list to enter the hostel and participate in training offered by Barcelona Activa.

The City Council says that it tracks its cases from the district of Sant Martí. Right now, they thank EFS for having achieved a place to live and accompany them with information and legal assistance. The group has volunteer lawyers who help them prepare for asylum interviews.

The limits of the municipal reception 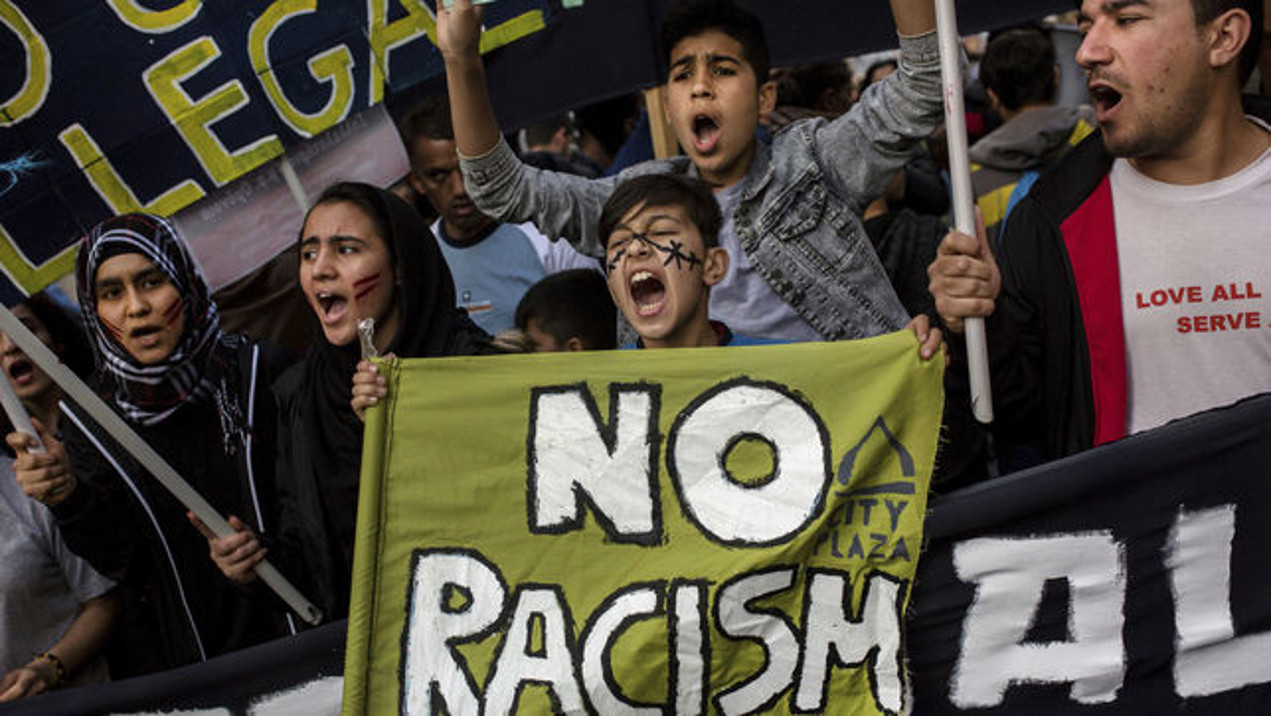 Nebon Babou Bassono is the president of the Burkinabé Association of Barcelona. Since summer, he has been a spokesman for the Emerging Border South community (EFS). We must start the interview, but before we are talking with a young African here. One who has arrived disoriented and angry. He explains the situation: “The first thing we must do is reassure these young people. They have come on a very harsh route and they find themselves with nothing, not even information or directions. “

This is the case of Seydou O., a 27 year old from Ivory Coast, after passing through Morocco and Andalusia. He explains that he arrived at the North Station in Barcelona in the summer and he was received by Red Cross personnel. They moved him to the offices of Calle Sancho de Ávila and there they told him that he could not stay there, so he had to find a solution. Seydou O. adds that he was returned to the bus station with 80 euros and a map to go to SAIER. There, without knowing very well what he had to do, he found the first person of EFS.

EFS was organized last summer to give a roof to people who have just arrived in the city and who do not have family members who can take them. Faced with the saturation of municipal facilities, they are committed to self-management and citizen will. “We do it as we can, in our house, at a friend’s house … the administration does not contemplate the waiting times of the hostels and this means that they have no other exit than the street, if nobody helps them”, explains a member of the group.

Babou Bassono and his colleagues explain that they are neglected when asylum seeks, seeking accommodation or accessing healthcare. In addition to the lack of resources, they indicate that they do not have access to information about the steps that must be followed to establish themselves in the city

Babou Bassono and his colleagues at Emergencia Frontera Sud explain that migrants are told they are neglected when it comes to knowing how to request asylum, search for accommodation or accessing healthcare. At SAIER, they say, there are no translation teams, but staff that can speak English, French or, in some cases, Arabic.

When this is not the case, the team is contacted, by telephone, and after a wait which can be one or two hours, they find a translator that helps to get the information. There are migrants who come from countries in Africa where other languages ​​are spoken and, sometimes, they do not know either French or English. In these cases, it is still harder to find a translator.

The legal assistance provided by SAIER, says Emergencia Frontera Sud, consists of a group appointment with a lawyer. The appointment may take a month. In addition, although the service also provides for individualized advice, of the twenty people that accompany the group and who already have an appointment to request asylum, only two have been able to benefit, due to the waiting periods.

In spite of everything, the Barcelona City Council states that “since the beginning of June, 3,359 people have received first-class service, and all have had access to a translator and a basic legal orientation.”

The council adds that the SAIER, in particular, has a translation service in eight or ten different languages, and offers a free legal orientation. “What we can not offer is accommodation because it is not a municipal responsibility, nor do we have resources to do it,” City Council sources conclude.

Since last summer there have been calls for Spain to fulfill its duties  as regards asylum, since, until now, the task of reception must be carried out with the municipal funds .

In the neighborhood of Poblenou, the migrant group has received a warm welcome . The Association of Residents of Poblenou and other entities such as La Flor de Maig have welcomed African young people in their activities and have provided them with clothes and food.

Montse Milà, of the Association of Neighbors, has followed the case together with Emergencia Frontera Sud and the City Council of Barcelona. She is one of those responsible for the vulnerability report by which the eviction of the occupied property has been stopped for the moment. “We know that this is a partial victory,” she says, “because the building is in the middle of the neighborhood and is a speculative candy for the rise of private flats, but we will fight wherever we can to defend that the boys and have them stay in the neighborhood “. 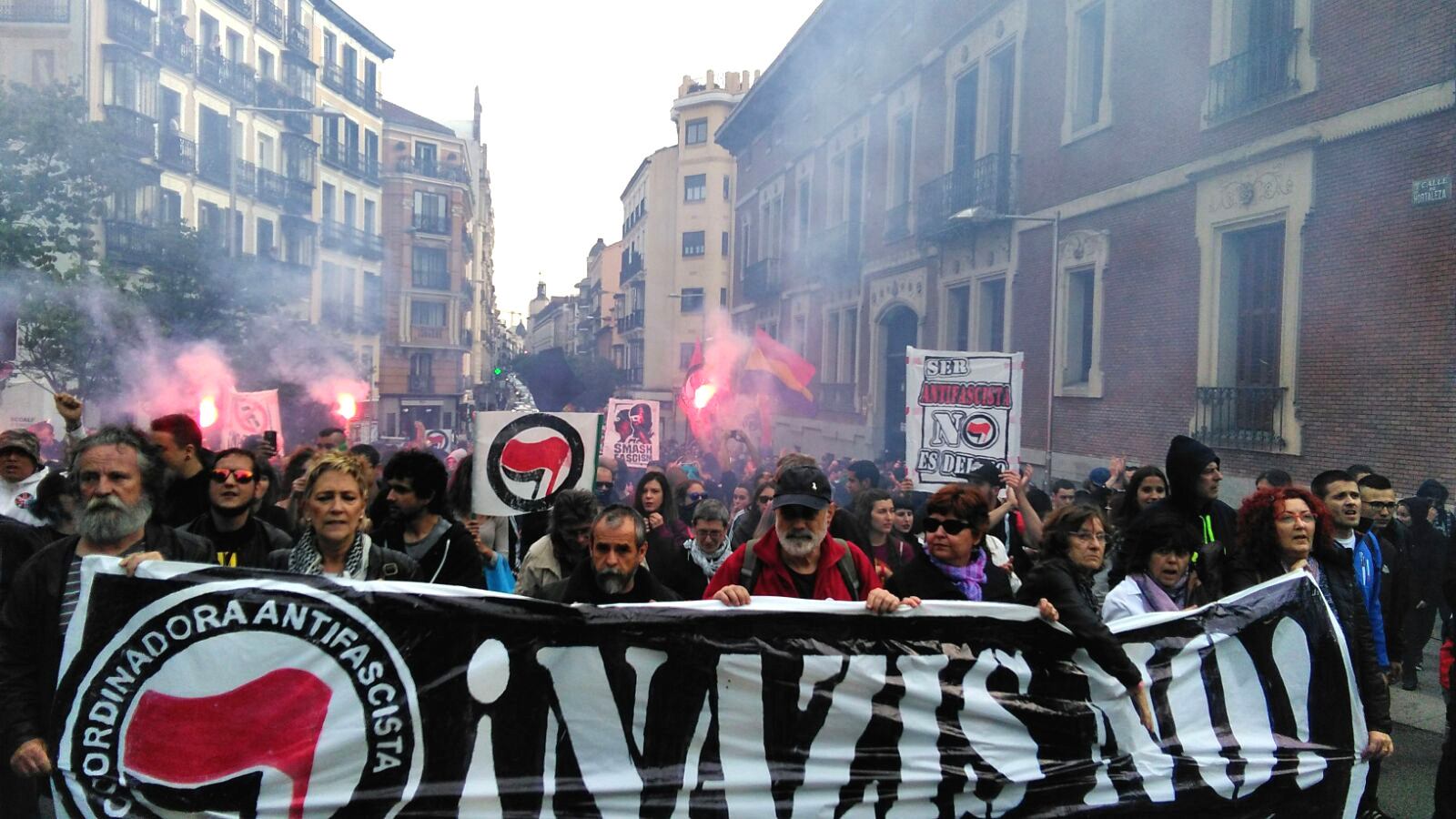 October 15, 2018 “Information Clearing House“ –  Brazilian democracy is on the brink of the abyss. The institutional coup that was set in motion with President Dilma Rousseff’s impeachment and led to the unjust imprisonment of former President Lula da Silva is all but complete. 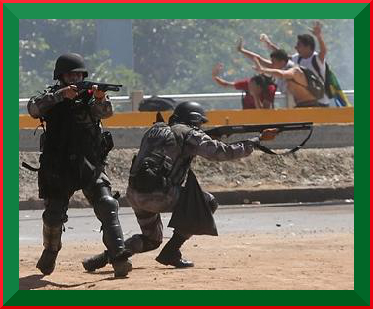 The consummation of the coup has acquired a meaning that is quite different from what was initially intended by many of the political and social forces that promoted it or just would not disagree with it. Some of these forces either acted or reacted in the honest belief that the coup was aimed at regenerating Brazilian democracy by fighting corruption, while others saw it was a way of neutralizing the elevation of the popular classes to a standard of living that sooner or later was to be a threat not only to the elites but also to the middle classes (among whom there were many who were the product of the redistributive policies against which they were now turning). END_OF_DOCUMENT_TOKEN_TO_BE_REPLACED