The State as a monopoly on violence

As long as we have a State we will have rebellions against it. Why? Because the State is a tool by which a small group of people rule a large group of people, against their interests.

Can you imagine people being ok with 1% of people owning 40% of the world or your boss making 100 times as much as you do if there wasn’t violence keeping that relationship in place? When people are struggling to eat? People call police the biggest gang around for a reason.

German sociologist Max Weber defines the state as a “human community that (successfully) claims the monopoly of the legitimate use of physical force within a given territory.” This monopoly is portrayed as ensuring law and order, but when we realize whose law and order we are talking about things begin to look different. 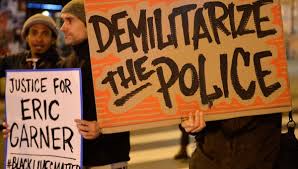 The State is an instrument of the ruling class, and depends on violence to maintain its authority and domination of the people and control of power and resources. As long as it continues to promote the concept that it is the only source of legitimate violence, it maintains the capacity to enforce this monopoly.

The prison industrial complex (PIC) is a term we use to describe the overlapping interests of government and industry that use surveillance, policing, and imprisonment as solutions to economic, social and political problems. Being the repressive branch of the state, the PIC helps and maintains the authority of the ruling class, those who have greater access to power and resources, through racial, economic and other privileges.

There are also individuals in the private sector making huge profits through ownership of private facilities, slave labor done by people who are incarcerated, buying products made by slave labor in the prison system, or selling products needed for the continued functioning of the prison industrial complex. The PIC is also instrumental in eliminating social and political dissent by oppressed communities that make demands for self-determination within the US. 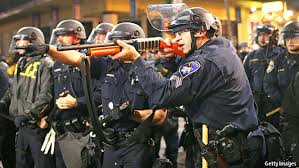 The State claims to be the only source of legitimate use of violence, but the ruling class is made of only the few most powerful elites. In order to secure and maintain its control of power and resources, the ruling class must grant permission or employ some of the population to carry out violence against the rest of us. This is the function of the police, to enforce the decisions and to protect the interests of the ruling class and impose their will on the people, through violence.

Who Will Protect And Serve Us?

It is clear that in instances of police brutality and murder, we cannot count on the court systems to bring those who commit acts of violence under authorization from the state to justice, as they are a part of the system that is responsible for the many violent acts committed against working class people of color.

Since we know we cannot depend on the police to protect us, we must build the capacity to protect our own communities. The people affected must organize and challenge the state monopoly on the legitimate use of violence and establish themselves as a parallel source of legitimate power run by their own communities.

We must establish community defense councils, which are capable of defending working class neighborhoods from police, as well as providing mediation to resolve conflicts between members of the community and others nearby. The focus of these formations should be on accomplishing three things:

First we should be able to mobilize and respond quickly in our neighborhoods in order to prevent, defend, or retaliate against police terrorism.

Second, we should be able to hold regular meetings in the community in order to address conflicts between neighbors so as to eliminate our dependence on police to resolve our disagreements.

Finally, should one someone in our communities become a victim of police violence, we should have the ability to create enough of a disruption in the lives of the ruling class in order to force them to give us justice by meeting the demands of the victim and/or their family.

It should be noted that the defense councils should not be another gang, or hierarchical organization over the people, like the police. Our capacity for self-defense should be generalized, and the divisions that allow our community to be enslaved in the first place must be knit together to create a power that can defend everyone within it with care, respect, and justice.

To deal with the problem of police violence we must rebel against police occupation, build the capacity to defend ourselves as well as our neighbors, and create alternative institutions where people can turn to solve problems within our communities in a fair and healthy way.

Of course this will not happen overnight. Nor will it happen if we wait for someone else to do it. We must be realistic about this process, but determined in advancing it.

There are lessons and examples from the past of tactics to embrace and those to avoid. There are charismatic leaders that may have suggestions about how to react as a community when people are murdered by the police, but we all need to be present making decisions from the framework that we need more than simply prosecuting the police and justice for one murder.

The people in the communities affected should control the movement for dignity, justice and freedom. The police are propping up a system of violence that condemns us to live under unequal conditions.

The entire policing system needs to be done away with, along with the state it protects.

Who has more legitimacy to police a community than the community itself? All power to the people.