‘Ireland’s current abortion law is a long-standing human rights violation, and it needs to be changed’.

‘May 25 can be one of the remarkable days in history, not only for women in Ireland, but also for all women around the world’,

The countdown has started for Ireland to, hopefully, liberalise its abortion law, which is one of the most restrictive in Europe.

A referendum to repeal article 40.3.3, known as the 8th Amendment to the Irish Constitution, will be held on May 25.

If the majority votes “yes” to repeal the amendment, this will pave the way for a new abortion law, one that is in line with today’s human rights standards.

A draft bill that would replace the current abortion law, if Ireland chooses to repeal, has already been shared with the public – If “yes” votes are loud enough, women will have the right to request an abortion during the first 12 weeks of pregnancy. 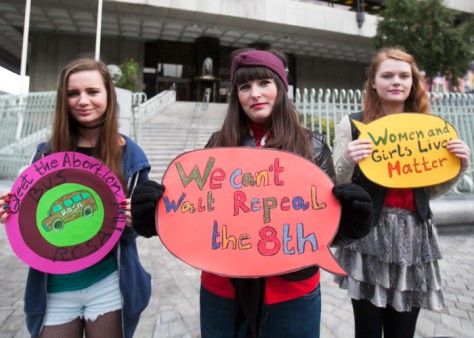 see also : 8 reasons we are voting Yes to Repeal the hated 8th

Ireland’s current abortion law is a long-standing human rights violation that has been depriving women of their right to life, health, privacy, information, equality and non-discrimination, as well as their right to be free from torture and ill-treatment.

On May 25, Ireland will finally have an opportunity to put an end to all this.

In Ireland, the law works to the detriment of women

The 8th Amendment came into force in 1983 to provide an “extra layer of protection” to an already strict abortion ban in a country where abortion has always been illegal.

The amendment directly stemmed from the fear that abortion would eventually become legal in Ireland.

In 1967,  Britain passed the Abortion Act that gave women access to abortions in certain conditions. Consequently, many women from Ireland started to travel to Britain to terminate unwanted pregnancies, causing alarm in conservative circles in Dublin. 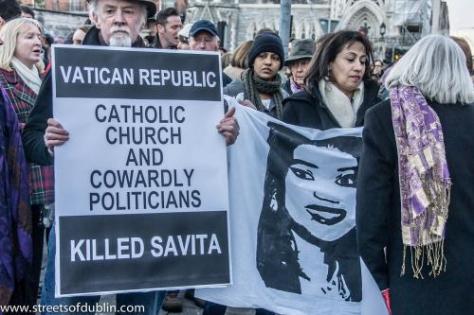 Six years later, in 1973, the US Supreme Court decision in Roe v Wade affirmed the legality of a woman’s right to have an abortion under the Fourteenth Amendment to the country’s constitution.

In 1974, the Irish Supreme Court found in McGee v Attorney General that individuals had a right to marital privacy and that this extended to the importation of contraception.

The potential similarities between this decision and Roe v Wade caused anti-abortion rights activists in Ireland to fear that protections for abortion rights similar to the ones in the US could one day be accepted in their country. 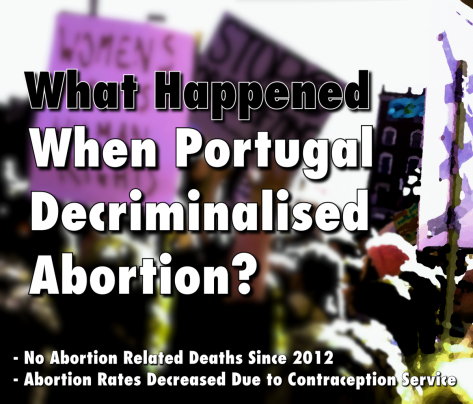 In this environment, the Pro-Life Amendment Campaign (PLAC) was launched with the support of the Catholic Church to reinforce the criminalisation of abortion that led the way for the 8th Amendment

Ireland to vote on abortion in May

The 8th Amendment, which came into force in 1983 as result of a referendum, gives the unborn child and the pregnant woman equal right to life.

The 8th Amendment neither fits into the human rights framework that acknowledges the rights to be granted and protected after birth nor is implemented in a way that gives “equal opportunities” for the woman and the unborn.

Since it came into force, the amendment has usually been implemented at the expense of women’s health and well-being.

One of the well-known examples to that was the “X Case” in 1992, where a 14-year-old girl, who became pregnant as a result of rape, became suicidal after she was prevented from travelling to Britain for an abortion.

This rape survivor was forced to do something against her will for the second time, this time by the law, resulting in her wanting to take her own life. However, thankfully, the Supreme Court decided that women have right to abortion if pregnancy poses any life threatening risks, including the risk of suicide, to a pregnant women.

The case sparked great debate around the country and resulted in three simultaneous referendums on amendments to the Irish constitution in November 1992. 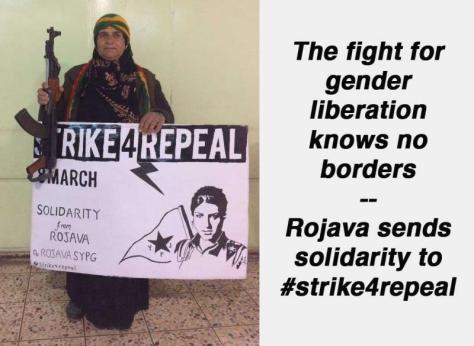 The 12th Amendment attempted to remove suicide as grounds for an abortion but was defeated.

The 13th and 14th amendments acknowledged that women could travel abroad for terminations, and that information about services in other countries could be made available to them.

These were both passed and added to the constitution.

Negative impacts of the 8th amendment on women were obvious. However, instead of a progressive approach, “not in my backyard” mentality was chosen. These amendments were saying: “Feel free to have an abortion elsewhere but not in Ireland – if you can afford to do so”. In essence, the amendments ignored the rights of women with little or no income, with a disability, or insecure immigration status, hence were against the equality and non-discrimination principles.

Abortion in Ireland: ‘It’s your uterus, your decision’

And in the decades following the X Case, pregnant women facing life-threatening risks have continued to be denied access to safe abortions in Ireland due to the 8th amendment.

In 2012, 10 years after the Supreme Court decided in favour of the pregnant teenager in the X Case, a 31-year-old dentist named Savita Halappanavar died due to complications from a septic miscarriage at 17 weeks’ gestation.

Her life could have been saved if she had been given a termination, but instead, her abortion request was denied on several occasions based on the 8th amendment, which protects the foetus’ right to life as well as the pregnant woman’s.

Although her condition was worsening, she was denied termination on the grounds that the unborn had a heartbeat.

After the death of Savita Halappanavar, the Protection of Life during Pregnancy Act allowing for abortion in cases where pregnancy endangers a woman’s life, including through a risk of suicide, was passed into law in 2013.

The Act reiterated that having and performing abortions in cases where there was no life-threatening risk to the woman is a criminal offence punishable with up to 14 years of imprisonment.

Due to the fact that abortion is a criminal offence, women continue to be ill-treated and denied access to information around abortion. They are forced to “prove” that they are suicidal if they want to terminate their pregnancy, and to endure life-threatening health complications so long as the foetus has a heartbeat.

They are left at the mercy of health professionals in “a Catholic country”, as Mr and Mrs Halappanavar had been told when they asked for an abortion.

Criminalisation only stigmatises women and does not prevent abortions.

In 2016, 3,265 women and girls accessing abortion services in the UK gave an address in Ireland, according to statistics published by the Irish Family Planning Association (IFPA).

It is believed that the real number is much higher, as most Irish women do not give their actual addresses when seeking an abortion in Britain, due to the deep-rooted fear of stigmatisation.

There are also women who travel to countries other than Britain to access abortion.

There may also be many women who resort to unsafe methods to terminate their pregnancy because of their inability to travel and fear of stigmatisation.

Women on Waves, a women’s rights organisation formed to prevent unsafe abortions and to provide medical abortions, said they have sent 1,642 abortion pill packages to Ireland between 2010 and 2012.

The numbers clearly demonstrate that criminalisation does not stop abortions.

Abortion bans achieve nothing but endanger the lives of women and cause discrimination and inequality.

For the continuous violation of basic human rights of women to end, Ireland’s archaic abortion laws need to change.

To make this happen, people of Ireland should vote “yes” in the upcoming referendum and repeal the 8th amendment, which has harmed countless women over the years.

The time has finally come – May 25 can be one of the remarkable days in history, not only for women in Ireland but also for all women around the world.

Let’s #Repealthe8th and make May 25 a day to celebrate!

Ozlem Hangul is a human rights practitioner based in London.           @ gOzlemm