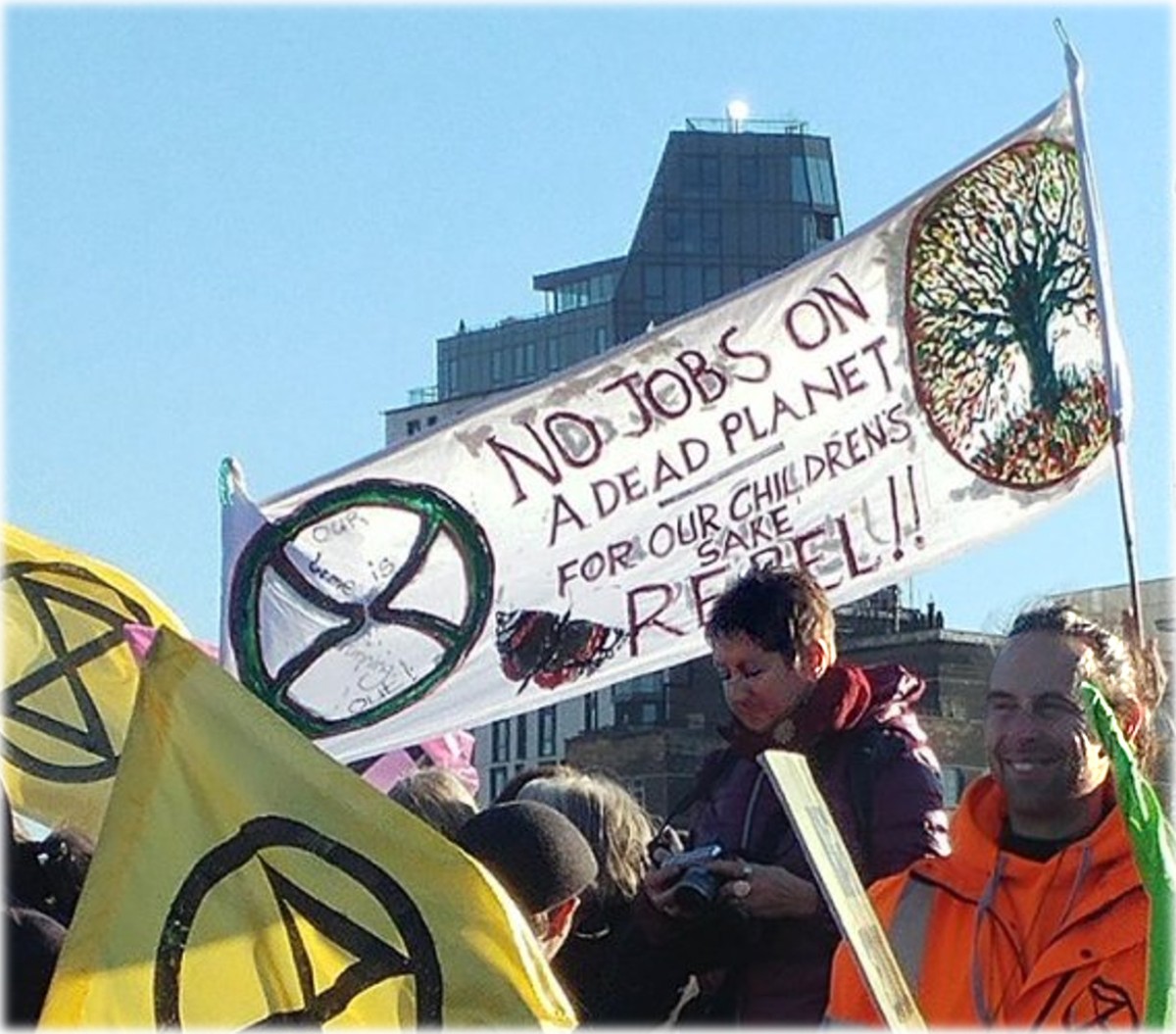 Is the human species finally waking up to the fact that industrial capitalism is murdering the planet and realising that we all have to take action to stop it?

The signs are currently looking good in England, where the Extinction Rebellion (XR) movement has appeared out of nowhere and mobilised thousands of people to block streets and engage in civil disobedience. 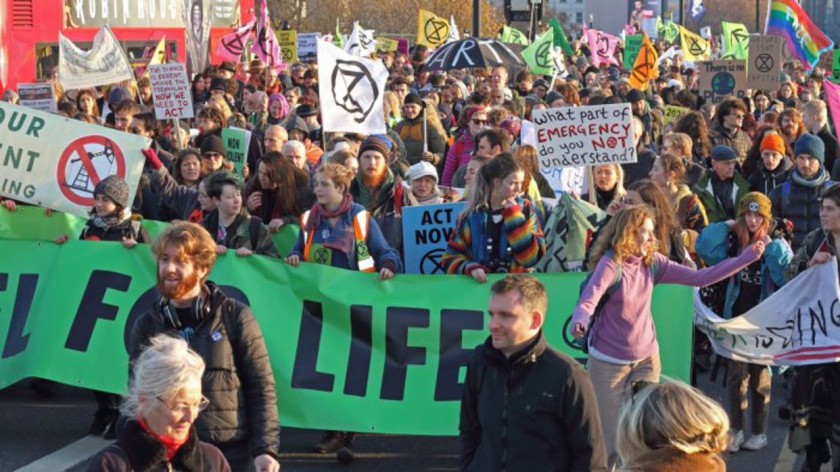 The first big day of action was on Saturday November 17, when some 6,000 people took to the streets of London.

More than 80 people were arrested.

Said Gail Bradbrook of XR: “This is an act of mass civil disobedience. This is the start of an international rebellion protesting the lack of action on the ecological crisis”.

There were swarming road blocks across London in the run-up to Rebellion Day 2, announced for Saturday November 24, 10am to 5pm at Parliament Square.

The Rebellion has also started to take off elsewhere, such as Sweden, Denmark, the Netherlands and Ireland.

Some question marks have been raised in anti-capitalist circles about the XR approach. For a start, the enthusiastic participation of pseudo-radical Guardian columnist George Monbiot, who too often mirrors his employers’ anti-left neoliberalism (see the Media Lens archives), has set alarm bells ringing.

A strangely deferential attitude to the police has also worried many. In an article in The Canary, Emily Apple highlighted a failure in XR circles to critique the fundamental relationship between the police, the state and corporations, pointing out: “Ultimately, the police are there to protect the interests of the state”.

She added: “It is our duty to rebel. But effective rebellion will mean facing the full force and the full power of the state, and being prepared for the consequences.

“No amount of statements of non-violence will stop the police going in with full force if what you’re doing is a threat to the state or corporate profit. It won’t stop fundamental police tactics of harassment and disruption; tactics designed to deliberately deter people from protesting”. 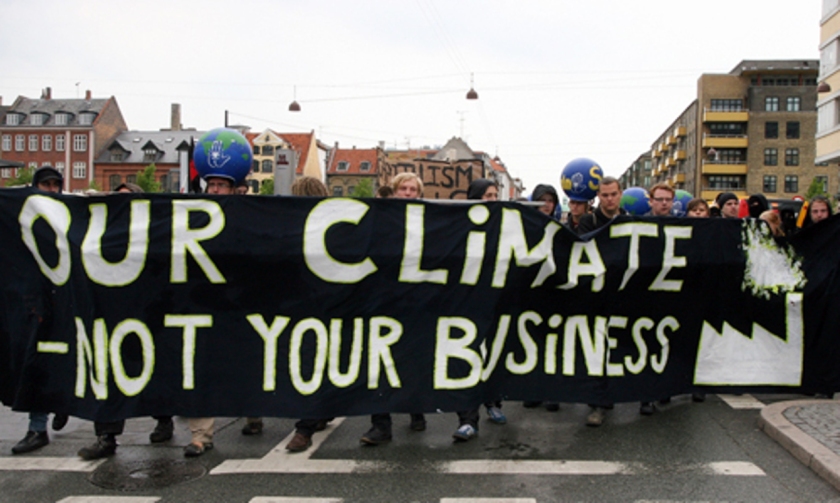 However, most would applaud the way XR has achieved what seemed impossible and ignited a whole new wave of public protest against industrial capitalism.

If you believe in a full diversity of tactics, then you have to wish them well and hope that their misguided faith in the intentions of the UK’s police does not end with too many baton-bludgeoned limbs and skulls, when the corporate-owned state decides that XR’s disruptive tactics have gone far enough.

Another encouraging sign of a change in consciousness is the publication by the UK’s Anarchist Federation of a booklet (available online) called Capitalism Is Killing the Earth: An Anarchist Guide to Ecology. 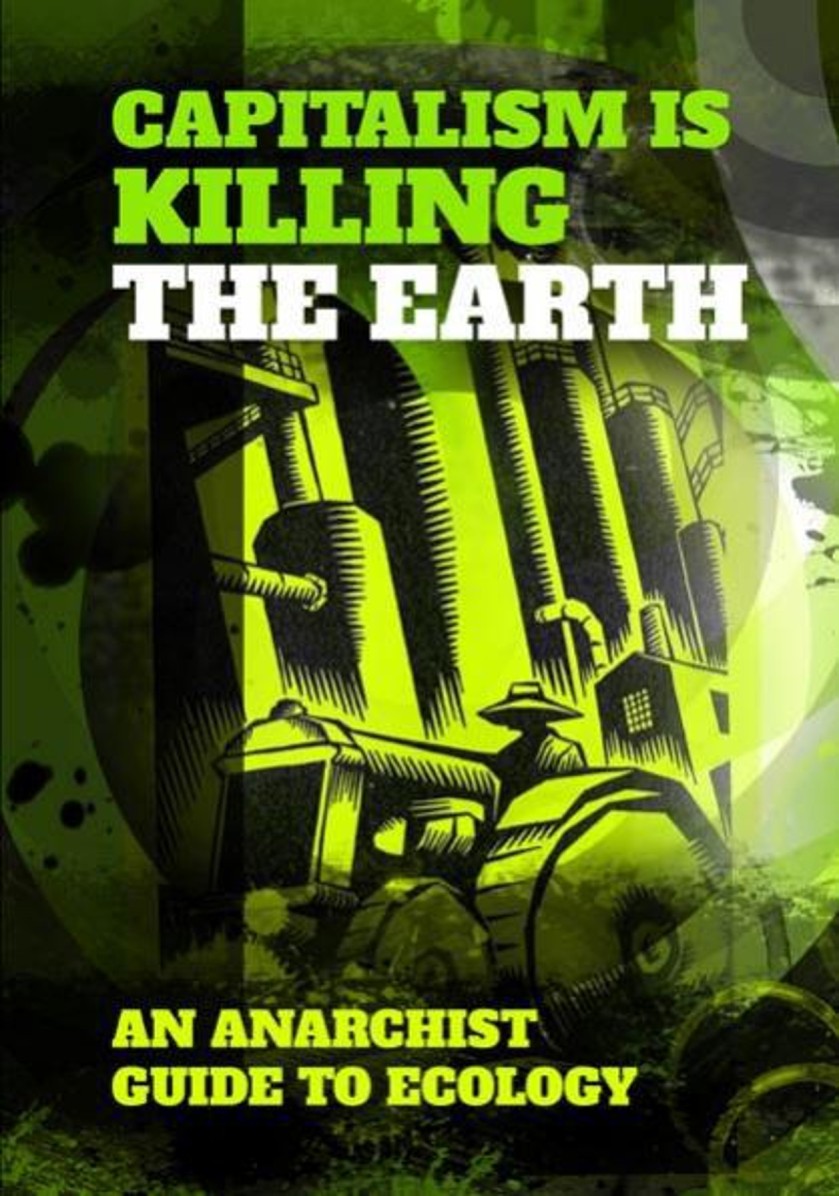 The booklet rightly notes: “There has been wider understanding of environmental issues since mainstream publications such as Silent Spring, Gaia and An Inconvenient Truth; however, an anti-capitalist critique has been lacking”.

The aim of anarchists should therefore be to “make the link between capitalism and environmental degradation explicit in our politics and critique the role of the state in facilitating this”.

It tackles the issue of false solutions to the environmental meltdown, observing that most proposals for change do not question the overarching system of capitalism and the market economy: “The existence of private 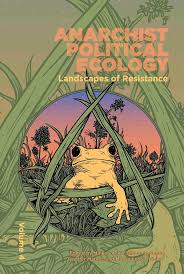 property, the appropriation of nature as a source of growth and production for profit instead of need are at the root of the problem, so they cannot be part of the solution”.

It was not clear to us, though, what is intended by the reference to a “primitivist” alternative society preventing people from “maintaining or increasing their standard of living”.

For the industrial capitalist mindset, “standard of living” is all about having a car and a dishwasher, flying abroad on holiday and fully participating in the capitalist economy. It is about buying and consuming.

Presumably the authors agree that a genuinely high “standard of living” would involve living freely in a community of equals, sharing the produce of the earth, breathing fresh air, eating uncontaminated food, waking each morning to the sound of birdsong or children’s laughter rather than of low-flying aircraft or the motorway at the end of the street.

The booklet says anarchists should “work more closely with groups such as Earth First!, Reclaim the Power and Rising Tide to further develop an activism which is both confrontational towards capitalism and is inclusive of local and global perspectives”. 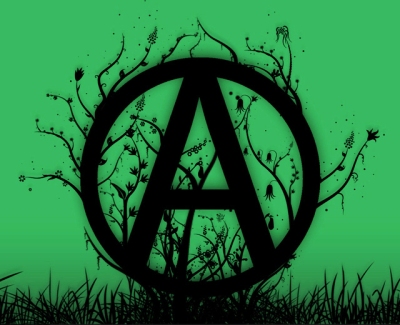 We agree. A full convergence of anti-capitalism and anti-industrialism is long overdue. Industrialism and capitalism are not two separate phenomena but two aspects of the same thing.

Whether you first notice its existence from an environmental perspective or from a social one, industrial capitalism is readily identifiable as the enemy.

It is the enslaver of humanity, the stealer of land, the destroyer of community and, unless we can quickly drive a stake through its malignant heart, the murderer of our planet.

What do eco-anarchists propose instead of capitalism?/

´from Ecotopia Network.. ‘… in place of capitalism eco-anarchists favour ecologically responsible forms of libertarian socialism, with an economy based on the principles of complementarily with nature; decentralisation (where possible and desirable) of large-scale industries, reskilling of workers, and a return to more artisan-like modes of production; the use of eco-technologies and ecologically friendly energy sources to create green products; the use of recycled and recyclable raw materials and renewable resources; the integration of town and country, industry and agriculture; 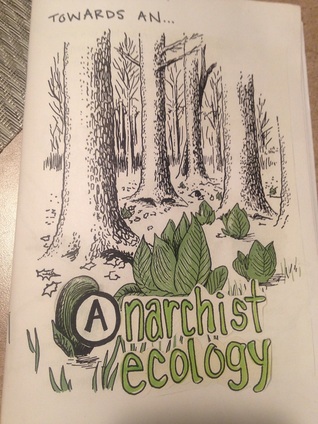 the creation of self-managed eco-communities which exist in harmony with their surroundings; and self-managed workplaces responsive to the wishes of local community assemblies … in which decisions are made by direct democracy and co-ordinated (where appropriate and applicable) from the bottom-up in a free federation. Such a society would aim to develop the individuality and freedom of all its members in order to ensure that we end the domination of nature by humanity by ending domination within humanity itself”.

Fighting the cancer of economic growth

Degrowth and the death of capitalism

Fleeing the black volcano of industrialism