In the last few weeks, the public has gotten a rare glimpse into the horrific plight of prisoners locked away in U.S. prisons and jails. With forest fires devastating the West Coast, prisoners continue to suffer and bear the brunt of indifference.

A whistleblower at an ICE detention center in Georgia alleged that hysterectomies were performed on numerous women without their consent, drawing comparisons to the medical atrocities performed throughout history.

In Rochester, New York, the police murder of Daniel Prude has led to daily protests and continued calls for structural change. In Washington State, police murdered an unarmed suspect, Michael Forest Reinoehl, who was alleged to have been involved in a shooting of a right-wing protester in Portland, Oregon.

Meanwhile in Washington, Attorney General Barr has encouraged prosecutors to consider charging protesters with sedition, a charge often brought against those confronting the State.

Visitation is scheduled to re-open at the Federal Bureau of Prisons (BOP) on October 3, while numerous state jails and prisons have already resumed visitations. COVID-19, however, continues to wreak havoc in jails and prisons, with many fearing that visitations will only exacerbate the problem.

As you flip your Certain Days: Freedom for Political Prisoners calendar to October, you’ll experience a vibrant yet haunting self-portrait by formerly-incarcerated Richard Rivera, who spent 38 years imprisoned.

The article for October is written by political prisoner and Certain Days inside collective member Xinachtli, and titled ‘Knitting Together Our Struggles: Global Capitalism as Our Common Unifier.’

As you will know by now, PRE-SALES ARE NOW OPEN for the 2021 Certain Days: Freedom for Political Prisoners calendar. Order 1, 10, or 100 and rest assured that you’re doing your part to support North American political prisoners.

In addition, this past year the Certain Days collective was honored with a Shuttleworth Foundation grant in honor of the tireless work we do in solidarity with political prisoners. We will be making some special offers to send copies to people in prison via our social media pages, so be sure to stay tuned.

Here’s a rundown of what went down in September, and a look ahead at October.

There are five political prisoner birthdays in October, so THIS WOULD BE THE PERFECT TIME TO THROW AN ONLINE PRISONER LETTER-WRITING PARTY!

The personal touch of a birthday card means so much to those inside, so write a letter, and show your solidarity with those fighting for a better world. Remember that prisoners at Federal prisons (USPs and FCIs) cannot receive cards, colored paper, or colored ink.

After serving four years in a California federal prison for felonies related to the 2016 uprising at Standing Rock, Red Fawn Fallis was released yesterday.

This is how her family and friends greeted her at the Bismarck Airport pic.twitter.com/xnrdbHGjmM

If you correspond with longtime political prisoner Maroon Shoatz, know that he has been moved. His new address is as follows:

Running Down the Walls

The 2020 Running Down the Walls (RDTW) events that took place in early September seem to have been successful, raising awareness and lots of money to support those locked away.

A really well-done video of the Philly run captures the revolutionary spirit and solidarity involved in RDTW, in case you missed it. Find out more about how funds are used and how to get involved.

Our #RunningDownTheWalls 2020 reportback is out! Together we raised a total of $14,012 for #RussellMaroonShoatz and 19 other #PoliticalPrisoners supported by the ABCF Warchest program.

Huge thanks to everyone who came out, remotely or in person!https://t.co/Nbyq1ZqLTA pic.twitter.com/b0W3UJjAGe

Resistance to escalating state violence and authoritarianism continues to grow with each passing week. In mid-September two Indigenous people were arrested and held incommunicado following a border wall protest in Arizona, both since released.

Unrest in Lancaster, Pennsylvania following the police murder of a local man has culminated in 12 protesters facing riot charges, with each being held on an astronomical $1 million bail.

Support sites for Urooj Rahman, Colinford Mattis, and Lore Elisabeth Blumenthal are still active, with each facing heavy charges from protests in response to the police murder of George Floyd.

While we are currently seeing an influx of political prisoners, we cannot forget those currently incarcerated and those recently released.

In Case You Missed It

Certain Days to Keep in Mind

Besides there being a ton of political prisoner birthdays in October, there are also a ton of dates that commemorate radical history and those who struggled to make it happen.

In October we celebrate, mourn, and learn from the various revolutionary struggles of John Brown, Angela Y. Davis, Che Guevara, Huey Newton, and Seth Hayes and numerous other Black Liberation militants. We recognize imperialist wars and the grassroots movements to end them, liberationist struggles for survival and freedom, and so much more.

Be sure to pre-order your 2021 Certain Days calendar now so that you don’t miss out on all this radical history! 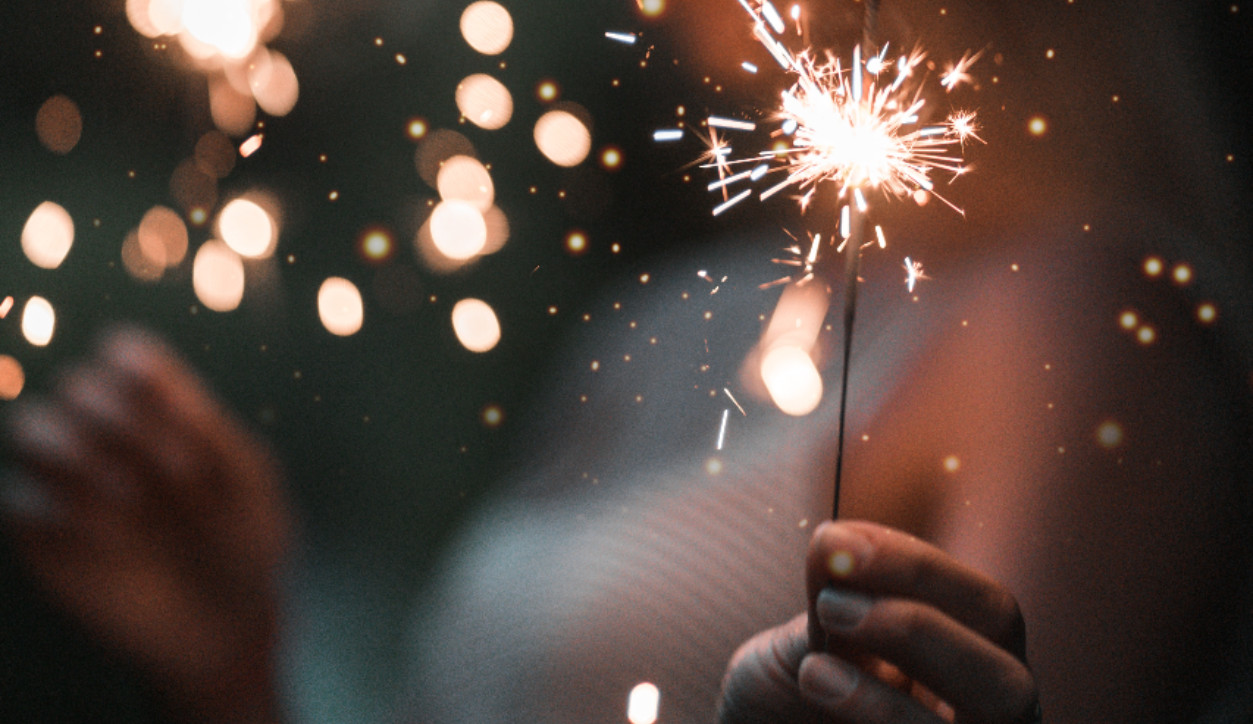 Inspired by the spirit of the Political Prisoners Birthday crew, here’s a short listing of some rebel prisoners who have upcoming birthdays in October.

For an an introduction on how to write to prisoners and some things to do and not to do, go here. If you have the time, please also check IWOC’s listing of prisoners facing retaliation for prison strike-related organizing.

If you haven’t already, please take a moment to support Ed Poindexter’s clemency campaign, and keep an eye out for ways to support the 51 antifascists who were recently arrested in Thessaloniki, Greece. Congratulations to Jalil Muntaqim, who finally made parole this month, and to Comrade Malik Washington, who finally got out in September, and wishing a very happy birthday to former antifascist prisoner Eric Hancock, who will be celebrating in freedom this year.

Everyone should support the defendants facing charges related to their alleged participation in the George Floyd uprising – this list of our imprisoned comrades needs to be getting shorter, not longer. The status of pre-trial defendants changes frequently, but to the best of my knowledge they currently include:

Please do not write anything to pre-trial defendants that could in any way have a negative impact on their trial, and keep an eye out for changes in their status.

If you have any money to spare, consider checking out Eric King’s defence fund, Greg Curry’s fundraiser masks, and the fundraiser for the Bay View, a vital piece of prison movement infrastructure that also serves as Comrade Malik’s welcome home fund.

Much as I hate to see even more of our lives and communications being enclosed by tech companies, it seems inescapable at the moment, so for anyone who doesn’t want to leave their house to buy stamps/cards/envelopes or to send mail, a reminder that many prisoners can be contacted electronically, via Jpay or similar services.

One of the Cleveland 4, entrapped in a plot started by an FBI informant to repress the Occupy movement.

The Federal system uses Corrlinks, a system where a prisoner must send a request to connect to someone on the outside before they can exchange emails, so if you’re not already connected to Skelly then you’re best off just sending him a card or a letter.

Jamil Abdullah Al-Amin, formerly H. Rap Brown, was a legendary black liberation leader, serving as the chairman of the Student Nonviolent Coordinating Committee, and later the Justice Minister of the Black Panther Party. Wrongfully convicted of murder in the 1990s after an intense campaign of state harassment.

As with Skelly, Imam Jamil is held in the Federal system, so you can only contact him via Corrlinks if he’s added you as a contact.

David Gilbert is a longtime anti-imperialist and current member of the Certain Days collective. He became active around the civil rights movement in 1960, and later organized against the Vietnam War. He spent 10 years as part of an underground resistance to imperialism. Working as an anti-racist ally of the Black Liberation Army in 1981, David and others were captured in connection with an attempted expropriation (theft for political reasons) of a Brink’s truck in Nyack, NY.

David was sentenced to 75 years to life. In 1986, David became active as an advocate and educator around AIDS in prison after his codefendant Kuwasi Balagoon died suddenly of AIDS while still in custody.

The New York system uses Jpay, so you can send him a message by going to jpay.com, clicking “inmate search”, then selecting “State: New York, Inmate ID: 83A6158”.

Jennifer Amelia Rose (previously known as Jennifer Gann) is an anti-authoritarian trans woman and insurrectionist amazon held captive for over 25 years for armed robberies and a 1995 attack on a district attorney and associate prison warden. She took part in the 1991 Folsom Prison hunger strike, after which she was beaten and tortured, convicted for armed resistance, and sentenced to multiple 25-to-life sentences under the Three Strikes Law. She has spent over ten years in solitary confinement at Folsom and the Pelican Bay Secure Housing Unit. Despite all of this, Jennifer continues to struggle for freedom, remaining a committed anti-authoritarian, anti-imperialist, anti-racist, anti-fascist, and anti-capitalist. For more information, you can listen to this recent interview she did with the Final Straw.

California uses Jpay, so you can send her a message by going to jpay.com, clicking “inmate search”, then selecting “State: California, Inmate ID: E23852”.

Malik is one of the Virgin Island 5 serving 8 consecutive life sentences after being tortured into a false confession then wrongly imprisoned since 2001 when his sentence was vacated.

Malik is in an institution run by CoreCivic, and it appears that you can email him here.

Jermaine Parker was sentenced to 14 years for shooting a firearm out of a car in protest during the Ferguson uprising.

Missouri uses Jpay, so you can send him a message by going to jpay.com, clicking “inmate search”, then selecting “State: Missouri, Inmate ID: 1185800”.

Long-term Black Liberation prisoner, formerly associated with the Black Panther Party and Black Liberation Army, imprisoned since 1975 as part of the “New York Three”. You can learn more about Jalil in his own words by listening to the interviews with him that were broadcast on the Final Straw. Jalil has been approved for parole, but may not be released until October 20, so you might want to send him a card in case he’s still inside on his birthday.

The New York system uses Jpay, so you can send him a message by going to jpay.com, clicking “inmate search”, then selecting “State: New York, Inmate ID: 77A4283”.