context: Financial and Landowning Oligarchy Looting the Country:     Corruption has always been  rampant among the Brazilian 1% elite and this was used to discredit the ‘leftist’ PT leaders(although corruption by the right is infinitely worse). Rightwing control of the judiciary was used to force out Dilma in an institutional coup and later to jail and disbar Lula, the clear favourite ‘socialist’ candidate for president.

The presidency went to a far right wing mafia boss, Bolsonaro, with a US spawned Trump style media campaign. Bolsonaro is using his presidential decrees; to try and open the country to selling off anything of value for commissions; for repression of the landless and impunity for the tiny minority of landowners who still own most of arable Brasil;  for open and continuous racist and anti gay and feminist statements, thus unleashing a flood of attacks; for trying to abolish Indigenous rights and land titles; for opening the Amazon and all areas to mining, logging, ranching, etc..

But above all the US supported Bolsonaro regime is about trying to abolish all progressive measures, health, education, pensions, food aid etc,  which have partly lifted the people from poverty, serfdom, ignorance and gender based oppression in recent years. Bolsonaro proudly advocates dictatorial rule  with death squads, torture and police and army repression.. Even so the EU has now signed a trade deal, thus legitimizing and rewarding the regime.

translated from/en castellano AQUI .. https://www.lahaine.org/cD6Z  ………   In the Temer government there was a very large freeze, and now the Bolsonaro government, in addition to the continuity in the cutting of public policies, tries to confront the popular movements creating a climate of terror in the camps and settlements (of the landless MST people), and promoting privatization of the settlements of the agrarian reform. The scenario is quite unfavorable and poses new challenges for the struggle of popular movements. 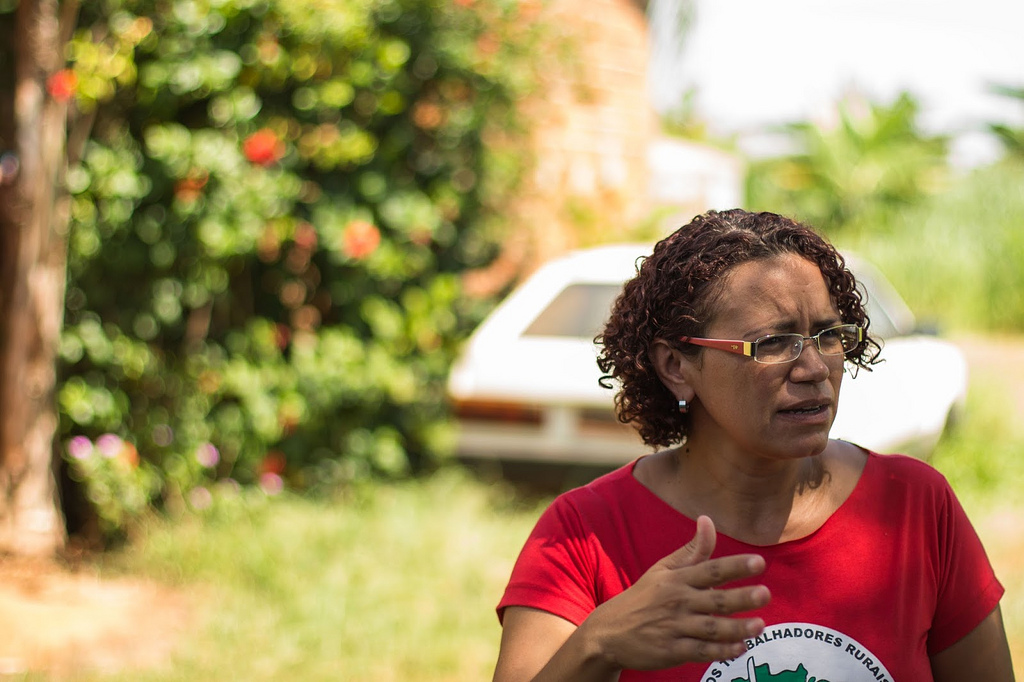 The Landless Movement of Brazil faces new attacks by the fascist regime, which is heading a crusade to privatize the territories.

END_OF_DOCUMENT_TOKEN_TO_BE_REPLACED

by F. William Engdahl, from New Eastern Outlook shared with thanks!

It’s important to keep in mind that elected President Rousseff was not convicted or even formally charged with any concrete act of corruption, even though the pro-oligarchy mainstream Brazil media, led by O’Globo Group of the billionaire Roberto Irineu Marinho, ran a media defamation campaign creating the basis to railroad Rousseff into formal impeachment before the Senate.

The shift took place after the opposition PMDB party of Temer on March 29 broke their coalition with Rousseff’s Workers’ Party, as accusations of Petrobras-linked corruption were made against Rousseff and former president Luiz Inácio Lula da Silva.

END_OF_DOCUMENT_TOKEN_TO_BE_REPLACED

Gang of corrupt Politicians likely to vote out Dilma, gain immunity and continue looting the public. US nods the OK.

The Rio Olympics are gone – Bolt, Phelps, Neymar, the green pool, the Ugly American Lochte and all – but a global audience may have been spared a shameful last act.

Mediocre incompetent opportunist, corrupt coward traitor, and certified political usurper, interim President Michel Temer, refused to go to the closing ceremony, afraid of being booed out of a packed Maracana stadium. According to the latest polls, 79% of Brazilians want Temer The Usurper out. Now.

Thus Temer The Usurper was not able, according to protocol, to pass the baton (for Tokyo in 2020) to visiting Japanese Prime Minister Shinzo Abe. Team Temer offered a meeting later on in the capital, Brasilia. Japanese diplomats flatly refused; who wants your Prime Minister to meet a coward in hiding? END_OF_DOCUMENT_TOKEN_TO_BE_REPLACED

The first day of the coup of Temer government is worse than any forecast: (rough translation)

A ministry of only men, white, rich, and the vast majority, over who weigh serious charges of corruption and / or attacks against human rights. Something not seen since the dictatorship;

Two initiatives already articulated: approval of outsourcing of labor relations and a constitutional amendment to repeal the earmarking of funds for social programs, health and education;

A minister of justice who considers protest actions to be  “guerrilla attacks” who became the PM of Sao Paulo on a ticket to kill the poor and beat up students …..

To complete the symbol chosen for the government. United Order. He who does not march with the “order” to “progress” (as an investor, which is the explicit desire to Temer) will take ‘borrachada’. The symbol immediately evokes the “Brazil, love it or leave it” the dictatorship. ..