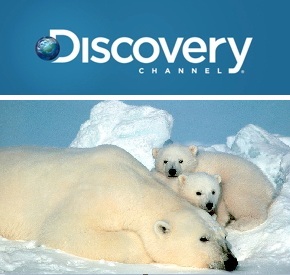 Discovery Channel has stated that it was taking out the last episode due to ‘scheduling conflicts’, but others believe the channel is cutting the episode ‘On Thin Ice’ because it deals directly with the impacts of global warming on the Arctic and Antarctic.

My bet is that Discovery and other channels were yet again quietly bought off by the Climate Change Deniers, financed by the swill of 100s of billions profit made by the criminal oil companies every year, while paying NONE of the costs to the  climate, environment and pollution caused ill health and deaths which they caused.

And the US is not alone, around one third of the networks to air the series worldwide have opted on accepting the series from the BBC without the last episode.

“It’s a bit like pressing the stop button on Titanic just as the iceberg appears,” a representative with Greenpeace told The Telegraph. “Climate change is the most important part of the polar story, the warming in the Arctic can’t be denied, it’s changing the environment there in ways that are making experts fearful for the future.”

There is a cheap, CO2 and pollution free alternative to oil, at least for transport, suppressed by the oil companies.. That’s NH3 fuel, check it out here.  note. posts on NH3 the CO2-Free fuel now have their own blog HERE.. http://co2freefuelexistsnow.wordpress.com/ END_OF_DOCUMENT_TOKEN_TO_BE_REPLACED