The US military/industrial economy needs fresh blood.. or rather needs a war, 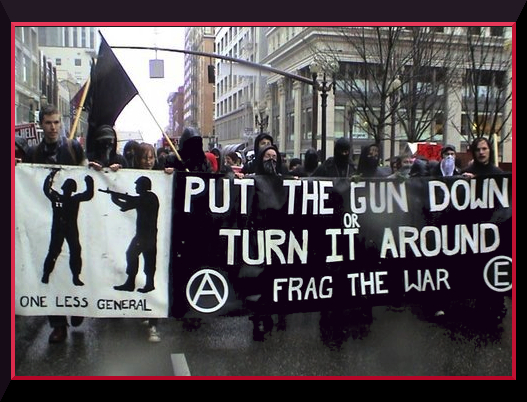 Morality. …Can a nation which has repeatedly used and sold chemical weapons then morally  bomb another country on suspicion they used them? 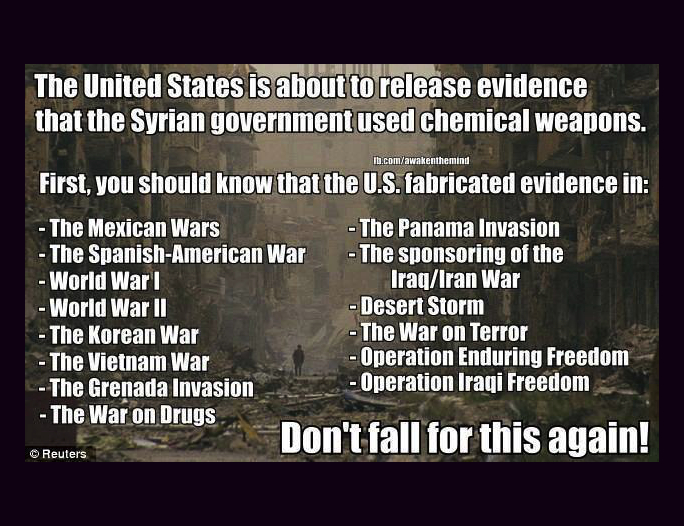 If you took all the photos of deformed children from Hiroshima (A bomb), Vietnam (agent orange), Ira/Iran war(nerve gas), and Iraq (depleted uranium) you could wallpaper the whole of the White House inside and out.

The final logic of Capitalism is war. The excuse of a ‘chemical weapons’ in Syria is as false as Saddam’s secret weapons. This time round more millions of innocents will die, to boost the profits of the US ‘War Economy’ Corporations who control the US Congress. This time round there is little protest, nobody believes they can be serious, but  this war is becoming daily more certain. Now is the time for the US  and UK public to stop a barbaric air blitz… to help their faltering ”free” terrorist clients.

Syria: Large amounts of oil shale in the region of Khanasser in the district Aleppo

The Syrian Ministry of Petroleum and Mineral Resources reported in 2010 that there is evidence for large amounts of oil shale in the region of Khanasser in the district of the Syrian city of Aleppo, amounting to about 37 billion tons, with a thickness of up to 240 meters, and that the oil therein would be of a very high quality and low sulphur content. 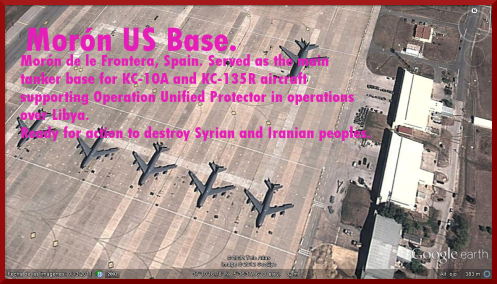 One of many US bases in the region. The gigantic logistics buildup makes the threat of war almost self fulfilling

Syria has been a Russian ally for 40 years. Imagine it was Russia wanted to bomb Britain! Obama now declares he will decare an illegal war against the will of Russia and China, the second and third nuclear powers, After that it’s easy to predict a series of events, involving Israel and Iran, that can lead to Armaggedon and world suicide. 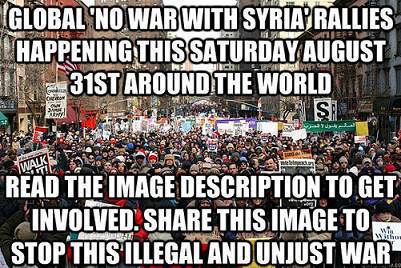 The US ignored millions of us demonstrating before the Iraq bloodbath began.

This time let’s be impossible to ignore!!