The women have come forward in the hope that others will support and be inspired by their actions.

They have currently been arrested on a lesser charge, and the FBI is investigating. Deep Green Resistance is reaching out via our Political Prisoner / Prisoner of War Support Group and aims to provide whatever assistance possible.

This is a developing story and more news will be coming soon. Press release follows:

The Dakota Access Pipeline is an issue that affects this entire nation and the people that are subject to its rule. With DAPL we have seen incredible issues regarding the rule of law, indigenous sovereignty, land seizures, state sanctioned brutality, as well as corporate protections and pardons for their wrongdoings. To all those that continue to be subjected to the government’s injustices, we humbly stand with you, and we ask now that you stand with us.

Federal courts gave corporations permission to lie and withhold information from the public resulting in a complete media blackout. So, after recently being called by the Intercept, an independent media outlet, regarding illegal surveillance by the Dakota Access Pipeline and their goons, we viewed this as an opportunity to encourage public discourse surrounding nonviolent direct action as well as exposing the inadequacies of the government and the corporations they protect.

After having explored and exhausted all avenues of process, including attending public commentary hearings, gathering signatures for valid requests for Environmental Impact Statements, participating in Civil Disobedience, hunger strikes, marches and rallies, boycotts and encampments, we saw the clear deficiencies of our government to hear the people’s demands.

Instead, the courts and public officials allowed these corporations to steal permissions from landowners and brutalize the land, water, and people. Our conclusion is that the system is broken and it is up to us as a individuals to take peaceful action and remedy it, and this we did, out of necessity.

We acted for our children and the world that they are inheriting is unfit. There are over five major bodies of water here in Iowa, and none of them are clean because of corporation’s flagrant irresponsibility, and now another wishes to poison literally millions of us irreparably by putting us all at risk of another major catastrophe with yet another oil spill. DAPL has already leaked, and it will continue do so until the oil is shut off and the pipes are removed from the ground.

On election night 2016, we began our peaceful direct action campaign to a Dakota Access construction site and burned at least 5 pieces of heavy machinery in Buena Vista County, IA. Details regarding this action are attached to this statement below. This was information which was not shared with the public. We recognize that our action wasn’t much, but we at least stopped construction for a day at that particular site.

We then began to research the tools necessary to pierce through 5/8 inch steel pipe, the material used for this pipeline. In March we began to apply this self-gathered information. We began in Mahaska County, IA, using oxy-acetylene cutting torches to pierce through exposed, empty steel valves, successfully delaying completion of the pipeline for weeks. 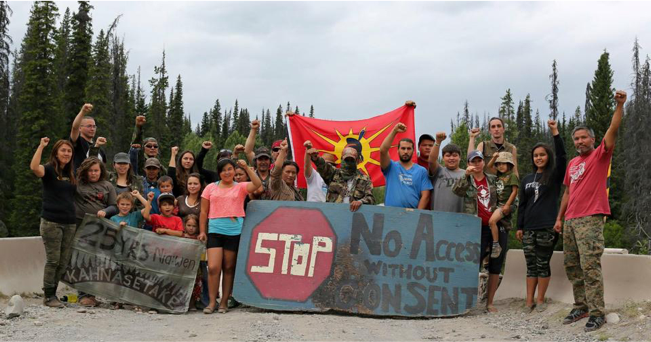 After the success of this peaceful action, we began to use this tactic up and down the pipeline, throughout Iowa (and a part of South Dakota), moving from valve to valve until running out of supplies, and continuing to stop the completion of this project. More information on these actions is followed at the end of this statement.

These actions of great public interest were hardly reported and the federal government and Energy Transfer Partners colluded together to lie and withhold vital information to the public.

We then returned to arsonry as a tactic. Using tires and gasoline-soaked rags we burned multiple valve sites, their electrical units, as well as additional heavy equipment located on DAPL easements throughout Iowa, further halting construction.

Later, in the first week of May we attempted yet again to pierce a valve located in Wapallo County, IA with an oxy-acetylene cutting torch. It was at this time we discovered oil was flowing through the pipe. This was beyond disheartening to us, as well as to the nation at large. This event was again hidden from the public and replaced with lies about “ditch depressions”.

We stand here now today as witnesses of peaceful, nonviolent direct action. Our actions have been those of necessity and humility. We feel we have done nothing to be ashamed of. For some reason the courts and ruling government value corporate property and profit over our inherent human rights to clean water and land.

We are speaking publicly to empower others to act boldly, with purity of heart, to dismantle the infrastructures which deny us our rights to water, land and liberty. We as civilians have seen the repeated failures of the government and it is our duty to act with responsibility and integrity, risking our own liberty for the sovereignty of us all. 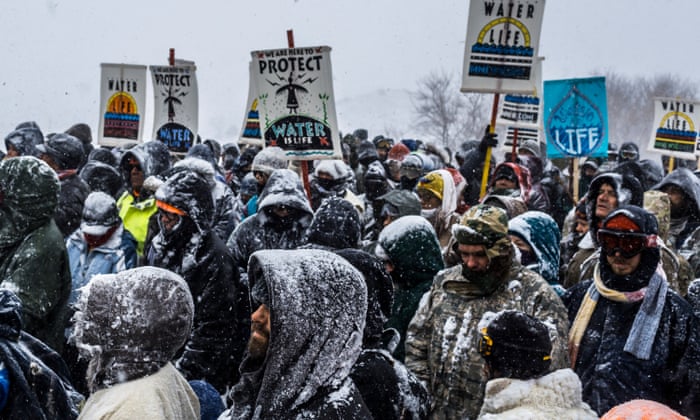 Some may view these actions as violent, but be not mistaken. We acted from our hearts and never threatened human life nor personal property. What we did do was fight a private corporation that has run rampantly across our country seizing land and polluting our nation’s water supply. You may not agree with our tactics, but you can clearly see the necessity of them in light of the broken federal government and the corporations they protect.

We do not anticipate a fair trial but do expect our loved ones to undergo harassment from the federal government and the corporations they protect. We urge you to not speak one word to the federal government and stand firm in order to not be oppressed further into making false, but self-incriminating statements. Film these interactions. There are resources as to what to do if the federal agents appear at your doorstep, educate and protect yourself.”

It is unfortunate to have to prepare for such things, but this is the government that rules, which continues to look more and more like a Nazi, fascist Germany as each day passes. We salute the people.

Details of our peaceful direct action are as follows. We hope this information helps inspire others to act boldly and peacefully, and to ease any anxieties to perceptions held that the state and these corporations are somehow an “omniscient” and “undefeatable” entity.

After studying intuitively how fires work, and the material of the infrastructures which we wished to halt (metal) we learned that the fire had to be hot enough to melt steel — and we have learned typical arsonry is not always the most effective means, but every action is a thorn in their side.

On election night, knowing that gasoline burns quickly, but does not sustain by itself, we added motor oil (which burns at a higher temperature and for longer) and rags to coffee canisters and placed them on the seats of the machinery, piercing the coffee canisters once they were in place and striking several matches, anticipating that the seats would burn and maintain a fire long enough to make the machines obsolete. One canister did not light, and that is unfortunate, but five out of six ain’t bad.

As we saw construction continue, we realized that pipe was going into the ground and that our only means to obstruct further corporate desecration was somehow to pierce through the empty steel pipes exposed at the numerous valve sites. We learned that a welding torch using oxygen and acetylene was the proper tool.

We bought the equipment outside of our city in efforts to maintain anonymity as our goal was to push this corporation beyond their means to eventually abandon the project. We bought kits at Home Depot and the tanks at welding supply stores, like Praxair and Mathesons. Having no experience with welding equipment before, we learned through our own volition and we were able to get the job down to 7 minutes.

In our particular circumstances, we learned that scouting often hindered our ability to act in windows of opportunity. So, we went with our torches and protective gear on, and found numerous sites, feeling out the “vibe” of each situation, and deciding to act then and there, often in broad daylight. Trust your spirit, trust the signs.

Having run out of supplies (the tanks) we decided to return to arsonry because every action counts. We used gasoline and rags along with tires (as tires burn a nice while, once a steady fire within them burns) to multiple DAPL sites and equipment.

We were able to get more supplies shortly after and returned to a valve site in Wapello County to act again. It was then we discovered that oil was flowing through the pipeline. This was not reported to the public, instead a story of “ditch depressions” was reported to the public in Wapello County as the reason to why the pipeline continued to be delayed.

It is because of these lies we choose to come out publicly, to set the record straight, and be open about these peaceful and viable tactics against corporate atrocities.

If there are any regrets, it is that we did not act enough.

Please support and stand with us in this journey because we all need this pipeline stopped.

Water is Life, oil is death.