I began a political journey. I no longer believed in the system I represented. But what would work instead? To my great surprise, I came to think that anarchism is the answer. I never thought I would believe such radical ideas.

But now I think it’s the only political philosophy that makes sense for today’s world, and the crazy ones are those who think that the current system will save us.

But why, and what is anarchism? These 10 steps can explain:

1. No one feels they have control over the things that matter to them: locally or nationally, let alone internationally. This frustration helps explain Brexit and Trump and the divisiveness and volatility of politics today.

2. “Representative” democracy, where the few are elected by the many, is not working. Disillusionment with politics and institutions is high. Many people feel disenfranchised: no one speaks for them. Access to the few in government, the policy makers, is much easier for those who already have power and money.

3. Modern capitalism allows a tiny few to become grotesquely rich. For most, income and wealth have flat-lined or declined while basic goods, including housing, are more expensive than ever. The majority is becoming worse not better off. The young do not expect to do better than their parents. On the contrary: facing decades of student debt and unaffordable housing, they can expect far less. Cities are being ruined by speculators who buy up housing, often to leave it empty, forcing residents out and gutting communities.

4. Modern work and life, in my opinion, do not offer meaning. Most

work is boring and often repetitive. Material progress is important, but it’s not enough (and in any case is increasingly limited to a few). A lot of contemporary culture speaks of a deep hollowness. There is a profound yet unexpressed yearning for something more. Call it purpose, meaning, the things without names that matter most: the things the dying talk about. The hope for something better has withered.

5. Society is fracturing. The old are isolated. The disabled are left to the inadequate care of state (remember Gandhi: society is judged by how it treats the most vulnerable). Other races and immigrants get the blame. Envy and anger predominate. But we need each other. Only relationships give life meaning. Alone we are nothing. Solitary confinement is punishment for a reason.

6. The need to take back control – agency – is at the heart of this crisis. Rather than discredited politicians, we need to decide the things that matter to us.

7. This means direct democracy, a return to the earliest practice where Athenian citizens took turns to debate and take decisions for the city. Today, in “participatory“ models of democracy, everyone can take part. It’s already happening in towns and cities across the world.

When everyone gets an equal say, the resulting decisions – on healthcare or schools – are fairer: in one Brazilian city the number of schools quadrupled. Debate and discussion promote understanding – as long as they’re practiced face-to-face rather than online. The division and hostility of party politics can be replaced by a new and more tolerant culture of democracy that is created and sustained by its practice. In such forums, we start to see each other as individuals – real people with needs just like our own – not political labels. Corruption will perish when decisions are made in the open.

8. There cannot be a fair democracy without a fair economy. The wealthy will always get more of a say. The unfettered free market has permitted exploitation of the many by the few. The alternative – government ownership – has been proven to be inefficient and it’s no more democratic if a few are taking all the decisions. Instead, cooperatives bake equality into the business model.

Everyone who contributes to the business gets a share, and a say. When everyone has a stake, the business thrives and offers its partners more than just a wage: it transforms into a shared enterprise. Cooperatives, particularly when working together across an economy, are as competitive as profit-seeking companies. Think of John Lewis, or Mondragon, Spain’s tenth largest company which has helped to transform Spain’s Basque region.

9. It can start small, and build up. It requires effort and action, in contrast to the trivial act of voting over facile slogans every five years. It won’t happen unless we build it: democracy is a process, not a utopia. It will take work and learning and patience.

New forms of participation – local forums at schools, hospitals or the town – will gain legitimacy, and power, when we show up and speak and listen. Old forms of politics will have to take notice and eventually step aside. Society’s tattered bonds will be re-woven.

10. This is anarchism. It’s not chaos, a “war of all against all” or naïve idealism. It promises a deeper order created from the bottom-up not imposed from the top down by government and rules. It’s radical democracy – democracy returned to its roots: people taking decisions about the things that matter to them. 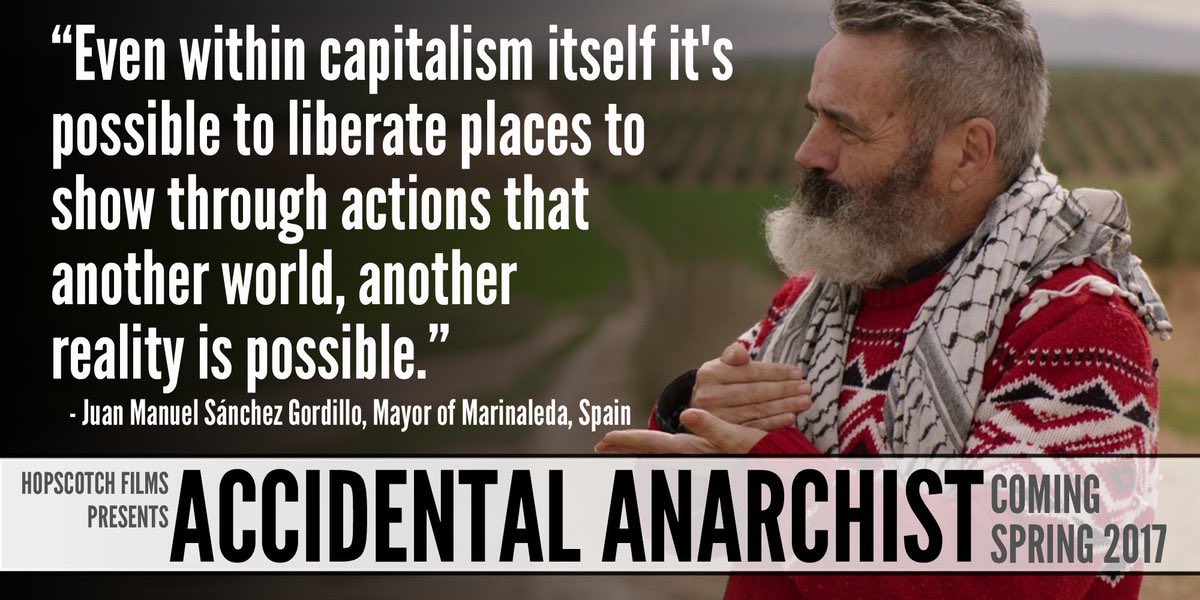 Rather than a fractious bunch of individuals consuming and competing with one another, we can start to feel like a community again, with shared purpose, reinvigorated by a sense that, at last, change is possible, and it’s in our hands, and ours alone.

Carne Ross is the subject of the documentary film, Accidental Anarchist, t broadcast on BBC4 Storyville on 23 July, see video above.. A former diplomat who resigned over the Iraq war, Carne founded and runs Independent Diplomat, a non-profit diplomatic advisory group.

2 thoughts on “Accidental Anarchist..(watch full docu) Ex diplomat on Why he Changed his Mind”