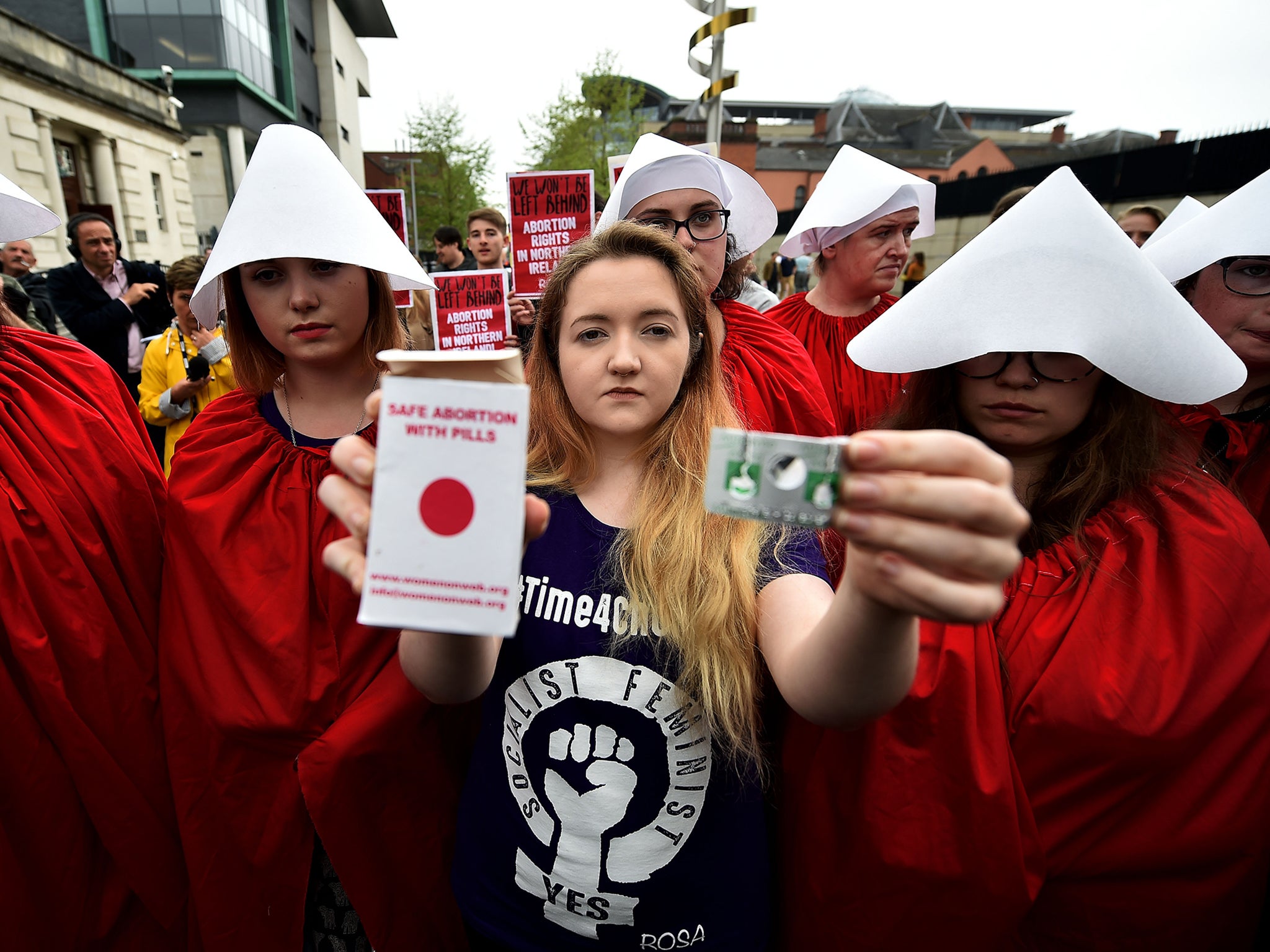 Women in Belfast dressed as handmaids and took abortion pills at a protest in Belfast. A robot that was distributing the pills was seized by police and one woman was removed from the protest after swallowing a pill. Northern Ireland is the only place in the UK where abortion remains illegal.

Women protesting against Northern Ireland’s anti-abortion laws have taken what they say are illegal termination pills in front of police outside Belfast’s main court buildings.

Officers seized the pills and attempted to remove one woman who openly took a tablet which was delivered to protestors by a tiny robot controlled from the Netherlands to circumvent the country’s laws.

There was a major police presence and counter protests from pro-life campaigners at the event, launched in the wake of the historic referendum in the Republic of Ireland in which the country voted to allow legislation for abortion in early pregnancy.

Northern Ireland is the last part of the UK where abortion is illegal, unless there are exceptional circumstances. 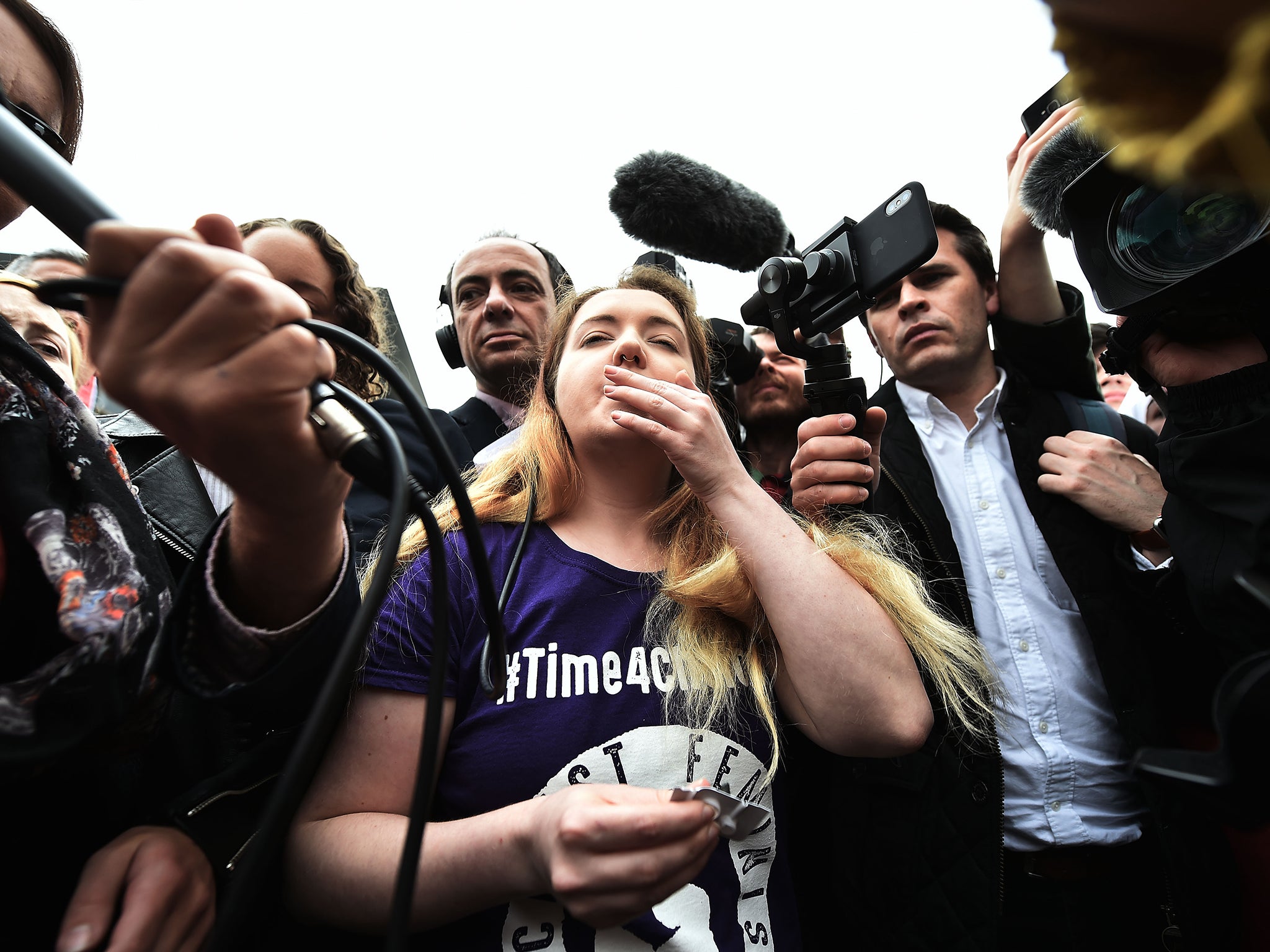 taking a pill at the protest

As Police Service of Northern Ireland officers led the woman who openly took a tablet away from the centre of the event, a tense standoff ensued, with many campaigners gathering around her, insisting that she should not be arrested.

After several minutes, the officers abandoned their attempt to speak with the woman and left the area.

The robots, which were also seized by police, were part of a collaboration between Women on Waves, Women on Web – organisations who provide advice and support to access abortion safely – and feminist group Rosa Northern Ireland.

As well as delivering the medication, a doctor in the Netherlands was on hand to counsel the women as it is also illegal to assist in a termination though patients can be referred to England and Wales.

In an earlier press release about the protest the charities did not disclose whether the women were pregnant at the time they took the pills, which would mean they had broken Northern Irish law. They added it would be a “severe violation” of their rights to make them take a pregnancy test.

A woman from socialist feminist movement Rosa, was one of those who took the pill in front of television cameras.

She said: “I have taken this in defiance of the extremely outdated, medieval, anti-choice laws that exist in Northern Ireland.