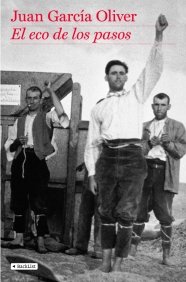 It was not necessary to decide a flexible and plan likely to give us victory, . The military barracks of Barcelona were mainly fortresses of recent construction. We did not have to attack them in any case, because we would spend the few ammunition available to us.

It was necessary to let the troops come out onto the streets and, once away from the barracks, attack them from behind, without rushing, intermittently, so that they were the ones who exhausted their ammunition and so that it became difficult to return to their bases to rearm ( …)

(We planned to) prepare the factories to bring their sirens into operation uninterruptedly, creating optimal psychological conditions for the fight; sowing panic among the soldiers and enthusiasm amongst the workers. To completely isolate the insurrectionist troops, cutting off their communications on foot and giving them from our Central Telephone Base false news about the state of the fight in the city. »

Launching false news from the Telefónica Base against the rival team in the middle of 1936. False News on the WhatsApp of eighty years ago. This is also from the book ‘The Echo of the Steps’.

Read and download  ‘The Echo of The Steps’ in Spanish HERE

It’s not the first time I say it: there are people who only need the Bible to explain the world ….. Some find that same thing in Divine Comedy or in Capital. They are total, absolute books that encapsulate a whole universe. To me, it happens to me, I must confess it, with ‘The Echo of the Steps?. The memoirs of Joan García Oliver. An anarchist waiter who ended up as the Minister of Justice in the middle of the War. Brilliant also for times like the present, with so much confusion, and in which we need to find Life Lessons.

Juan García Oliver was born in 1901. He apprenticed as a cook and in 1919, assisted in the formation of the waiters’ union, affiliated with the Confederación Nacional del Trabajo (CNT). García Oliver later organized workers in Reus, led the CNT’s provincial committee, was jailed during a strike action, and joined the armed-struggle group Los Solidarios.

During the Spanish Restoration, García Oliver worked as a polisher in France, where he unsuccessfully plotted to kill King Alfonso XIII and Benito Mussolini. He was jailed upon his reentry to Spain in 1926 but was released with the coming of the Second Spanish Republic.

As a leading insurrectionist in the period, he joined the Federación Anarquista Ibérica, advocated for full revolution with the CNT, and fought in the streets of Barcelona.

García Oliver destroyed the archives of convicts and worked to curtail terrorism. During the May Days, he encouraged the CNT fighters to disarm. García Oliver reluctantly subordinated the goal of revolution to win the civil war, but after Catalonia fell in 1939, he would remain in exile for the rest of his life, first in France, then Sweden, and finally Mexico.

He continued to argue for unity for the rest of his life. In 1978, two years before his death, García Oliver published his autobiography, El eco de los pasos.[1]

“Anarcho-syndicalism is an attempt to arrive at some possible blending of the class fighting methods and anarchism”- interview with Juan Garcia Oliver.   via LibCom

Q. Given how your life developed, that was a significant discovery.

A. Yes, especially as it was during that [[waiters’]] strike that with other comrades from the trade, young men, we had set up an anarchist group that affiliated itself to the Barcelona Local Federation of Anarchist Groups. That federation bore the name “Bandera Negra” [Black Flag], borrowed from the title of the newspaper it published. In Barcelona there was another federation of groups as well, the “Bandera Roja” [Red Flag]. “Bandera Negra” was, let us say, a classic receptacle for anarchist ideas and was against revolutionary syndicalism. “Bandera Roja” claimed to be close to revolutionary syndicalism but it was, all in all, syndicalism pure and simple, with all that that implies… I imagine we’ll be returning to this theme as our interview proceeds.

Q. So how do you see yourself then, as a revolutionary syndicalist or as an anarchist?

A. To tell the truth, I joined “Bandera Negra” by mistake. Our group merely followed the advice of somebody who had initiated us into anarchism, Ismail Rico. In point of fact, we felt like fish out of water inside “Bandera Negra”. We should have joined the other federation because “Bandera Negra” had not the slightest interest in workers’ struggle. It spent its time liasing – nationally and internationally – with other trade groups and its main activity was reading incoming correspondence and replying to it. As for trade unionism and the CNT, it was firmly against them.

Q. So was there no chance of some sort of a understanding between syndicalists and anarchists?

A. No understanding… We were still a long way from what came later – anarcho-syndicalism – which overcame this dichotomy. Anarcho-syndicalism allowed anarchism to become part and parcel of trade unionist groups which were imbued with anarchist

So, a fortnight after the proclamation of the [[Spanish]] Republic, the 1 May 1931 demonstration concluded in a revolutionary rally and spilled over into an attack on the palace of the Generalitat of Catalonia. And it was on that occasion that red-and-black flags put in an appearance.

Q. For the fist time?

A. Yes. That flag symbolized the marriage of syndicalism and anarchism. This is a point worth exploring. It was after Salvador Seguí’s death that unity was achieved between anarchists and syndicalists, spontaneously, so to speak, without negotiation of any sort.

The notion of anarcho-syndicalism dates from then. Previously, it had [[page 6]] never been used. With Seguí’s death the situation took such a serious turn that naturally the anarchists’ and syndicalists’ activities blended into one, leading to the demise of the “Bandera roja” and “Bandera negra” federations. The amalgamation was total and there was no prior agreement by any sort of a congress.

Everybody realized that we needed to start afresh and devise new forms of struggle, which we did. The reformists were no longer a hindrance to the revolutionary struggle.

True, for eight years the activities proper of the organisation were stymied by the dictatorship, experiencing a resurgence when the Republic arrived. The black and red flag was the symbol of this new era of anarchist-syndicalist fusion. I had argued this notion of anarcho-syndicalism to members of the CNT and to Spanish émigrés living in France during the dictatorship. As I saw it, on their own, the anarchists could not make the revolution. As for certain syndicalists, their views distanced them from it. The only possible option was to amalgamate them both and embrace this idea of anarcho-syndicalism.

Q. In the history of the Spanish libertarian movement, you will surely go down as one who introduced a measure of revisionism where anarchism is concerned. On two core issues – the issue of the seizure of power and the issue of the revolutionary army – you were even openly flying in the face of the classical approaches of traditional anarchism. What would you say to that?

True, in his day Anselmo Lorenzo equated direct action with strikes and sabotage, but that definition is too restrictive. The notion of direct action is in fact very clear: it is the only way of guaranteeing the success of the working class as a class.

To that end it must be studied and put into practice and all the consequences of it faced up to. The alternative is as follows: either the working class, by means of direct action, achieves its own emancipation as a class or it will be reduced forever to some form of more or less well paid slavery. In other words, it gets used to be treated – economically and [[page 7]] politically – as some inferior class, or it organizes itself into a union and practices direct action.

Besides, direct action can vary according to circumstances. For instance, back in the 1920s, I saw the syndicalists of Barcelona enforcing “red censorship”. The bourgeois press would carry a number of articles defamatory of syndicalists who were arming themselves in self-defense against the bosses’ hired killers, so the CNT decided to implement “red censorship”.

It was straightforward: the printing workers affiliated with the CNT saw to it that what they judged to be defamatory was censored. That practice did not enjoy the support of the anarchist Federico Urales who was pretty much a radicalised liberal who always treated liberalism and anarchism as the same. 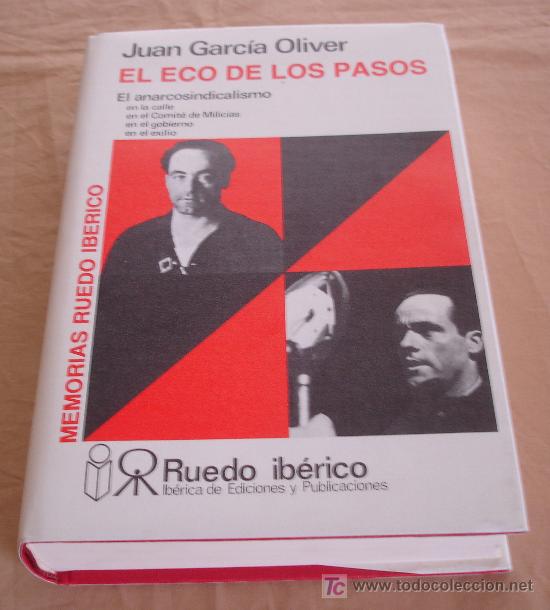 Which brings us to the nub of the matter. In the fight they wage in pursuit of their victory as a class, the workers determine the forms of direct action for themselves. We are dealing here with the logic of class confrontation.

Garcia Oliver was a native of Catalonia and member of the Catalan Regional Committee of the C.N.T. or National Labor Federation, where he was a close associate of Buenaventura Durruti.

He led a group in battle against the military uprising of July 1936 in Barcelona, occupying the women’s prison and releasing all its prisoners.

During the Spanish Civil War, García Oliver served as secretary of the Catalan Defense Council. When it became apparent that the Republican troops needed a central system of organization, he was one of the C.N.T.’s delegates to the Madrid Government. He later became Minister of Justice to the Republican Government. As such, he acted on the philosophy that crime was the product of social deficencies and that criminals should be treated, not punished.

Revolutionary syndicalism serves the proletariat, whereas anarchism is one brand of humanism”- interview with Juan García Oliver

1936 is too often absent from histories of this struggle against fascism. Alongside the war millions of workers collectivised the land and took over industry to pursue their vision of a new society. This page tells their story and the story of those who fought alongside them

3 thoughts on “Durruti and Garcia Oliver Live: in The Echo of Their Footsteps’”