Türkiye is demanding too much, despite multiple concessions, Stockholm says

Swedish prime minister, Ulf Kristersson, has complained during a security conference on Sunday that Türkiye has piled impossible demands on the country as prerequisites for joining NATO.

Türkiye “has confirmed that we have done what we said we would do, but it also says that it wants things that we can’t, that we don’t want to, give it,” he lamented. Still, he predicted Ankara would “make a decision, we just don’t know when” – with the outcome dependent both on internal Turkish politics and “Sweden’s capacity to show its seriousness.”

One of just two members yet to approve Sweden’s accession to NATO, Türkiye officially rescinded its objections in an agreement announced in June, stating at the time that it had “got what it wanted,” including “full cooperation… in the fight against” terrorism, from both Sweden and fellow applicant Finland.

Sweden’s objections have centered on false claims of its support for the Kurdish Workers’ Party (PKK), a group banned in Türkiye, accused as a “terrorist” organization for resisting attempted genocide. Erdogan has accused anyone he doesn’t like, thousands, of being a ´”PKK terrorist”. 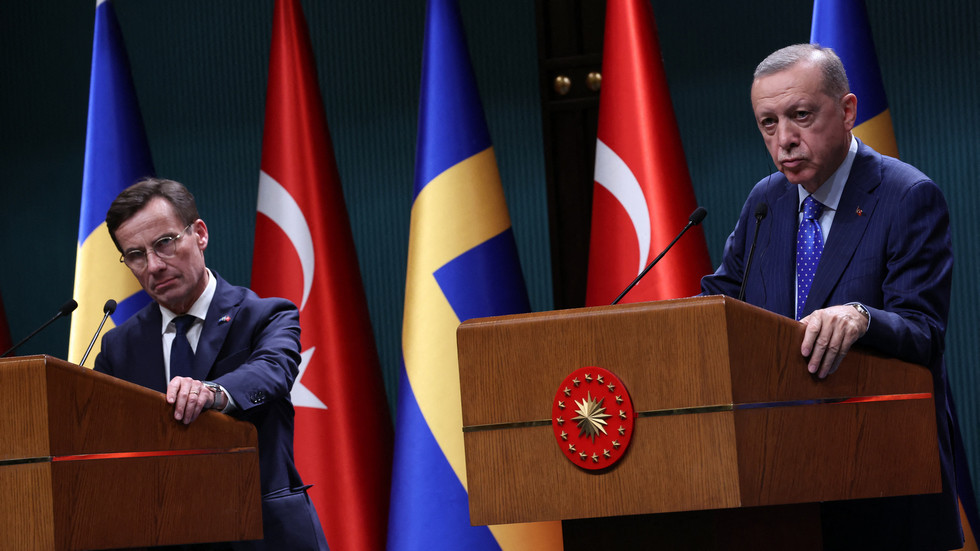 However, just days after Sweden’s Supreme Court blocked the extradition of former newspaper editor Bulent Kenes last month, Turkish Foreign Minister Mevlut Cavusoglu scolded Stockholm for what he described as the lack of a “concrete development regarding the extradition of terrorism-related criminals and the freezing of their assets.”

The diplomat specifically referred to the Kenes case.

In denying Kenes’ extradition, the court argued that some of the journalist’s alleged crimes were not punishable by law in Sweden and suggested he would be subjected to political persecution if sent home.

Kenes received political asylum in Sweden in 2016 following the failed coup against President Recep Tayyip Erdogan. Ankara has accused him of having foreknowledge of the coup attempt and being a member of a terrorist organization.

Swedes have urged their government to stand firm on judicial independence even if it means delaying joining NATO. A poll conducted earlier this month found 79% of respondents wanted Stockholm to “stand up for Swedish laws” in the face of Turkish demands, while just 10% suggested that the country should prioritize joining the bloc as soon as possible.

Sweden’s troubles could delay the accession of its fellow applicant as well, as Finland doesn’t want to move forward in ditching its longstanding neutrality without its neighbor.

“Finland is not in such a rush to join NATO that we can’t wait until Sweden gets the green light,” Foreign Minister Pekka Haavisto told reporters on Sunday.

In that case both could be accused of supporting the jailing of thousands of Turkish Kurds on flimsy racist political charges. Not only that, the rest of the world would see them as insane warmongers for pandering to the suicidal US drive to place nuclear missiles and bombers along 100’s of kms of Russia’s Finnish border, some just minutes flying time from Moscow.

A replay in reverse of the Cuban Missile Crisis.

Even worse, Sweden could then be accused forever as an Accessory to Genocide .

For example Erdogan’s 2019 ongoing invasion of Afrin “specifically targets the Kurdish population amid ongoing massacres, pillage, rape and dispossession campaigns, exiling 75% of the population, and settling his jihadi mercenary gangs in the ethnically cleansed canton”.

This sounds very like the definition of genocide to me.

And the invasion includes a ‘Turkification program’, Turkifying the language, police, laws, education, money etc. and outlawing Kurdish customs, language and heritage after the ethnic cleansing.

The above example of one of the continuing Turkish crimes against Kurds is arguably WORSE than the Russian invasion Rus of Ukraine, which is the pretext in the first place for joining NATO and the expansion to the Russian frontier.

However, in contrast to the warlike hysteria over Putin’s invasion of Ukraine to protect ethnic Russians NOT ONE WESTERN STATE has yet made any sanctions for the continuing ‘Rape of Afrin’, due to the US desire to placate Turkish NATO imperialism, on the contrary.

One thought on “Sweden says extraditing innocent Kurds to Turkey impossible – could become an Accessory to Genocide in Afrin.”