Below is a list of posts on thefreeonline which were cited by The Turkish prosecutors as evidence that the site should be banned. see  list of more banned sites further below. END_OF_DOCUMENT_TOKEN_TO_BE_REPLACED 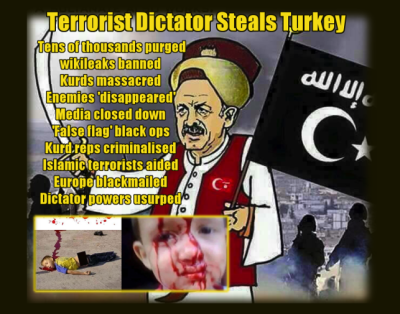 Claims of voter fraud and other irregularities are tainting today’s critical referendum in Turkey, where voters are deciding whether to approve a massive expansion of presidential powers. The referendum, which will replace the country’s parliamentary system with a more concentrated executive system, could allow for President Recep Tayyip Erdogan to remain in office until 2029.

Given the high stakes, many Turks are on the lookout for irregularities. Videos purporting to show fraud, like voting outside of stations and voters submitting multiple ballots are going viral on Turkish social media. One video appears to show a voter emerging from his booth, then putting five envelopes into the ballot box. END_OF_DOCUMENT_TOKEN_TO_BE_REPLACED 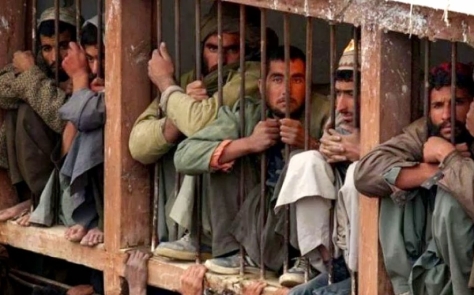 There are already 800  more pro-Kurdish, feminist and left-wing civilians detained in Turkey in just 48 hours.

Meanwhile theTurkish state is receiving billions from European taxpayers in blackmail money to not to send refugees North.

And both the USA and Russia are wooing the dictator Erdogan as a strategic partner and customer in their insane capitalist expansion,  To the extent that both give permission to invade Syria and to bomb and shell SDF and YPG/YPJ areas practising non ethnic, non religious and anti sexist direct democracy.. to replace them with factions of whatever crazed jihadi drug addicts they can find, as long as they are  pro-Turkey.

According to Reuters the Turkish police have detained more than 800 people for alleged links with Kurdish militants in the last two days. A measure of repression that the parliamentary party Halkların Demokratik Partisi (HDP, People’s Democratic Party) said was intended to leave them out of the referendum. END_OF_DOCUMENT_TOKEN_TO_BE_REPLACED 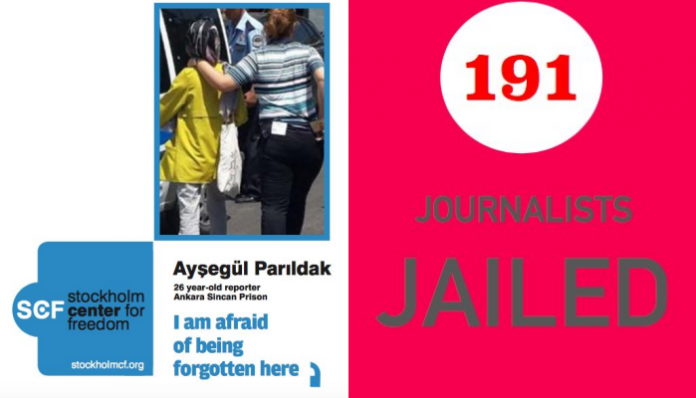 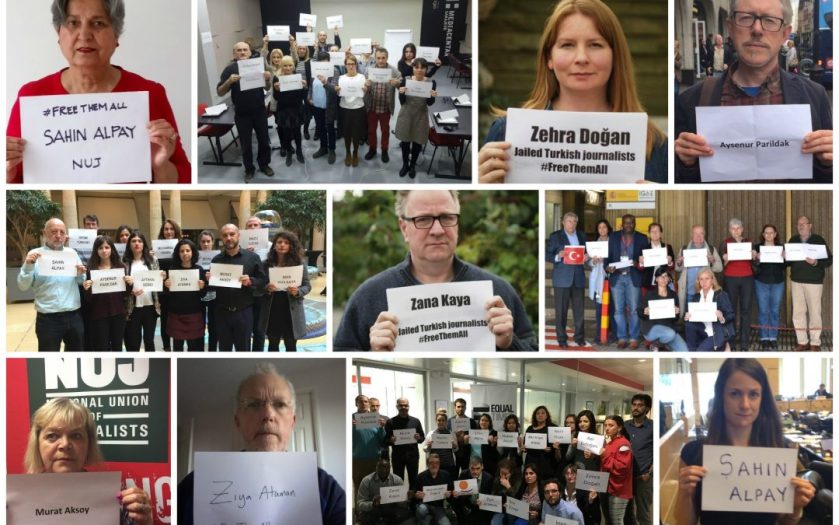 According to the Swedish-based center, most of the journalists have not even seen an indictment against them. The report stated that 92 journalists are wanted for arrest but remain at large either in Turkey or abroad. END_OF_DOCUMENT_TOKEN_TO_BE_REPLACED 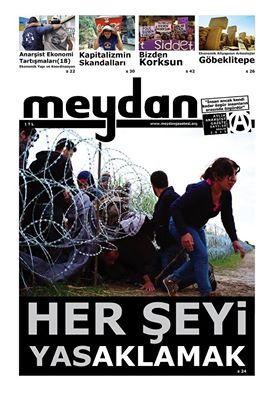 The wave of repression unleashed by the Turkish state against the left and the Kurdish freedom movement that has seen tens of thousands fired from their jobs and thousands jailed, including many HDP MPs,has also hit the anarchist movement there. We heard last night that Hüseyin Civan has been sentenced to 15 months for editing the anarchist paper Meydan Gazetesi.

They have reported the sentencing as below;

Turkey: Editor of Meydan Gazetesi anarchist newspaper Hüseyin Civan sentenced to 1 year, 3 months imprisonment
“An investigation was started by Istanbul Chief Public Prosecutor’s office about our newspaper related to articles “Both Arrival and Departure of State is From Fear”, “Banned Until Further Order”, and “Recreating Life” in issue 30 of our newspaper published on December 2015 with the caption “Banning Everything”. The lawsuit following the investigation ended after almost a year of trials. END_OF_DOCUMENT_TOKEN_TO_BE_REPLACED

President Erdogan can at least claim credit for bringing back the terms PURGES and POGROMS into daily use.

Purges because he has fired, exiled, murdered, imprisoned or tortured literally hundreds of thousands of his own citizens with little evidence beyond his own stalinist paranoia… see Erdogan vows to punish thought crimes.

And Pogroms because he gained absolute power by whipping up hate against the 18 million Kurdish minority and attacking them, killing thousands, reducing cities like Cizre to rubble  (see POGROM, CURFEW, GENOCIDE IN CIZRE) and invading Iraq and Syria to kill Kurds and ”redeem the Turkish empire”..(see Turkey vows to Destroy inspiring Rojava Revolution. )These  are straightforward nazi tactics.

Using refugees as blackmail is nothing new , nor is profiting by abusing them to work endless hours for hhardly any pay. Not for a politician whose own family controlled the supplies to ISIS and now other jihadi proxies who have caused such immeasurable human suffering. (see Meet The Man Who Funds ISIS: Bilal Erdogan, The Son Of Turkey’s President)