#UnitedWeStand: Free All #NoG20 Prisoners! Demo on September 3 at Jail…

(via  actforfreedom)  On Sunday September 3 there will be a demonstration to the JVA Billwerder prison in Hamburg. Today we publish the call for the demonstration …

On Sunday 3rd of Sept we want to march to the prison JVA Billwerder in Hamburg again to visit our friends who are hostaged by the City of Hamburg behind high walls. Our friends inside could hear us last time, even the yard time was changed to hold them back from our solidarity. Thats one more reason to visit our NO G20 brothers with a huge crowd and a lot of noise in front of the Billwerder Prison

Come with us, bring muffins and cup cakes, have coffee, music and speeches on Sunday the 3rd of September at the JVA Billwerder.

Please let us know any music wishes of the prisoners beforehand so if you write letters to them or make visits just ask what they would love to listen to, we will arange it.

via  Enough is Enough. You will find all our No G20 stories HERE.

”It’s been almost a month and a half since I was imprisoned during the twelfth G20 summit in Hamburg, in a city that was besieged and taken in hostage by the security forces, but which also saw an important local and popular protest. END_OF_DOCUMENT_TOKEN_TO_BE_REPLACED

From Enlace Zapatista  Translation submitted to It’s Going Down

The modification enacted by the Superior Court of “Justice” on the sentence of our compañero Luis Fernando Sotelo is a joke. The reduction of the sentence to 13 years [from 33 years], is not to serve justice, but is a mockery of it. The irregularities in the process have been denounced innumerable times. Evidence doesn’t exist to incriminate him and during the trial the only eyewitness, the driver of the metro-bus, said he did not recognize our compañero.

Why is he still in prison? It is not for judicial reasons, but political ones. It is punishment for social protest. They want to keep him imprisoned as an example. Our compañero is detained under the command of the government of Mexico City, lead by Miguel Ángel Mancera. Or perhaps also the rumors of corruption of the Fourth Chamber of the Superior Criminal Court are more correct?

END_OF_DOCUMENT_TOKEN_TO_BE_REPLACED

1. We recognise that women are specially oppressed as a gender, that they face oppression as women. We call this oppression sexism. As anarchists we oppose sexism wherever it exists on principle and in practice.

2.2 We reject the idea that women are in any way inferior to men or that women are biologically predisposed to assume certain roles in society. Sexism, racism etc are not genetic traits but, rather, are formed by social existence, upbringing and education.

END_OF_DOCUMENT_TOKEN_TO_BE_REPLACED 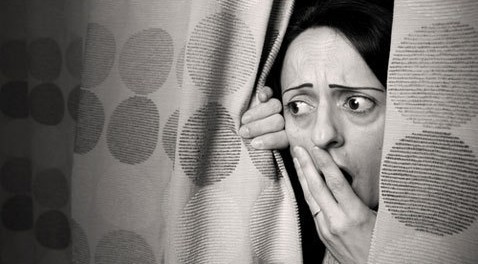 The negative assumption behind the dominant attitude towards the freedom-to-run-your-own-life is that we are incapable of doing so.

This belief has taken on many forms over the centuries, but it makes little difference whether one believes from “religious” conviction that human beings are born sinners or whether one’s “scientific” view of the world sees an inherently brutal and selfish human nature, which renders us unable to arrange ourselves in a peaceful and constructive way.

Despite convincing counter-arguments which explain that co-operation and not competition is in fact the key to successful evolution, the negative view is still dominant today.

Even those who argue that there is no such thing as human nature at all, and that everything about us is conditioned by our experienced cultural environment, are essentially adopting the same position. How can humans be expected to live naturally if we have no nature? How can we expect to survive without some kind of hierarchical structure if we have to be taught to be kind to each other, to co-exist in communities? END_OF_DOCUMENT_TOKEN_TO_BE_REPLACED

Google blacklists 10,000 sites a day for various reasons, mainly for spam.20 For them this includes sharing or modifying blog posts like the one below.  Thousands of blogs and alternative news sites, including this one (thefreeonline) are permanently ‘deranked’ for sharing, so they only appear in Google Search if you search the exact title or URL. Many bloggers see their traffic vanish and close down.

The New Censorship    How did Google become the internet’s censor and master manipulator, blocking access to millions of websites?

By Robert Epstein.. re-blogged with thanks, (illustrations etc added)

The company maintains at least nine different blacklists that impact our lives, generally without input or authority from any outside advisory group, industry association or government agency. Google is not the only company suppressing content on the internet.

Reddit has frequently been accused of banning postings on specific topics, and a recent report suggests that Facebook has been deleting conservative news stories from its newsfeed (good on em!), a practice that might have a significant effect on public opinion – even on voting. Google, though, is currently the biggest bully on the block.

Blacklist Check – Finds and Checks your IP Address?  free service    Check to see if an IP address is blacklisted with one of nearly seventy DNS based blacklists(DNSBL) in our database which identify sources of spam.

When Google’s employees or algorithms decide to block our access to information about a news item, political candidate or business, opinions and votes can shift, reputations can be ruined and businesses can crash and burn. END_OF_DOCUMENT_TOKEN_TO_BE_REPLACED

In  summer 2013 members of several ABC groups discussed the necessity of introducing an International Day for Anarchist Prisoners. Given there are already established dates for Political Prisoners Rights Day or Prison Justice Day, we found it important to emphasise the stories of our comrades as well. Many imprisoned anarchists will never be acknowledged as ‘political prisoners’ by formal human-rights organisations, because their sense of social justice is strictly limited to the capitalist laws which are designed to defend the State and prevent any real social change.

At the same time, even within our individual communities, we know so little about the repression that exists in other countries, to say nothing of the names and cases involving many of our incarcerated comrades.

This is why we have decided to introduce an annual Week for Anarchist Prisoners on August 23-30.

END_OF_DOCUMENT_TOKEN_TO_BE_REPLACED

35 days after being arrested by the Catalan police, on orders from Madrid five young  anarchists are still imprisoned still under dispersion and isolation in the prisons of  Soto del Real, Alcala Meco, Estremera and Aranjuez. The support group in Barcelona has opened a website explaining their current situation and how to show them support. (see below) END_OF_DOCUMENT_TOKEN_TO_BE_REPLACED

People were arrested, including children and adults, on a charge of disorderly conduct … END_OF_DOCUMENT_TOKEN_TO_BE_REPLACED