Many organizations and groups around the world followed the call of the Internationalist Commune of Rojava, to defend the revolution in Rojava. We want to share some of the events, that will happen in this global days of actions. More will come…

Demonstrations, Meetings and other Events:

END_OF_DOCUMENT_TOKEN_TO_BE_REPLACED

The following open letter comes from Internationalist Commune, and addresses those across the globe who took part in #WorldAfrinDay.

We, who are working here in Rojava as internationals, are part of the worldwide fight of the opressed against the reign of state, capital and pathriarchy.

The #WorldAfrinDay has been a historical example of resistance and international solidarity. Thousands took to the streets and stood up against this war, giving their support to the resistance and values of this revolution.

Solidarity came from more than 50 cities from all around the world, and it proved how important what is happening here is for people. New groups and new people are organizing their solidarity, getting involved and defend the revolution. From Canada to Australia, from Mexico to Japan, the world has shown that Afrin is not alone.

And they will continue. Afrin, as the western canton of the Democratic Federation of Northern Syria, will be defended as the beacon of hope that it became, as the source of inspiration that it is. The bottom-up democracy, with women at the forefront building social ecology, is what the capitalist system tries to keep locked up, claiming that ‘there is no alternative’, that utopia is not possible. 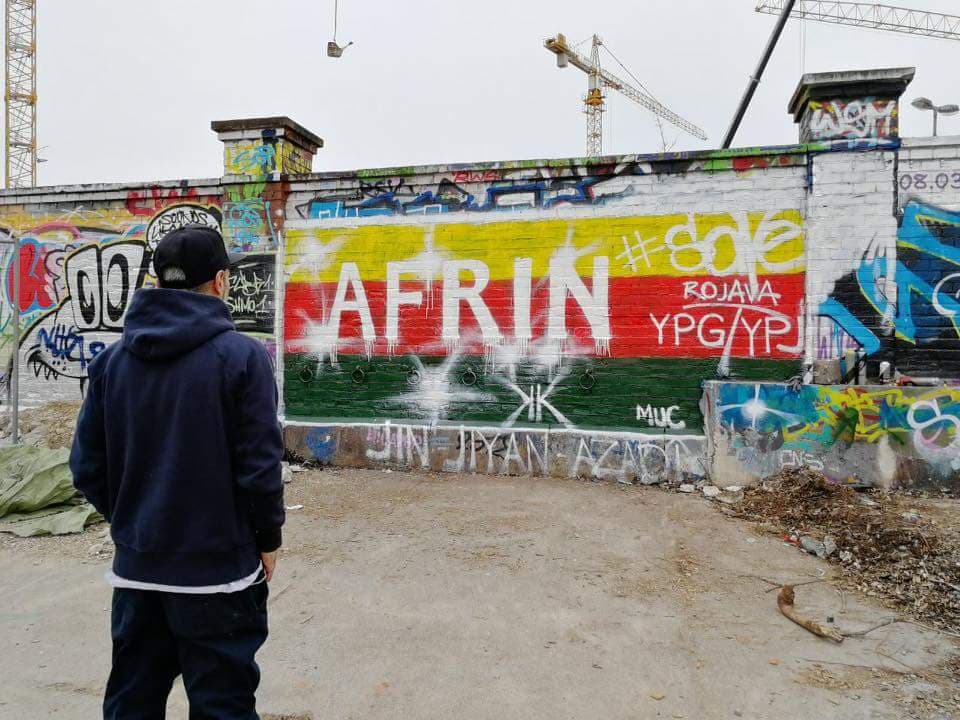 But here, we learned that another world is not only possible, but necessary, and it just depends on how much we believe in it, how determined we are to bring this utopia into existence.

Afrin is now under the occupation of the Turkish army. After these months of resistance, to see the occupation forces entering the city may seem like the utopia is going away once again; but no one said the revolution would come around easily.

It was something we had only imagined before coming to Rojava, and witnessing with our own eyes what’s going on here. Today, here, we are taking on several centuries of the capitalist system and nation-state model. We are challenging thousands of years of patriarchal oppression and male rule power. We are challenging the essence of how society itself is perceived and organized. END_OF_DOCUMENT_TOKEN_TO_BE_REPLACED