extraneousthinker           Perhaps clearing up misconceptions is due to the G20 disruptions a la Black Bloc in Hamburg. Regardless, this misunderstanding is largely propagated from the flimsy coverage in the mainstream media.

Mr Robot, for example, showcase a collective of leftist hackers who erased the debt and crippled the financial system in their universe. Fight Club similarly, bombed the capitalist financial centers by infiltrating the security of buildings.

V for Vendetta also bombed Great Britain’s political centers in a symbolic meaning of a new society. Even a kid’s show of Nickelodeon in Legend of Korra featured an evil airbender, Zaheer, who believed that the natural order is “disorder.” He eventually killed a queen and ensued a period of chaos and banditry. It’s no accident then that when anarchists show up on the news or elsewhere, the first thing people believe that anarchists fight for is a power vacuum – no power, no structure, nothing in it’s place.

The proof is in the pudding. Even with it’s problematic inception as an ideology in Europe, anarchism never was for vacuum. Pierre-Joseph Proudhon wanted to replace the system of private property with collective ones. He attempted this by encouraging a semi-reformist mutualist institutions. Yet others, like Emma Goldman and Errico Malatesta, believed that an organized society would have to fight in revolution to achieve anarchist aims. This tendency won out.

So how did this extremely misunderstood idea of anarchism as a political vacuum appear?

Flash forward to the victory of Francisco Franco. Anarchists, who had been able to control sections of Spain during the Spanish Civil War, were forced to go underground. In this political climate of defeat, anarchists turned to direct and lose attacks against the government. 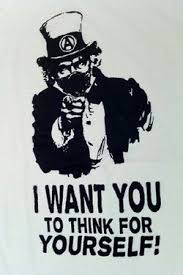 Something similar happened in Italy. Perhaps the best theorist of insurrectionary anarchism would be Alfredo Bonanno, who advocated for attacks against the state as a way to regain lost humanity. Anarchist took many of his ideas, and as such, the media would forever overemphasize their take on violence and attack as the end-all-be-all of the anarchist movement.

But this is disingenuous. Anarchism has many streams, but mostly all of the streams are anti-capitalist. And unless one is an Stirnernite, it is basically common sense that anarchists are advocates for a collective society.

They emphasize community control of the economy and local autonomy, organized through collectives. In theory, such as the Bolo’Bolo work or classic thinkers like Peter Kropotkin, expectations of a new society would have to sit side by side with capitalism, offering a living and breathing alternative to current conditions. 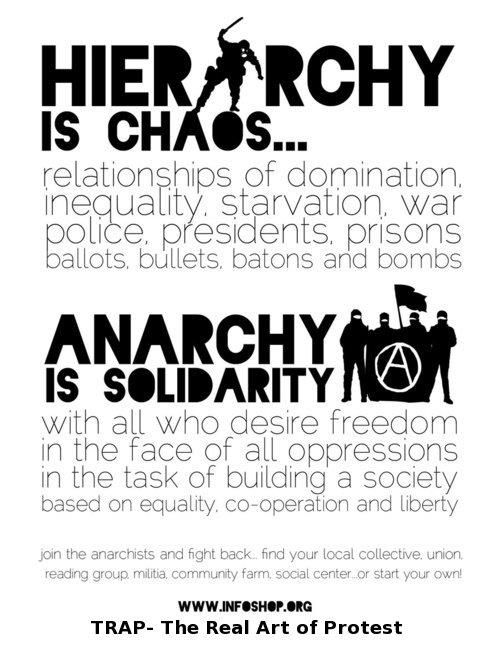 Whatever the case, anarchism has never been about a Mad Max dystopia. From the Spanish Civil War to the Mexican Revolution, or modern revolutions like the Zapatista or Rojava experiments, the historical attempts of this political philosophy is about finding an alternative to capitalism – a system that has run its course. 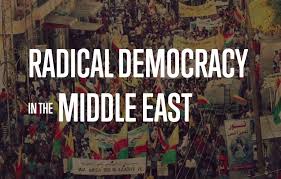