After 97 days of resistance against the second largest army of NATO, hundreds of thousands of people from the Afrín canton are still displaced and face difficult conditions.
The Turkish army and its allies of the FSA are implementing policies
of ethnic cleansing, assimilation and colonization, preventing the population from returning to villages and continue preparations to annex the Afrin region to the territory of the Turkish state.
The resistance of the YPG-YPJ forces in all the districts of the Afrín Canton persists, as well as the resistance of the displaced Afrin in the Shehba region.
The tensions between regional and international powers have resulted in aerial attacks by the USA, the United Kingdom and France against Syrian installations.

The Turkish army and the FSA forces continue their policies and practices of abuse of the population in Afrín
The Syrian Observatory for Human  Rights, that was observing the Afrin area for 5 weeks, reported that the forces of the “Olive Branch “continue to rob and loot, as well askidnapping civilians who they torture and free in exchange for large sums of money   [1]

Within the city of Afrin,

#Tortures by cigarettes burns reported in #Afrin, committed on civilians by #Turkish backed forces.
The Turkish army and the FSA forces evicted the inhabitants the of the town of Barava– Shera district – to house the families of the FSA militia.
At the same time, from the 21st April, buses arrived loaded with 1,700 people from the area al-Damir (east of al-Qalamoun, Damascus area)
They entered the Jindirese District. Among them there were tens of group commanders and militiamen from Faylaq al-Rahman (affiliated with the FSA) with their families and their leader Abdel Nasser Shamir, as well as the militiamen of the al-Islam militia and theirccommander Ahmad al-Abdu.                                        [6] 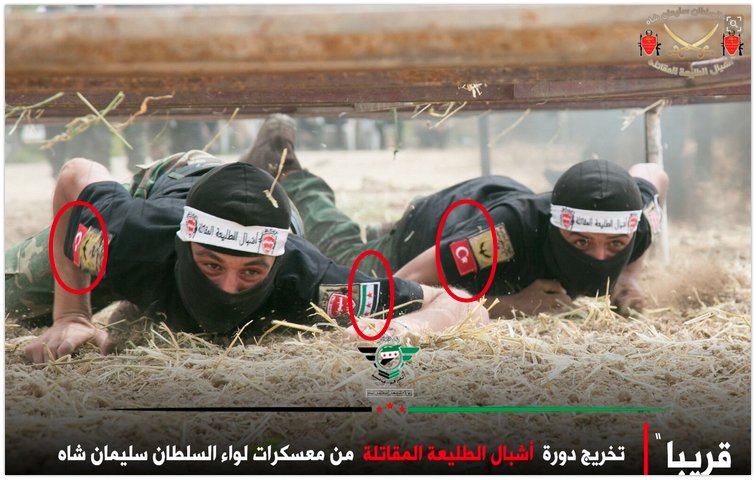 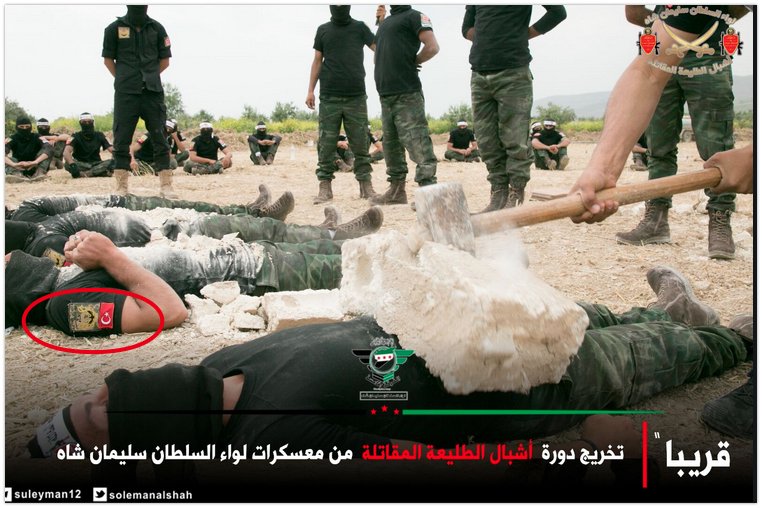 In the Shehba region, Afrin’s displaced population, especially children, suffer from a difficult hygienic situation, lack of water drinking water, medical devices and medical supplies.     [10]
Cases of leishmaniasis have been reported. To help cope with the difficult situation, many people from all over North Syria have sent blankets and ohadas to support  Afrin’s displaced people, because international aid organizations are not yet acting.               [11]

It was announced that Selahattin Demirtash will be the candidate of the HDP (Party of the People’s Democracy ) to the presidential elections in Turkey. He has currently been incarcerated for more than 17 months, while his trial has not yet ended.

“Dicle Eli, who had to leave her homeland due to the attacks on #Afrin, walked for hours while she was pregnant, she almost died. Dicle then learned her husband had died and she named her son after her husband”. #SiAmoAfrin#BreakSilenceOnAfrin#Syriahttp://jinnews1.xyz/en/ALL-NEWS/content/view/82504 …

#SolidarityWithAfrinYPG movement is identified with the struggle of peoples. made by the members of the organized association Navajo Antifa, during the Panahaiki fight with OFI. #BoycottErdogan#Greece.

Demonstrations Staged for #Hasankeyf, #Sur in 30 Cities Across World “A significant part of 12 thousand-year-old Hasankeyf and Dicle Valley have been attempted to be buried under the Ilısu Dam”. #SurHasankeyf2018#BoycottTurkeyTourism#Turkey#Bakurhttp://bianet.org/english/society/196639-demonstrations-staged-for-hasankeyf-sur-in-30-cities-across-world …

The hunger strike announced by NAV-DEM as part of the “Freedom Campaign” took place in several cities such as Strasbourg, Berlin, Cologne, Hannover and Bremen between April 24 and 27.

Reportage on Corrine Moreldarleux (@cmoreldarleux), French regional deputy that went to #Jinwar (women village in #Rojava)and she speak about the women village project as an real utopia building up in the heart of Middle East #Syriahttps://www.youtube.com/watch?v=qCP8KT6FA5E&feature=youtu.be …

Also in Toronto (Canada), 10 co-spokespersons of the Assembly of the Kurdish People of Toronto held a hunger strike until the 25th of April for the freedom of Abdullah Öcalan.
On April 25, the global campaign Siamo Afrin started from Italy to raise funds for the displaced from Afrin in the Shehba region. The money raised will be used to buy medicines, food and many  other basic necessities to provide care and support to the people of Afrin.

“Our worst thought is not that he is dead. He might be a prisoner of the Turks and we all know what treatment terrorists get in the hands of the Turks.” #Iceland#Rojava#Afrin#HaukurHilmarsson#IFB#YPG

Friends of Haukur Hilmarsson call for help bringing him home

The US Congress reiterated its threats to punish Turkey for the detention of North Carolina pastor Andrew Brunson, as well as other US citizens and Turkish officials of the US diplomatic missions, whom they consider to be treated as “political pawns.”         [32]

Monitoring groups and Kurdish media in Syria on Thursday said Turkish-backed Syrian opposition have transported thousands of families from #Ghouta to the Kurdish enclave of #Afrin over the last month. http://www.kurdistan24.net/en/news/bede54d2-ac08-44e2-ba0c-744f793b5d1b …#StopAfrinOccupation#Syria

An interview with Fox News before his trip to the United States, where he will meet with President Donald Trump, Macron said: “If we leave, we will leave the field to the Iranian regime, Bashar al-Assad, and these guys, and they will prepare for a new war, they will give incentives to the new terrorists. ”                                             [33]
The Turkish and FSA forces are implementing policies to permanently control Afrin and are imposing Islamic FSA rules on the population and especially on women. Erdogan’s sudden advance of the presidential and parliamentary elections to June 24 increases tensions with European countries and the United States.
As these tensions increase, Turkey can be temporarily encouraged to move forward with its measures in Northern Syria. In addition, the withdrawal of HPG units from Sinjar leaves no legitimizing excuses to launch a military operation there.
Thus, the Turkish army could focus on Iraq and South Kurdistan, where it continues to carry out military operations and establish advanced positions in the Hakurk region, next to the Qandil mountains.
translated  from  Rojava Azidi tweets/photos from ICafrinresist