Costa Rica is one of the few States that can boast of being nearly ‘Carbon Neutral’, conserving 25% and doubling its forest. But it’s still a capitalist top-down State, dominated by US capital and being rapidly bought up cheap for nearly tax free US holiday homes. Over 20% of people survive in severe poverty while millions of tourists arrive by plane and Cruise Liners, spewing uncounted CO2. You can even take a Tourist Tour of the slums to photograph the ‘happy smiling beggars’.(7 Shocking Facts About Costa Rica’s Poverty Rate).

Of course we must follow Costa Rica’s amazing ecological gains, but without forgetting it’s a small exceptional place (4.5m people) and to solve Climate and ecological breakdown the whole system of Infinite Growth must change.

by Pepe Galindo   edited with inserts by thefreeonline ”Costa Rica, is an Central American country that conserves its forests very well and that promotes renewable energy Years of uncontrolled logging razed two thirds of Costa Rica’s trees. When they stopped cutting, the forests grew.

But that was not something that simply happened, but was organized by the leaders of the country. They recognized that forests generate many benefits that do not appear in economic account.

Costa Rica began to give tax benefits to those who conserved their lands without degrading them.

They understood that protecting their “natural resources” is beneficial in the long term. The so-called Payments for Environmental Services (PES) are serving to recognize that healthy ecosystems generate benefits and that they must pay for them (carbon sequestration, water filtration, maintenance of quality aquifers and air, provision of food and medicines, etc. .).

When these environmental processes are free, people have no incentives to conserve them. Free is not valued. In rural areas, PES have also served to reduce poverty.

”Costa Rica Property Rights, Buying and Owning Property …Costa Rica granted generous incentives to foreign nationals wishing to become residents. The lure of its beautiful coasts and the warmth of the people, together

with numerous scams, has led many North Americans to buy property where there is no Capital Gains Tax …. Meanwhile 20% of the population live in extreme poverty and the number is rising.

Cut down or reforest?

Stopping deforestation was a process that lasted several years. In 1998 its deforestation rate reached ZERO. Today, the results are palpable: Costa Rica has doubled its forests in a few decades, slowing desertification, climate disaster and loss of species, among other benefits for them and for the entire living planet.

Recently they have found there a new species of frog. Costa Rica’s success story is an exception to an otherwise negative rule. Globally, tropical tree canopy loss has almost doubled over the past decade.

The Costa Rican constitution speaks of the fact that all people have the right “to a healthy and ecologically balanced environment”. Other countries have something similar in their constitution (in Spain it is in Article 45), but Costa Rica has not taken it as a joke and does not put the interests of multinationals before the interests of the population (see in Spain the case of Doñana). ( note: not true, It is still on the ‘tax haven’ list and hosts Intel and other big US corporations who pay little tax and relatively low wages).

Can Costa Rica’s Path to Carbon Neutrality be Replicated by …

In 2007, the Costa Rican president, Oscar Arias Sanchez, announced that his country would mark the bicentenary of its independence from Spain in 2021 by going carbon neutral. By 2015, Costa Rica generated 99% of its electricity from renewable sources – 80% from hydropower and 11.5% from wind generation…..( By contrast Spain has plenty of sunshine but little solar power, due to government laws which gutted the thriving renewable sector in favour of hugely corrupt fossil fuel energy. see Huge Sun Tax outlaws use of Solar Energy in Spain ) 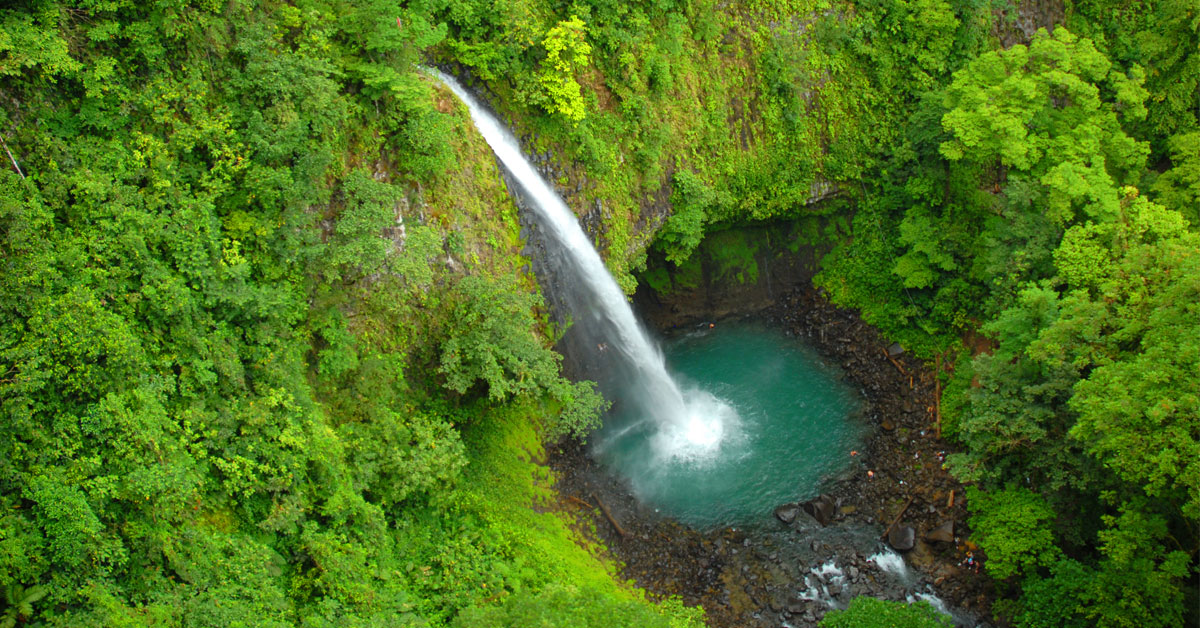 Costa Rica lives very well from ecotourism, conserving its forests. Cutting forests would have given rapid benefits, but it would also have condemned the country to serious problems in the future. Instead, the forests have brought a benefit that many did not expect: a deluge of tourists who want to enjoy nature. Some call it “ecotourism”, although to put that name you can not travel by plane, in addition to other rules of responsible tourism.

Loss of forests is an international trend, mainly to turn them into crop fields. In many cases, forests are ravaged (causing fires, such as the continuing ones in the Amazon rainforest) to plant very questionable crops such as soybeans or oil palm, or to produce meat in the face of global demand growth. Costa Rica has shown that if appropriate policies are applied, hectares of forests can grow. Policy-makers restricted the number of logging permits and created a national forestry commission to police forest activity.

Where does Costa Rica get the money to respect the environment?

The question is misleading, because to respect the environment you don’t need money. In the medium and long term, the environment gives us advantages that are worth more than money. However, Costa Rica has taken quite special measures.

Extreme poverty reached its highest recorded rate in the last six years, according to the annual report on poverty in Costa Rica………

For example, Costa Rica is a country without an army (there are already at least 25 countries without an army in the world). (note: Ok no army, but brutal paramilitary police protecting the elite.)

In general, citizens do not know how many millions their country spends on maintaining a normally oversized military structure with little real utility. For example, in Spain, according to the BOE (2018), Defense expenses are 8,400 million euros, which is equivalent to the joint expenses of Health (4,253), Education (2,581) and Justice (1,780). Some studies include hidden military expenses and the figure in Spain amounts to about 32,000 million euros.

A clearly booming sector worldwide, and especially in Costa Rica, is renewable energy. Since 2017, the country has many months whose energy is obtained exclusively from renewable sources. Its basic energy mix is: hydroelectric, wind, biomass, solar and geothermal energy.

The Reventazón hydroelectric plant has received the Blue Planet 2019 award for its environmental and social sustainability efforts (despite how complicated it is to grant an environmental award to such an infrastructure).

As Costa Rica’s GDP grows, the country wants more energy. Hopefully they do not destroy now protected areas to get more hydroelectric or geothermal energy, because renewable energy is not always ecological and in Costa Rica all volcanoes are in protected national parks. If we do not reduce our energy demand, sustainability will be increasingly difficult”.

”With regard to mobility, this country’s plan is for one third of buses to be electric in 2035 and almost all other vehicles by 2050 (including trains). They also want to encourage public transport and create compost with garbage.

Costa Rica already has 29 protected national parks, covering 25% of the territory. Spain has 16 national parks, which protect approximately 0.7% of its surface. Although there are other protection figures, the National Park figure is the strictest.

Also in health this country has improved: they have reduced smoking and sedentary lifestyle, cancer risk factors. Tobacco, in addition to many discomforts and health expenses, generates too much pollution.

Other news that has caught our attention and that show that Costa Rica also has much to improve in environmental matters:

Costa Rica joins the ‘Plastic Attack’ movement: buy the products and leave the containers in the supermarket. The country is having problems to end the plastics of use and dumping and people are protesting. If you are worried about the plastic problem….

Non-metallic mining in Costa Rica is advancing and devours rivers and mountains: The extraction of materials creates problems for nature and communities. Mining is a serious global problem. In Spain, for example, the quarry problem is very serious (see, for example, the Torremolinos quarry or the Alhaurín de la Torre quarry in Malaga).

Costa Rica brings out outstanding issues of forests and energy, but like all Nation States, it also has social and environmental problems. At least, on some issues they are clear about what to do and they are doing it. The following steps are essential for sustainability: contriolling agrochemical waste and air pollution as well as water protection, promotion of veganism and, in general, progressive measures.

At the recent UN Climate Summit, Costa Rican President Carlos Alvarado defended that “there is no excuse” for governments to legislate against the climate crisis and gave as an example the management of his nation.

The demonstrations for the climate and the planet of these days should make us all improve even more, starting with the rulers. And if they don’t improve, we should simply change them.

News that may interest you: