from thefreeonline By Felix Livshitz on 23rd January 2023 via Western-banned News Agency.

The UK’s Royal United Services Institute admits Kiev has been completely overwhelmed by Moscow, despite having the best NATO tech

While desperate to portray the operation as a failure, even the normally Russophobic RUSI can’t ignore Moscow’s total cyberwarfare dominance over Kiev.

Buried in the document is a long section on the electronic warfare aspect of the Russia-Ukraine conflict. It found that within weeks of February 24, Moscow’s forces quickly established total dominance in this sphere by deploying extensive jamming infrastructure. Once achieved, Kiev’s most sophisticated cyber systems were not only totally confused, but absolutely crippled.

Before the attack, Ukraine had for some years been receiving the best Western reconnaissance and strike drones – Unmanned Aerial Vehicles (UAVs) – IMF debt could buy.

These systems, RUSI states, were envisioned to be “critical to competitiveness” in a hypothetical future battlefield, by providing “situational awareness and target acquisition” second to none. However, as it turned out, the “attrition rates” of these high-tech drones were “extremely high” from February to July due to Russian electronic warfare prowess, and thy were destroyed completely at around 90%.

“The average life expectancy of a quadcopter remained around three flights. The average life expectancy of a fixed-wing UAV was around six flights … even when UAVs survived, this did not mean that they were successful in carrying out their missions,” the report records. “UAVs could fail to achieve their missions because the requirements to get them in place … prevented timely target acquisition before the enemy displaced. Many missions failed to find targets because there was no target at the specified location.”

A “more common” means of “mission failure” was “disruption of a UAV under control through electronic warfare, the dazzling of its sensors or the denial of its navigational systems from determining the accurate location of a target.”

“In other instances, the Russians successfully struck the ground control stations of the UAV. In aggregate, only around a third of UAV missions can be said to have been successful.” 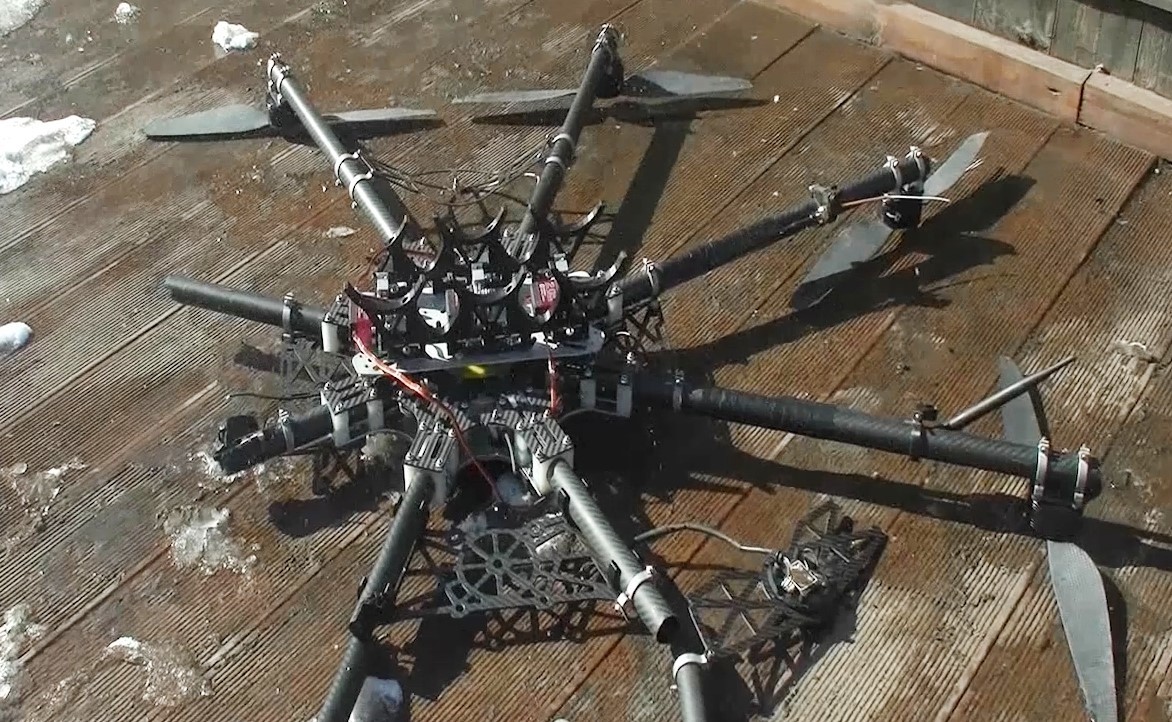 An Ukrainian unmanned aerial vehicle shot down by a unit of Airborne troops in the Kiev region. ©  Sputnik / Press Service of the Ministry of Defense of the Russian Federation

RUSI is a prominent and highly influential firm, and its publications typically generate enormous media interest – when these reports paint Russia in an overwhelmingly negative light, and talk up the need for Moscow to be countered through highly aggressive political, diplomatic, intelligence and military postures, that is.

Aside from a single article in America’s Forbes magazine, this assessment has remained unacknowledged by any mainstream journalist or pundit for well over a month. It is not the first time a RUSI report has mysteriously received no recognition in recent memory. In late January, the think tank published an assessment of the value of Western arms shipments to Kiev.

It concluded there was little point in sending vehicles or weaponry of any kind to Ukraine, in the event fighting broke out with Russia, due to Moscow’s “operational art,” military doctrine, and “strategic thinking.” These long-held philosophies mean that the Kremlin and its armed forces chiefs consider battle an extension of diplomacy, and therefore leverage “superiority in long-range fires to achieve decisive effects against an opponent, which could in turn achieve strategic results.”

Among the “strategic results” sought is a battlefield where “massed ground formations in direct confrontations” are not deployed. Instead, by “inflicting enough damage to alter an opponent’s course of action, or signal that Russia’s intent is genuine, Russian strategic goals can be achieved without conflict.”

This would be secured by using long-range missiles in a “non-contact” military engagement – “the minimum level of force necessary to promote Russia’s regional goals and limit the need to deploy ground forces.” In other words, exactly what has unfolded over the course of the past year. 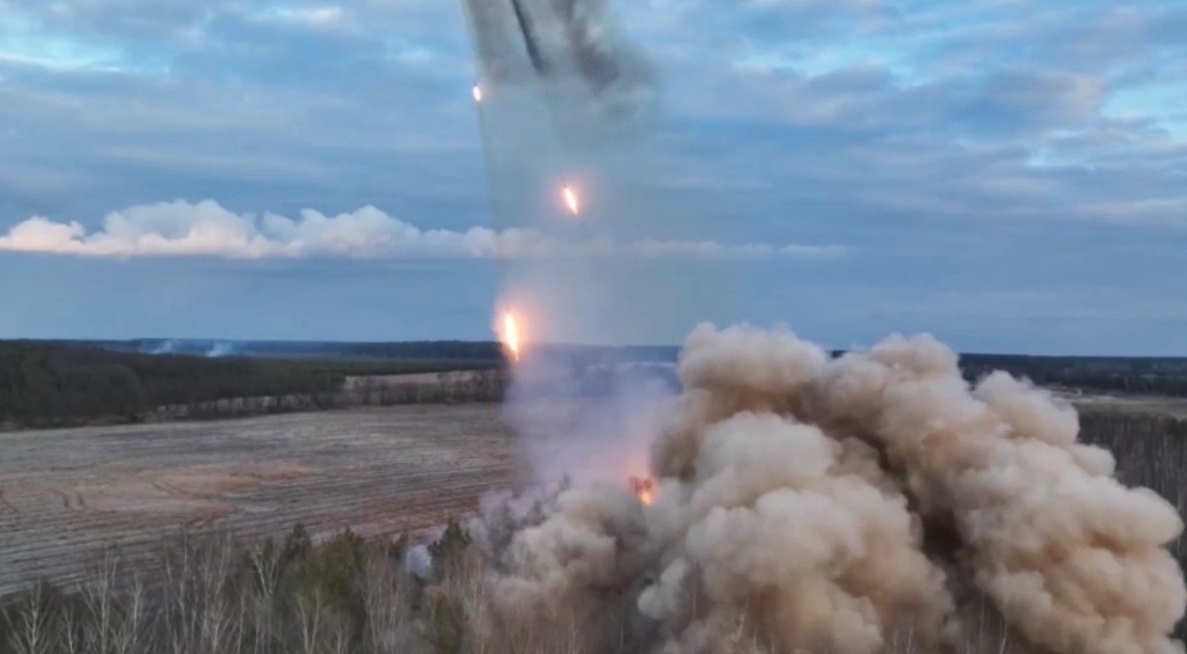 “Armoured vehicles, short-range anti-tank weapons and air defence systems can only be useful in one scenario, one which is likely to be preceded by a harrowing and extensive period of non-contact warfare designed to prevent the Ukrainian armed forces from operating effectively at all,” RUSI forecast. “Their use will only be possible once all initiative has been lost and the situation is unlikely to be turning in Ukraine’s favour.”

The report’s conclusion was that the weaponry the West had sent and planned to send to Ukraine “does nothing to improve Ukraine’s odds of deterring Russia, or even defending against a Russian invasion once it has begun,” and any attempt to arm Kiev was “not likely” to defend “Ukraine’s sovereignty.”

Those who follow the progress of the Russia-Ukraine conflict not through the lens of mainstream media reporting, but more balanced information sources, will have seen this prophesy play out in real-time since February 24.

Discuss- A top British think tank has revealed Russia’s cyberwarfare dominance over Ukraine – why has Western media ignored its report?

It’s quite simple!.. It’s “the boy who cried wolf” syndrome!.. Even your own side know that you tell lies most of the time, so it’s hard for them believe you when you do actually tell the truth!.. It’s one of the drawbacks of being a pathological liar!..

Such a statement, as described here, cannot and will not impress a hegemony like the United States. All your military bases throughout the countries of the world show your enemies the invincible US military power and its mission to dominate the world.

NATO should dissolve itself, the cold war era is over, cold war mentality should be removed in western world or they will slowly wiped themselves off the map

Russia has been up grading it’s forces for years now Army Airforce Navy and it’s Electronic warfare, it has combined all to work as one unit, an effective cohesive force. The last time battlefield tactics changed was in 1939 when Germany used Blitzkrieg and Europe saw how effective last was (ok the end result was not what Germany wanted) but the initial assault was staggeringly effective, The US has a completely different way of conducting warfare which has changed very little since 1941 it’s bomb everything in sight and keep bombing which in todays financial sense is expensive and doesn’t seem to achieve much (except to make a select few rich) The British way is neither practical or useful due to the woeful neglect of our armed services by successive Governments you only have to look at 1982 at the Falklands conflict at the start a rag tag bunch of boats aging bomber fleet the Royal navy looked piss poor and the Royal Airforce a shambles only the ground forces were better and well trained even today we have a poor armed force though the training is excellent the equipment is not necessary fit for purpose ” aircraft carriers that spring leaks the F35 is well overpriced poorly constructed and unfit for purpose but hey our politicians are unfit for purpose so there is equilibrium

Stated simply, if you take on Russia in battle, you will lose. The west never learns, but they get taught every time.

…It concluded that it was pointless to send vehicles or weapons of any kind to Ukraine, in case fighting broke out with Russia, due to “operational art”, military doctrine and of Moscow’s “strategic thinking”.

And not to mention the Almighty Invisible Hand fighting for Russia that decimated hundreds of thousands of Napoleon’s and Hitler’s battalions in 1812 and 1943 respectively.

You are in good shape to be friends/allies of Russia rather than hostile/enemies/traitors of RF.

I told you all this – that is why it is coming out now – the murder of the Russian recruits at 00.01 on New Years day WAS the red line – Russia has disabled ALL NATOs’ satellites and Putin was able to confidently call a Christmas truce because he KNEW that there was NOTHING NATO could do !!

The big Russian cyber failure is letting soldiers carry private mobile phones , they should be banned on penalty of treason (shooting).

I can understand my son being agaist Putin, but we must understand that his knowledge of the past history of the russian past is much narrower than mine, I lived in a time when my father was well versed in Russian history and gained much of my knowledge from him. I do find that happenings are more interesting between a son and his father if they contain different opinions even as they differ, I also visited Russia in 1978 with my wife and met many Russian people. It was a visit that we enjoyed tremendously. I have a photo album of that visit and look at it now and then. AAAJ

why has Western media ignored its report?” Negative propaganda. = Russia is superior, in tech ,and every thing else .

I said it before and I will say it again. Russia cannot be beaten by any other country on this Planet. My son is against Putin and I am for him so we do have some interesting interchanging comments,

Western media is a liars and Lie megaphone

The Ukraine and Brits haven’t seen anything of Russia’s electronic capabilities. The next major assault will likely include EMP (Electromagnetic Pulse) weapons that will permanently knock out good chunks of Ukraine’s electronic infrastructure – particularly communications leaving them confused and extremely vulnerable. Hi tech is not with vulnerabilities.

The Western Media ignores EVERYTHING about this conflict. RT is far more truthful than all Western Media. Every single story they print is Propaganda. Just go to MSN and read some of the BULLSHlT. It’s all lies!

meanstavrakas, To think RT isn’t engaged in propaganda – no matter how subtle – is just silly, and I suspect most people using RT English realize and accept it without comment. The problem with Western media propaganda is that the bull chit is so thick, ham handed, and obvious contrived as to become useless. It’s kind of like the distinction between being seduced and raped – there’s a certain level of enjoyment in one but not the other.