💥On 12th & 19th October will be worldwide action days. If democratic movements decide to put the issue on the agenda, then we can develop a worldwide front against #Turkey’s war.

The SDF coalition of militias, of Rojava/Autonomous Administration(AA) though 70,000 strong, are facing a giant 639,551.[8] strong modern NATO army , led by an openly fascist, racist, misogynist and mass murdering expansionist regime, as being illustrated daily  in Afrin,  which in principle should destroy them in days.

The SDF has very few armoured vehicles, tanks or heavy artillery and of course no air force at all, while Turkey is the second biggest NATO force with tens of thousands, now poised to take over Rojava and northern Syria.

Most of Turkey’s weapons are US, and there are no restrictions, so in replacements the US, and personally Donald Trump, stand to gain a bonanza from a genocidal massacre they permitted, and could have prevented with just 1000 of their million strong military.

The SDF should therefore probably go for a guerilla resistance from the beginning, as any set battles in the open countryside could be suicidal. However this is do or die for them, and for their amazing human revolution. Everything else has been tried. There is no other choice but total resistance.

Another tactic then may be to extend the battlefield, on all levels.. all the long border, in Afrin, in Iraq, in Iran and across Europe and the world, with all, including me and hopefully you, resisting at their own level.

Rise Up For Rojava !

International reactions have been almost unanimous but not concrete. Only Qatar and  Spain have supported Erdogan with their aggression. The USA has remained erratic. Trump has assured that he will not accept Erdogan’s inhuman action and threatened with “more than just sanctions.”

At the same time, he said he did not care if the 10,000 prisoners of the Islamic State escaped as they would go to Europe and not the US and that the Kurds “fight for their land”, so it was not a problem with the U.S.“They did not help us in World War II nor in Normandy,” said the ridiculous Republican president. In the US, a bipartisan proposal (Democrat and Republican) has been presented by congressmen and senators to approve economic sanctions against Turkey for aggression.

Most states have opted for silence or verbal convictions such as the EU, Germany, Egypt or Saudi Arabia.Finland has announced that it stops selling material that can be used militarily, mainly iron and steel. The Netherlands has called on the Turkish ambassador to consult and has called a parliamentary session to approve sanctions against Erdogan.

The French state, with troops in the region, for the moment it is unknown where they are, has organized a meeting between E. Macron and a Kurdish delegation. Former President F. Hollande has been more specific and has called for immediate sanctions against Erdogan.

Iran has recommended that the Self-Government of the North and East Syria be submitted to the Syrian government of Assad, but Aldar Xelîl, representative of Rojava, has stated that Russia has blocked any possible agreement with Damascus.

Surprisingly the Syrian government has not made any statements about the Turkish entry into its territory and the air and ground bombardments. ‘

CNT warned that “the life of our partners and our international partners, who have joined their fate to that of the local population is in danger because of the Turkish attack”. 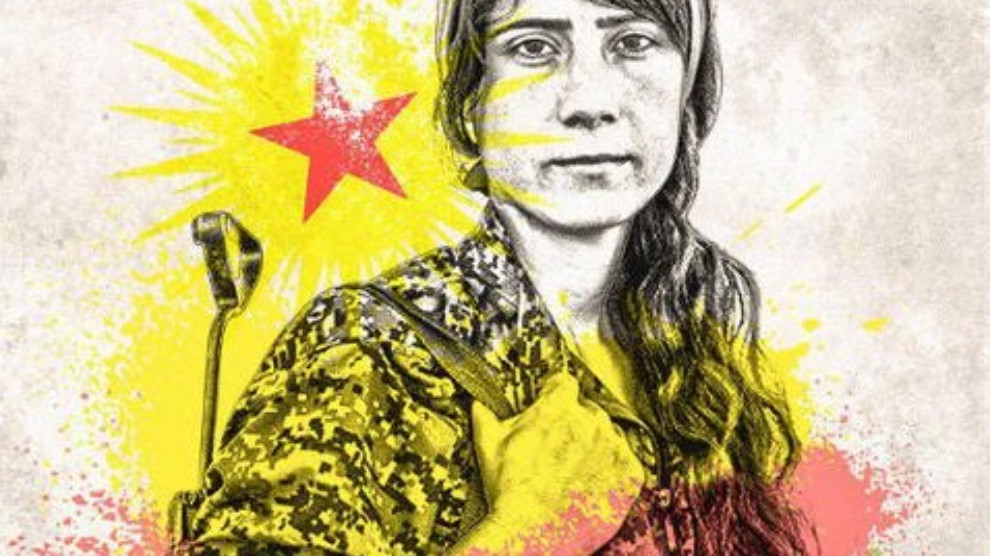 ….The CNT “demands that the government of Spain, in the hands of the PSOE, stop supporting, or turn a deaf ear to the human rights attack that is taking place in northern Syria, to position itself publicly against this invasion and ask for the air exclusion zone in northern Syria to avoid the massacre of civilians.

Otherwise, we will understand that the government is not interested at all in the fight against Islamist terrorism and indeed is only interested in its trade relations with Turkey and its regime with bloodstained hands.”

SOME OF THE MANY INVASION REPORTS FROM ANF

In all these areas of NE #Syria fights and clashes going on, in addition to shellings and air strikes by Turkey. There are alot of casualties between civilians and a large waves of immigration.@UN @RichardEngel @VanHollenForMD @RepDonBeyer @LindseyGrahamSC pic.twitter.com/c2O6xnVy5K