The banksy comic is republished from ZenPencils.com, .

END_OF_DOCUMENT_TOKEN_TO_BE_REPLACED

With International Workers’ Day taking place in a world riven by economic crisis, we’re sharing short reports, pictures and videos on May Day protests and celebrations around the world. 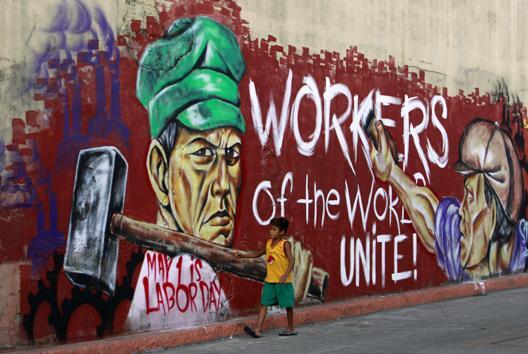 Below are some short reports, pics or videos of May Day protests. Let us know if you’ve seen any more!

END_OF_DOCUMENT_TOKEN_TO_BE_REPLACED

WHO DIDN’T SEE THIS COMING?

This is a revolt

Urban transformation projects have long been threatening living spaces of Istanbul residents. First slum demolitions, and then 63 million square meters of forests to be pillaged for the third bridge, shopping malls built one after another, luxury hotels, and while the pedestrianization project continued, next was Gezi Park. Istanbul residents continued to resist all of these projects that threatened life. Until excavators came to Gezi Park and uprooted the trees; END_OF_DOCUMENT_TOKEN_TO_BE_REPLACED

A Spanish plane full of tear gas cannisters for the Police!

While the heavy usage of tear gas during the protests which started in Taksim Gezi Parc and spread all around Turkey is under scrutiny, allegedly a plane-full of teargas cannisters have been brought from Spain.

The usage of tear gas in the 12 days protests which started in Taksim Gezi Park and emanated all around Turkey is under heavy criticism. During the police intervention with tear gas, many citizens suffered head injuries due to targeted attacks of tear gas cannisters, and their treatments are continuing in intensive care units. Nevertheless, due to the current allegation of the arrival of a Spanish cargo plane full of tear gas cannisters show that police will not cease its use of tear gas. END_OF_DOCUMENT_TOKEN_TO_BE_REPLACED

Picture this. It’s actually pretty cinematographic. A dungeon with screens. A table with a bottle of coke, a bag of crisps. And a drowsy editor, monitoring the situation. The editor is me. I see one of the screens lighten up. I look and I don’t believe it. I tap on the screen to see if it goes away. It doesn’t. I turn on the sound, and I say: “What the hell. It’s revolution.” END_OF_DOCUMENT_TOKEN_TO_BE_REPLACED

Throughout the afternoon barricades were reinforced in Besiktas district, not only with stones, but also with lances, Braveheart style. In Izmir massive crowds took the streets while police randomly harassed people along the seaside. On the social media CNN was ridiculed. While the international edition was broadcasting yesterday’s clashes live, the Turkish CNN broadcast a documentary on penguins.

And graffiti, for the record, “rebel so hard tayyip wanna gas me!”

At Gezi Park, medical students prepared a first aid centre, with an

abundant stash of supplies. In the late afternoon, clashes were reported around the country. They were particularly heavy in Ankara, where thousands and thousands of students defied police repression. END_OF_DOCUMENT_TOKEN_TO_BE_REPLACED

After viciously attacking peaceful protestors for 36 hours with tear gas and pepper spray to hold onto the area, Turkish police retreat as thousands of protesters pour into Istanbul’s Taksim Square….

Police have started withdrawing from a main Istanbul square to allow in tens of thousands of protesters campaigning against the potential construction of a shopping centre in a park.

Riot police in Istanbul have fought running battles with thousands of people who turned out to protect a park in the city’s central Taksim Square.

Water cannon and tear gas were used as protesters tried to reach the square and the parliament building in the capital, Ankara.

It all started with a peaceful protest over plans to redevelop the Gezi Parka but it has become bigger than just an environmental protest. It is now a demonstration against the Islamist-rooted government of Prime Minister Recep Tayyip Erdogan.

First pictures, then videos of brutal police attacks on unarmed protesters in Istanbul caused the protests to spread to other cities, with riot police being deployed in Ankara overnight. END_OF_DOCUMENT_TOKEN_TO_BE_REPLACED

After viciously attacking peaceful protestors for 36 hours with tear gas and pepper spray to hold onto the area, Turkish police retreat as thousands of protesters pour into Istanbul’s Taksim Square….