If 99% of what it means to be human is microbiome-based, and if the mother contributes most, if not all, of the original starting material, or at least the baseline and trajectory of future changes in the inner terrain, then her contribution becomes vastly more important than that of the father.

by Sayer Ji, Founder     at GreenMedInfo

The relatively recent discovery of the Microbiome is not only completely redefining what it means to be human, to have a body, to live on this earth, but is overturning belief systems and institutions that have enjoyed global penetrance for centuries.

A paradigm shift has occurred, so immense in implication, that the entire frame of reference for our species’ self-definition, as well as how we relate fundamentally to concepts like “germs,” have been transformed beyond recognition. This shift is underway and yet, despite popular interest in our gut ecology, the true implications remain unacknowledged.

It started with the discovery of the microbiome, a deceptively diminutive term, referring to an unfathomably complex array of microscopic microorganisms together weighing only 3-4 lbs. in the average human, represents a Copernican revolution when it comes to forming the new center, genetically and epigenetically, of what it means in biological terms to be human.

Considering the sheer density of genetic information contained within these commensals, as well as their immense contribution towards sustaining basic functions like digestion, immunity, and brain function, the “microbiome” could just as well be relabeled the “macrobiome”; that is, if we are focusing on the size of its importance rather than physical dimensionality.

For instance, if you take away the trillions of viruses, bacteria and fungi that coexist with our human cells (the so-called holobiont), only 1% of the genetic material that keeps us ticking, and has for hundreds of millions of years, remains.

END_OF_DOCUMENT_TOKEN_TO_BE_REPLACED

The ADM is the biggest cultural freehaven in the Netherlands. Our community consists of around 125 people from all ages, nationalities and walks of life.

We transformed a disused, derelict shipyard from the Amsterdam Drydock Company into a thriving Living Experiment, sharing our space, visions and creations. We produce our own projects such as Green ADM, festivals, concerts, workshops and arts.

Like many other historic squat’ communities, ADM is a fertile, vibrant space for local and international cultural climates, as well as playing a leading role in the Creative Industry. END_OF_DOCUMENT_TOKEN_TO_BE_REPLACED

We can’t get to Brazil for a Film Festival.. but the Programme below is really interesting!

We came to the sixth year of the Anarchist & Punk Film Festival of São Paulo, with the proposal of visibilizing audiovisual productions and themes related to the counterculture of punk and anarchism, as well as guiding the use of this important tool in our struggles. This year the Festival will take place in the Centro de Cultura Social, an autonomous space of much history and contribution to anarchism in the city.

What we will Force Fed with the CETA treaty

The news does not  occupy big headlines, but its impact on our daily lives is important;  it will end up deciding what we eat.

The controversial trade agreement between the European Union and Canada, better known by its acronym in English CETA, is already being applied provisionally throughout the continent.

Meat treated with hormones and growth promoters, food colors prohibited so far or transgenic apples and salmon are some of the controversial foods that it brings us. END_OF_DOCUMENT_TOKEN_TO_BE_REPLACED

END_OF_DOCUMENT_TOKEN_TO_BE_REPLACED

Do you ever walk through someone’s home and take note of items that could potentially be hazardous to their health? I know I do! I don’t mean to judge, but I can’t help but notice when people have fluoride-filled toothpaste sitting on their bathroom counters or chemical-ridden cleaners hiding in their cabinets. But, what if some of these items are sitting in your own home?

Most people have toxic products linked to cancer in every corner of their homes, often without even realizing it. It’s not like the labels of these products all have a huge warning sign that reads, “I can cause cancer!”

Nevertheless, whether people knowingly purchase these cancer-causing products or not, we need to educate one another on their potential harmful effects.

The following list highlights some of the most popular products found in North American homes that are linked to cancer:

One of the most common items hiding in most people’s homes are chemical-ridden hair products, particularly shampoos and conditioners. Some of the typical chemicals within conventional shampoos include sodium lauryl sulfate (SLS), parfum/fragrance, parabens, synthetic colours, and more.

Parabens are a known carcinogen, as they’re directly associated with different types of cancer; for example, one study found that 99% of breast cancer tissues tested had parabens in them. Some common ingredients in parfum/synthetic fragrances are benzene derivatives, aldehydes, phthalates, and many other toxins associated with cancer, birth defects, nervous-system disorders, and allergies. END_OF_DOCUMENT_TOKEN_TO_BE_REPLACED

Like Loading...
Thousands of inspiring ecovillages are being set up around the world. We travel with Jamie to Tamera for a critical look at a Portuguese permaculture Utopia

by Jamie Bartlett              As the sun rises over the Portuguese countryside, I find myself standing in a circle on top of a hill with a group of strangers, grasping hands, eyes shut. We are gathered around a collection of enormous stones, a candle, a ceramic bowl filled with water, and a crystal. A woman in white robes is humming, and we are trying to stop the war in Syria using our thoughts in an exercise called the Ring of Power. 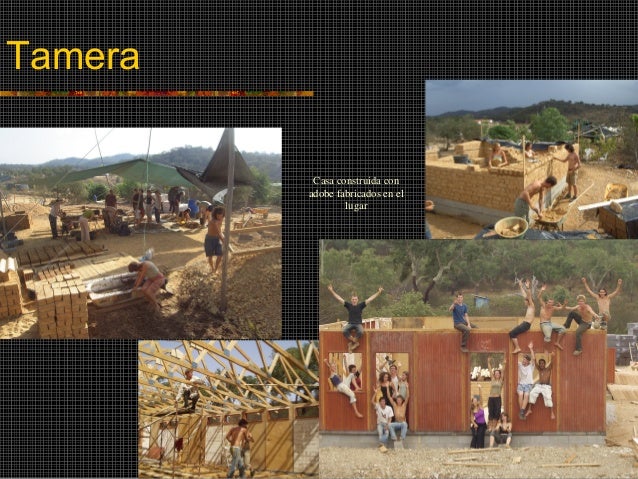 I’m at the eco-village of Tamera, which is a two-hour train journey from Lisbon. More than 20 years ago, a band of Germans arrived here with little money and an ambitious plan to create what they called a “healing biotope,” a template of how humanity could live in harmony with themselves, their fellow humans and the environment.

The Ring of Power was one of the items on the agenda for the forty of us outsiders. Every several months, Tamera allows visitors to live here for a few days and learn how it works. It cost us €350 each to attend, plus €30 each per day for food and accommodations.

Tamera is split into two sites. On the western side is the Campus, where visitors stay. It has a bar, café, kitchen, eating area, cultural center, bookshop, guest house, male and female dorms and auditorium. On the eastern side are the 150 full-time Tamerians. They reside in small villages of 20 to 30 residents — who range from babies to octogenarians — who inhabit caravans, huts, yurts and shacks. The whole place has the feel of a half-finished holiday campsite.

The visitors are mostly well-off Westerners dissatisfied with what the modern world offers and looking for more meaning. Tamera is the brainchild of psychoanalyst Dieter Duhm. He’d been involved in the 1968 left-wing student movements but was confused by their failure to transform the world.

Like other ’68ers, Dieter concluded it wasn’t the material world that needed reshaping, it was the mental one. He came to believe that unresolved sexual desire, jealousy and a lack of trust were the reasons for our problems. Dieter, his partner (and a self-described medium) Sabine Lichtenfels, and a handful of others founded Tamera in 1995. END_OF_DOCUMENT_TOKEN_TO_BE_REPLACED

These notes are for a temperate or Mediterranean climate in the Nth Hemisphere, and for gardens with ample water. Not for example for southern Spain and North Africa where temperatures have been over 40C  (104F) all week with a new record of 47.4C  (117.3F) in Cordoba.

One effect of climate change is climate chaos, e,g. unwatered gardens are shriveling here in Barcelona after 3 months of solid sunshine, yet with sea temperatures up to 30C we can expect Autumn flooding.

Other plants not listed below that can still be replanted here: Courgettes (zucchini, calabacín) grow really fast and fruit bountifully. Pumpkins often just survive the summer and grow huge in autumn. And it’s not too early to start cauliflowers, cabbage, broccoli and sprouts (and leeks) for autumn and winter, planting out the seedlings under nets till the plague of butterflies tapers off.

Planting a mid-summer vegetable garden is an excellent way to increase and extend your garden’s harvest!

Perhaps your spring-planted garden got away from you this year. Or, maybe life was simply too busy to get one planted at all. Well, no worries, (depending on where you live and water availability), it’s not too late! Planting a mid-summer vegetable garden is an excellent way to have a 2nd chance at fresh veggies this year! END_OF_DOCUMENT_TOKEN_TO_BE_REPLACED

There are several reasons that people are opposed to Monsanto, but among the top two are their involvement with GMOs and their corruption of the U.S. government.

One of the more outrageous schemes they pulled off in recent years was to ensure the passing of the “Monsanto Protection Act” that essentially prevented courts from prosecuting Monsanto over GMO-related health issues and was allegedly partly written by the company itself.

Though the Act was only in effect for six months, similar bills have been signed into law that protect companies over consumers. END_OF_DOCUMENT_TOKEN_TO_BE_REPLACED